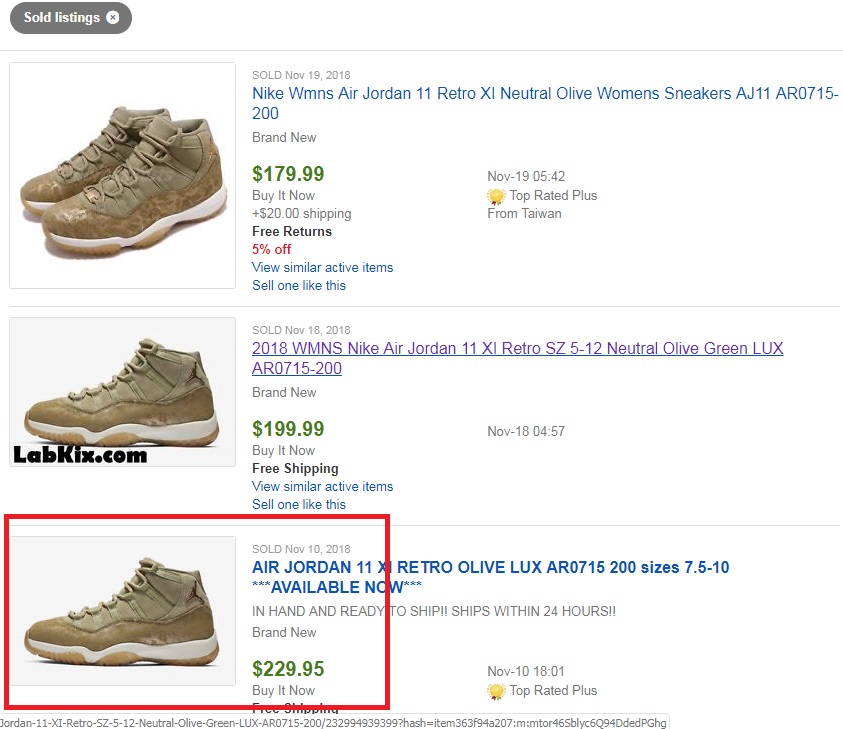 I wasn’t going to waste anytime writing about how limited the Wmns Air Jordan 11 Neutral Olive was but a quick question on linkedin this morning changed my mind. As much as Nike wants to claim that extended sizes were made to accommodate women with bigger feet, we know that the brand is indirectly targeting men that may be interested in the shoes. Last year I wrote a few posts about the emergence of the women’s movement and how it is reshaping the way brands are releasing their sneakers, see link below

Can The $220 Tag On The Air Jordan 11 Black Stingray Be Justified?

Last year, the “black” air jordan 11 stingray came out and could be fetched on third party marketplaces and retailers for as low as $170 a few months later. I hope you get where I’m going with my reasoning

If a conservative color ( black) sat on shelves, then I’m assuming that a less conservative iteration will do much worse

My statement above was purely subjective so let’s take a quick look on eBay and possibly other third party marketplaces to see if picking up a pair of the Olive 11’s will be a hard task. 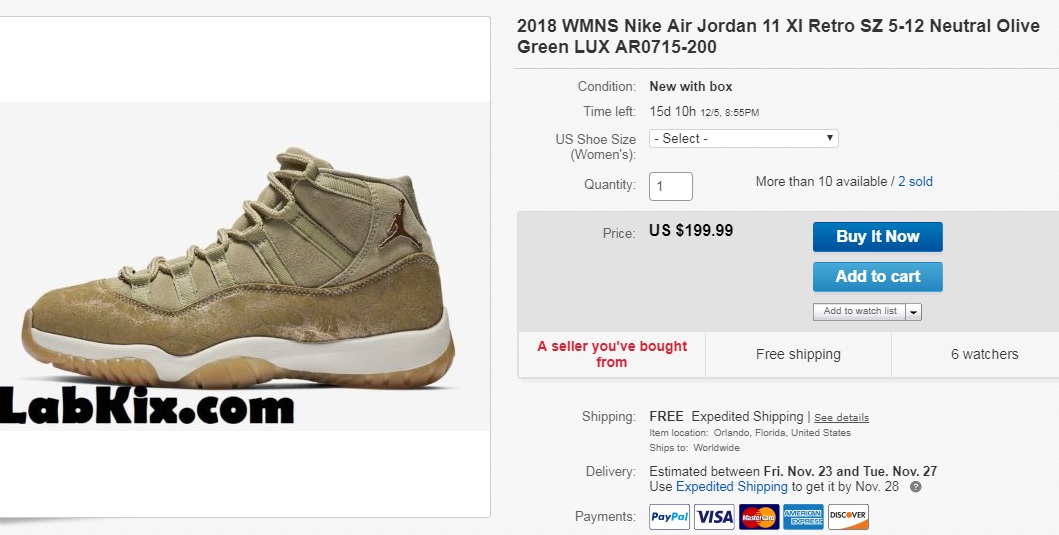 A few pairs were sold on eBay so far and the highest the shoes sold for was $229 ( someone got suckered on November the 10th and paid basically retail). So I wouldn’t say the individual was taken advantage of because he/she paid basically paid the suggested retail price ( $220 + tax) for the shoes. I don’t find the need to even write about the number of pairs produced ( it will be a useless task at this point).

The Air Jordan 11 Neutral Olive is going to be another headache for retailers who will find themselves lowering its price two to three weeks after it releases.