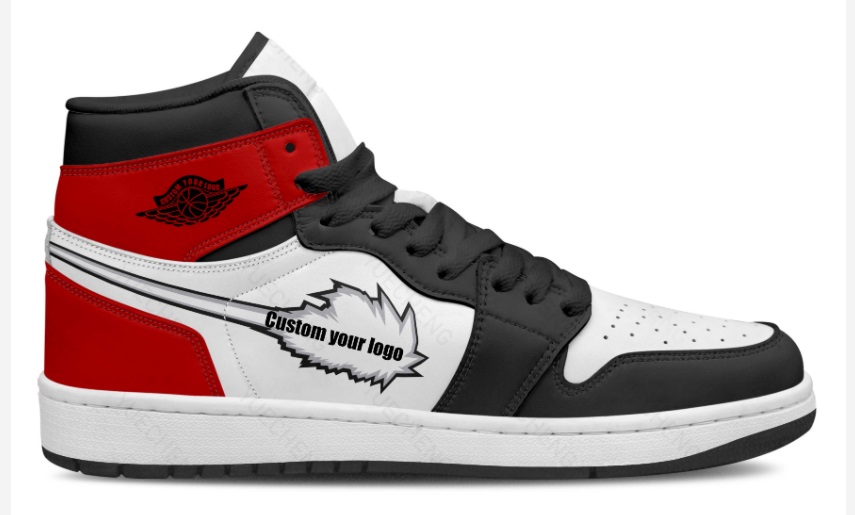 The number of Jordan Retros and exclusive sneakers’ consumers getting fed up with release date shenanigans is growing at an exponential speed. There is a level of frustration within the sneaker community that has exceeded the norm. Major brands and retailers have not found the way to be equitable to all their customers. The same people seem to be the only ones able to score either one or multiple pairs of exclusive and even non exclusive sneakers when they drop. I purposely included general release sneakers because they are also darn near impossible to get as well. The raffle system has been a major failure because of flaws within it , folks are able to log in multiple entries , sometimes up to 1000 entries per individual. This increases their probability of winning significantly and it leaves others with  no tech savvy completely dry. Let me give you a quick picture of how destructive this is. The Air Jordan 1 High OG Hyper Royal is about to release in about 9 days from today. Given the exclusive nature of the shoe, most boutiques and retailers are going to raffle the pair. I haven’t written a projection of the numbers produced yet but I wouldn’t be surprised if only 200, 000 pairs were made. Let’s assume that Footlocker receives about 30% of the entire inventory, that’s about 60, 000 pairs. We know that the company is going to raffle it. Check out this scenario.

Customer X who belongs to a discord group and is computer savvy has registered about a 1000 entries under different names. Suppose that there are about 100 other members in this group ( and I’m being very conservative) that have also registered about a 1000 entries. So this group alone has about a 100,000 entries registered to its name. Customer Y who knows nothing about these gimmicks registers one single entry; let’s also assume that there are a total of 100,000 individuals just like customer Y who also register only a single entry. Now let me show you each customer’s probability of winning:

Customer X’s chances of winning exceed Customer Y’s chances by 10,000, meaning Customer X is 10,000 times more likely to win a raffle than Customer Y. Now do you see why the raffle system is absolutely ridiculous for folks who don’t know what is going on behind the curtain.

That’s not the only problem at hand. The most destructive thing that has happened is the advent of  backdooring sneakers. I wrote a post about that , see link below

Backdooring Sneakers is the new normal

Brands expect consumers to put up with their idiosyncrasies because somewhere they have developed the ” you can’t do without us ”  syndrome.  Nike is convinced that no matter what happens , people are always going to want a pair of sneakers with a swoosh logo. Retailers shelves are 3/4 dominated with Nike products. In all honesty I don’t foresee Nike ever declining, I don’t think there is going to be a time in history where people are going to completely turn away from Nike. With that said, this doesn’t mean there aren’t consequences to the nonsense that  the sneaker community has been subjected to. There is a perfect storm brewing and I want to rapidly mention it. I have noticed the birth of three types of consumers.

1. The screw Nike  where them UA’ at  movement

First let me define the term UA. UA means Unauthorized Authentic and the term is used to describe Fake sneakers that look as if they came out of a Nike Factory. I’ve written extensively about this type of sneakers , see link below

I want you to check out the screenshots below 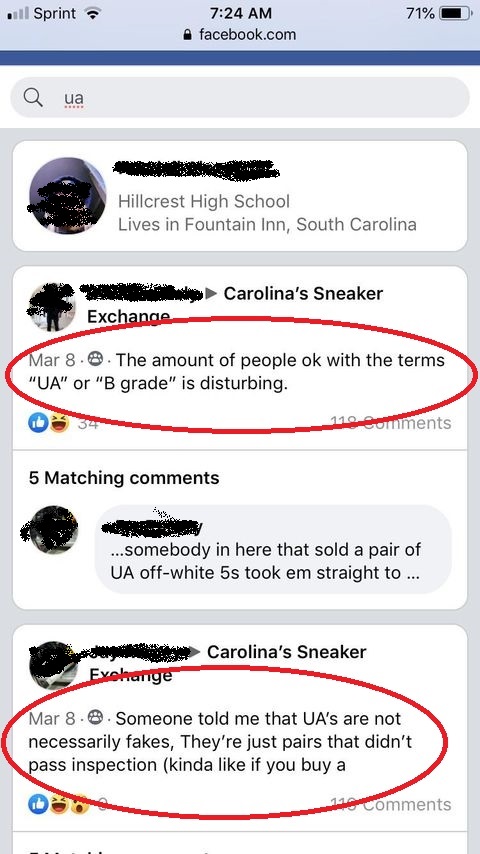 In the early 2000’s and late 90’s, folks used to get excommunicated for promoting or selling fakes, but that has completely changed now. There are growing communities that exist that actually solely focus on collecting UA( the acceptable term for fakes) sneakers. Why do you think this has happened? One because it is almost impossible to get sneakers via retail. And two because people are not willing to pay the exorbitant prices resellers are charging on third party marketplaces. And finally because the fakes are built with OEM materials and look darn good. 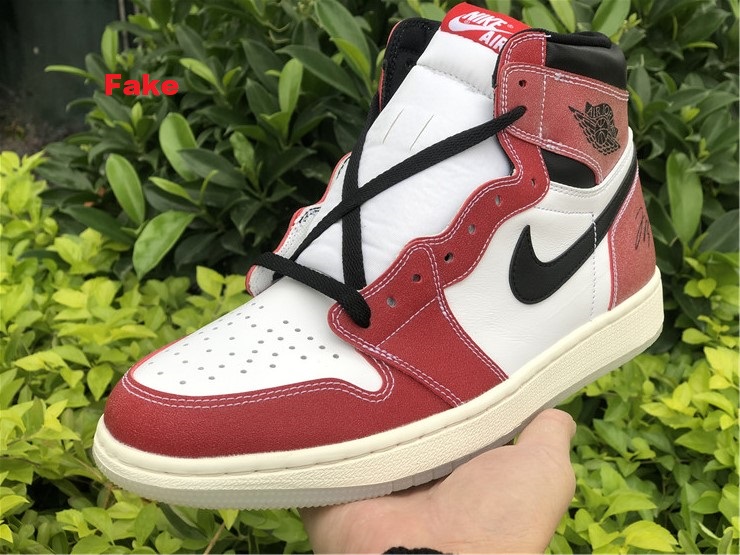 This is a fake pair of the Trophy Room X Air Jordan 1. Only 12,000 pairs of this sneaker were made and it currently has a resale value near $3000. The fake above looks so close to its authentic counterpart and only costs about $170 and guess what: the bootleggers are never out of stock. So what do you think is going to happen? Obviously more and more folks are going to gravitate towards these. I get completely fried on youtube every time I share a Real Vs Fake video. I always get comments such as you will see in the screenshot below

Now let’s talk about the next group of consumers

2. We’ll create our own sneakers

This group resembles the first one but with a little twist, they are more judicious. To avoid selling “counterfeits” they’ve created prototypes of popular sneakers with their own logos and are actually thriving. I wrote an extensive post about it, see link below

I’m just going to show you a screenshot from a post I saw on a Facebook, it basically sums up and captures the sentiment of many consumers in the sneaker community 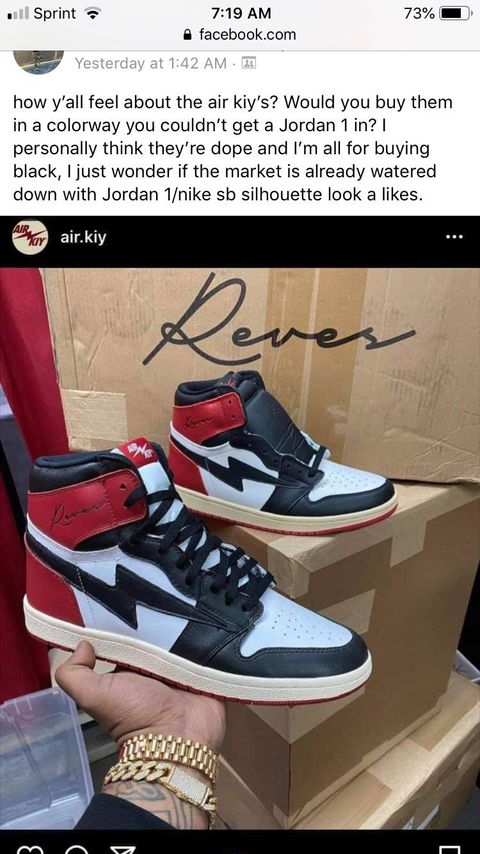 I wasn’t going to mention Alibaba for fear of opening a can of worms but I think it’s worth mentioning. Alibaba has made it so easy for folks to make their own versions of the Jordan 1 and the Air force 1 that in the months and years to come, I can guarantee you that the market will be overly flooded with Nike prototypes, especially on silhouettes that are thriving. Check out the screenshot below 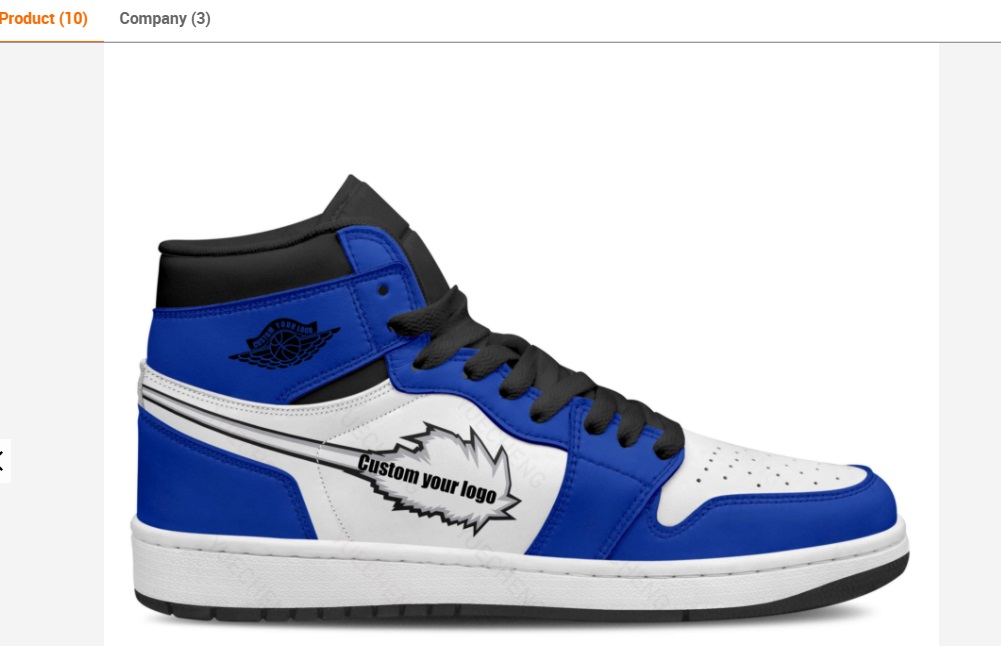 For as low as $40 you can get your own pair of Jordan 1 prototype and use whatever materials you want to use. And if you don’t believe this works, check the image below 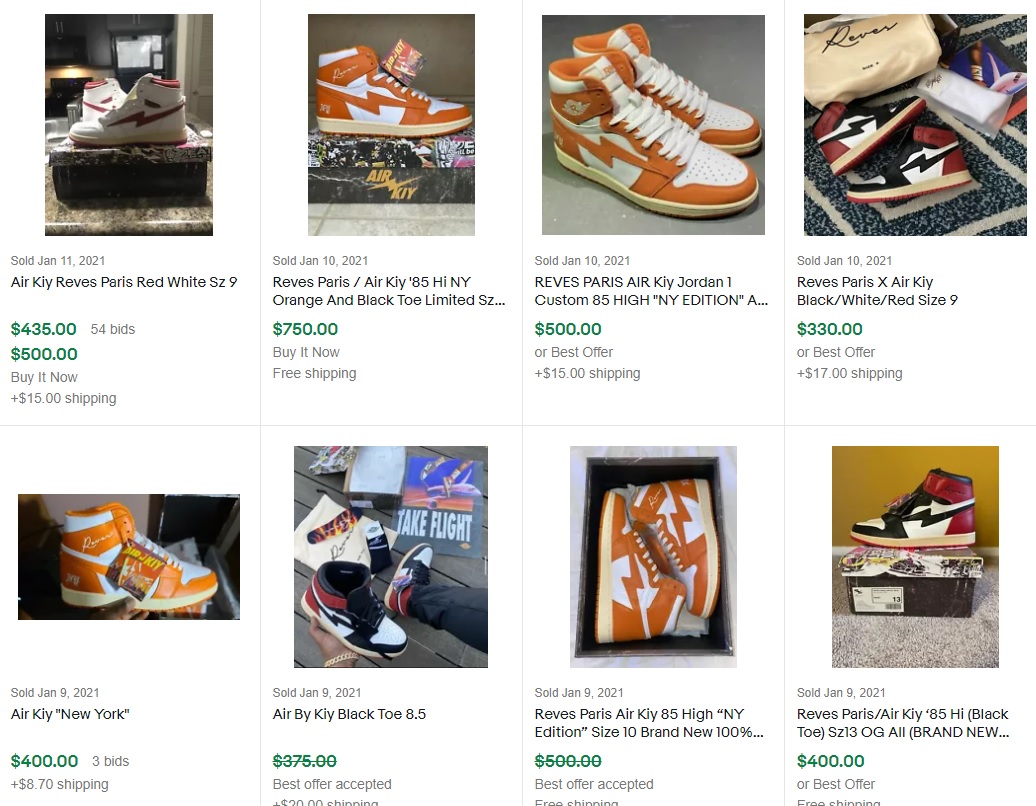 This is how much the Air Kiy’s are reselling for via eBay. For more information on this visit the link I provided that discusses this issue.

This group is made up of people who want no part of the madness. And I’ve progressively made my way into this group. They are more reasonable buyers who actually aren’t narrow minded and buy more than just Nike, Jordan retros, Yeezy’s and hyped sneakers. And I think other major/minor brands that are struggling to compete with Nike need to target this group. Folks that belong in this category are looking for other alternatives beside fakes and other prototypes. They are in search of good looking sneakers built with premium materials, that are affordable, comfortable and relatively easy to get. And I believe other brands need to focus their attention of capturing this group instead of desperately try to compete blow for blow against major brands.

Now you know why I was talking about the forming of a perfect storm. I’m looking forward to seeing how the sneaker industry is going to be disrupted in years to come.