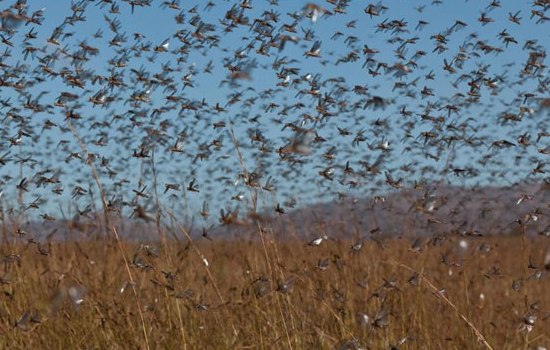 The most abhorred folks in the sneaker community are the hype beasts and the resellers. The first group is hated simply because of its lack of originality and the second because of its capitalist nature. As much as resellers are scorned, they play an important role in the sneaker world for reasons I’ve mentioned in several of my previous posts. Now that the sneaker game has gone mainstream, it has led to the birth of new third party marketplaces such as GOAT and StockX. The emergence of these platforms is causing havoc within the reseller’s world by engendering what I call vultures. I haven’t been quite clear in the sentences above but today’s post is my attempt to introduce you to a new breed of resellers that have the potential to be very detrimental to the sneaker world. To shed more light on this new group, I will be giving you a quick of breakdown of  the different types of resellers that exist within in our world ( sneaker world I mean).

These are probably the most compassionate resellers you’ll ever come across. They resell for the love of the game, most are also fellow sneakerheads that will go to a great extent to try to get their peers shoes they’ve been looking for. Their profit margin is not that significant (decent mark up) and they basically are appreciated for looking out (or throwing alley oops) for other collectors. You’ll usually find these guys in most social media sneaker groups. They almost operate like a 7/11, their profit margin like I said earlier isn’t considered ridiculous hence they are tolerated or shall I say accepted.

Folks in this category have zero clue what they are doing; they usually get up on any Saturday morning and hope to make a fortune on any Jordan retro (whether GR or limited) that Nike is releasing. Every now and then they may score a home run, but for the most part they foolishly invest their money into sneakers only to get stuck with them and suffer huge losses. They eventually give up the reselling game (and claim reselling is dead once they get burned a couple of times).

Most of the guys in this group are also sneaker heads but with a lot of capital. They have figured out ways to turn their passion into a business. These are your typical eBay power sellers who have  connections with sneaker boutiques, retailers and sometimes utilize shady tactics to acquire the gigantic inventory they have. Some are liked and others disliked, the latter because they are often viewed as spoiled brats that only have what they have because of daddy or mommy’s money ( some can be put in the hypebeast category).  Many consignment stores fall under this category too but these are guys that have actually worked hard to get where they are (so no disrespect to them).

They are also sneaker heads who  enjoy studying the shifting trends in the sneaker industry from a business standpoint. They can predict what shoes are going to do well in the retail market or  third party marketplaces based on data they collect or past history. They resell because it’s a hobby; some of them also do it because they have to pay the bills. They can be a great asset  to brands, retailers and resellers that want to thrive in the industry.

Guys in this category have zero interest in sneakers, they are in it for the money. Like biblical locusts, they destroy everything in their way and will stop at nothing to achieve their ends. A lot of them are bulk buyers from overseas who only buy certain sizes in kids and men’s ( size 3.5y-6y , size 7-9 in men’s). They move silently and usually do not purchase with credit/debit cards ( but cash money) and have people in every state. They move in waves into local malls/stores and buy out every size from 3.5-6 in kids or 7-9 in mens. If you wonder why those sizes in certain style #’s are going for three times their retail price on eBay, StockX, GOAT it’s because they aren’t available in stores anymore. This may sound like “hate” but it really isn’t because there is a certain level of common courtesy that is lacking on their part. Yes everyone wants to make money, and I’m not against it but when it gets to the point where it’s hurting other folks, then there is a problem. Most of them are shipping these sneakers  overseas and in the process making it impossible for folks with smaller feet to get anything stateside. Everyone is affected by it and the ones suffering the most are the consumers. I’ll give you an example that perfectly illustrates this problem ( by the way I wear a size 13 so it doesn’t affect me).

The same shoe is selling between $179 to $207 in sizes 7 to 8.5 and $85 to $100 in sizes 11 to 13. The shoe is still available in stores in sizes 10-13 but not in sizes 9 and below. And do you know why? Because the bulk buyers completely ravaged every possible location within the USA and then sent them overseas, so good luck finding smaller sizes if you have little feet. And they are doing with this with Grade School sizes as well. Now you understand why I said they are more lethal than biblical locusts, I’ll stop here.