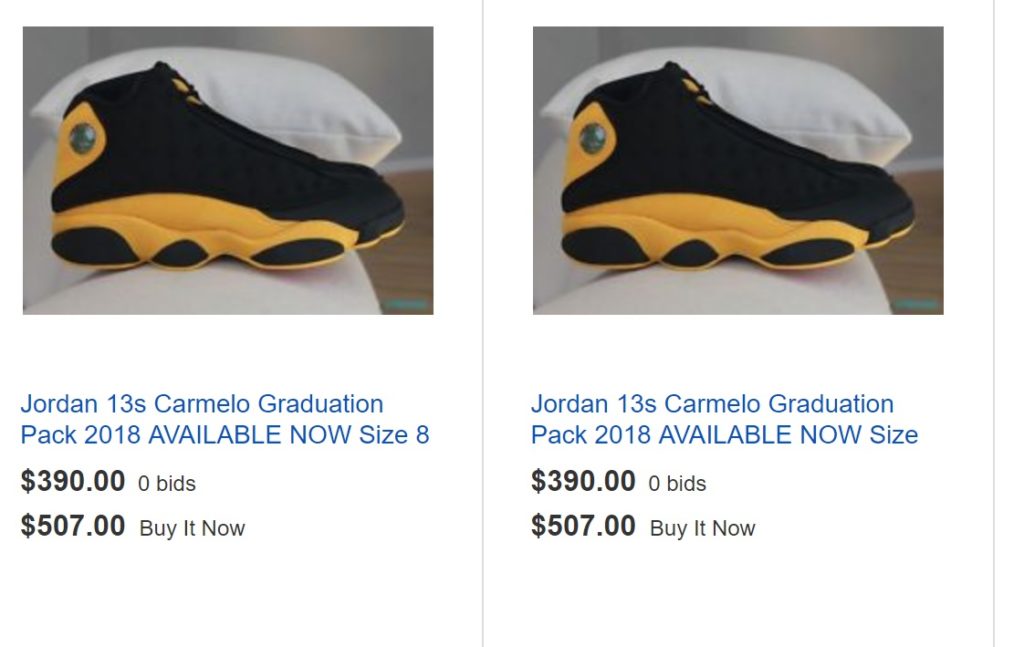 I wrote a post a few days ago attempting to find the number of pairs of the Air Jordan 13 Melo that were produced. In the post I also came up with an estimate of the market value of the shoes ( resale price) and the average selling price was $240. I also had a list of stockists with and inventory  and Nike of course was one of them; two days ago I wanted to download more pictures of the shoes and they suddenly disappeared on Nike’s release calendar. Yesterday  sneaker blogs erupted with the news of the cancellation of the men’s pairs of the Melo 13 due to quality issues. That’s when I realized why Nike had taken the shoe out of the launch calendar.

My next move was to go on third party marketplaces to see if the cancellation had affected the resale value of the sneaker and it undoubtedly did. It’s the good old rule of supply and demand again that applies here, the Air Jordan 13 Melo has suddenly become a hot commodity overnight and folks with earlier inventory are currently sitting on a gold mine. Let’s see how much the shoes are selling for on eBay and StockX since yesterday September the 14th.

eBay’s data wasn’t very convincing with prices ranging anywhere from $240 to $275 ( I suspect that most sellers doing preorders haven’t realized what has taken place and will be surprised this morning). 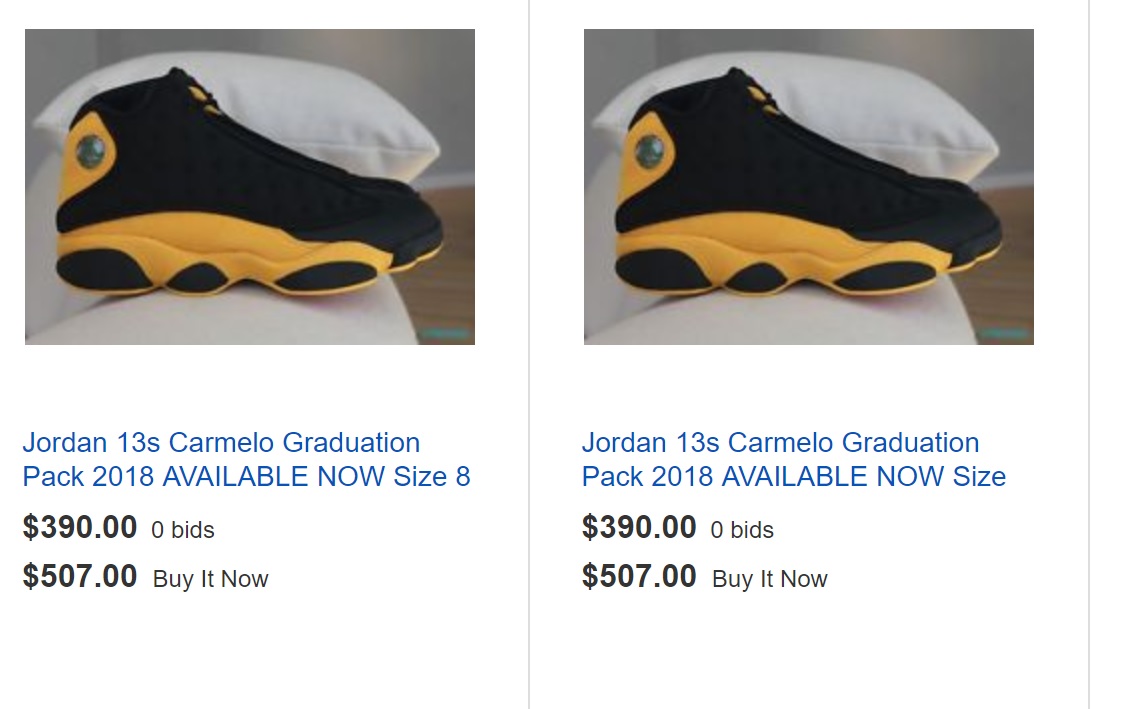 There are only two sellers currently carrying men’s sizes and one of them is askign a ridiculous BIN price of $507 while the other wants $294.

Let’s see what the prices were before September the 14th 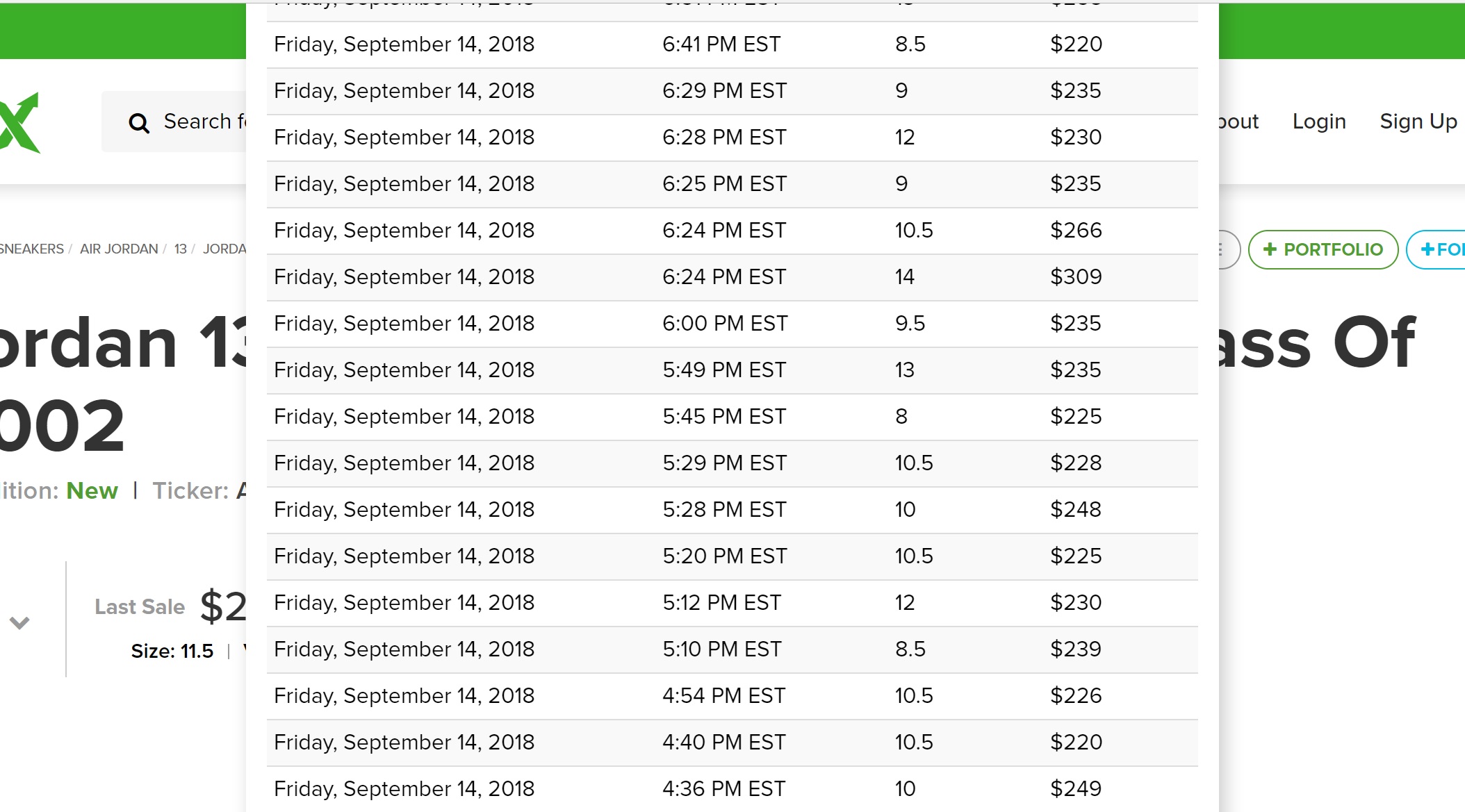 You can clearly see the sudden change, it’s actually interesting because up to 6:41 pm, the shoes were still selling for $230 and under ( there are some irregularities especially for the size 10) but for the most part the price was between $220 and $240 and suddenly this morning everything changed and we are currently looking at an average of $300.

I also wanted to include a screenshot of the current asking price via Kixify, see picture below

I’m not sure when Nike is going to release the Melo 13 again but those who have acquired an inventory early will definitely capitalize on them now.

You can BUY IT NOW VIA STOCKX-CLICK HERE