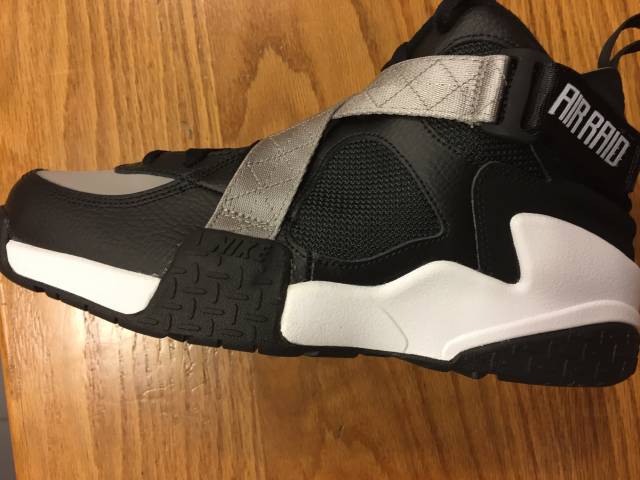 If you don’t believe that Nike controls both the retail and the resale market, I will advise you to rethink that again. In the last 8 days, I conducted a very micro experiment that  has wider ramifications. The Nike Air Raid released in its OG colorway, the black, grey and white one and it ended up being my fastest selling shoe of the past 6 months. I was actually very astonished with the rate at which the shoe sold. I spotted them on a DTLR shelf on October the 4th and took a couple of shots of it. I listed the shoe for sale on a third party marketplace at $189.99 ( that’s about a 28% mark up)  and sold about about 3 pairs within the first 24 hours, see image below 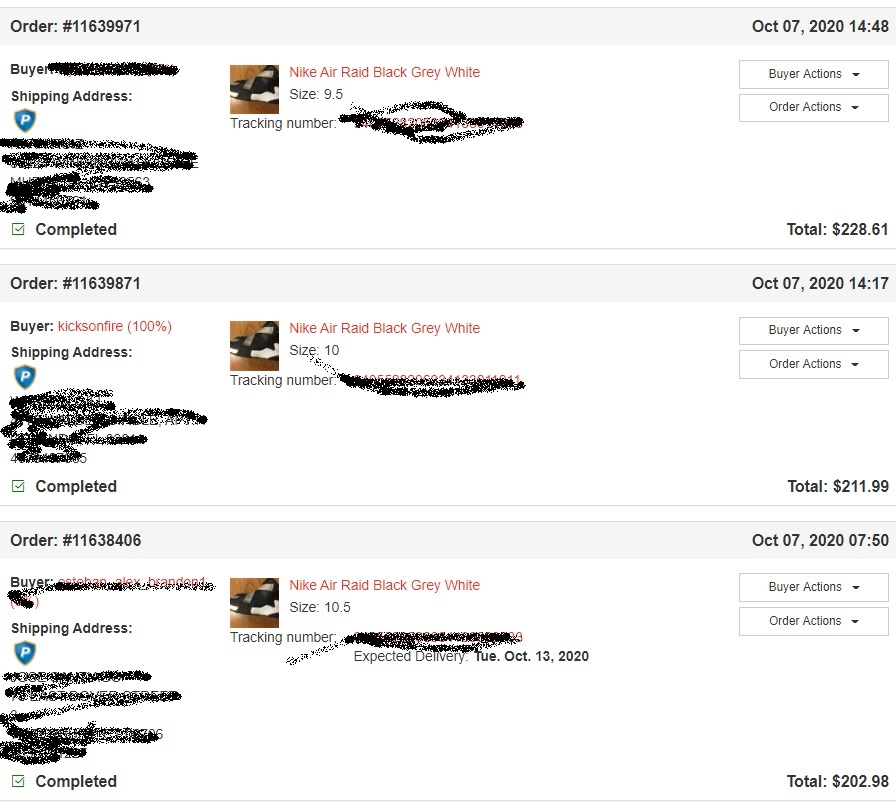 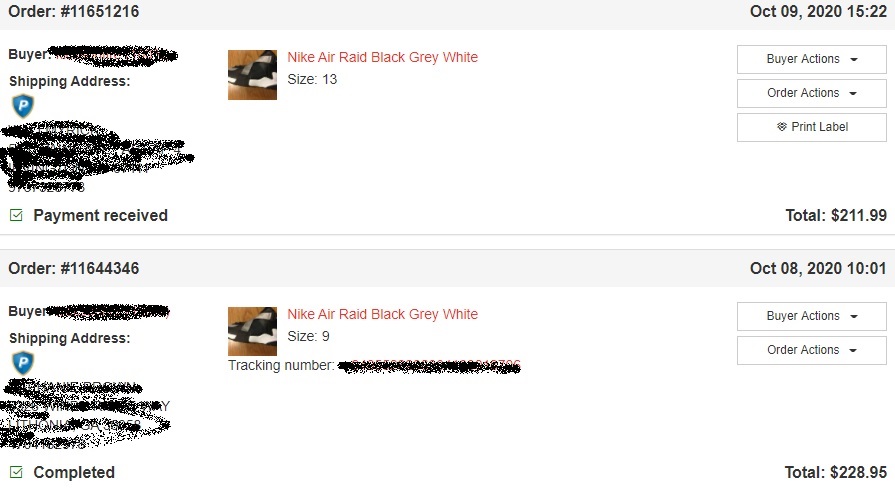 Why am I giving you all these details and saying all this? First you need to understand some of the  principles that govern the way I run my resale gig ( yes it’s a hustle, it isn’t a business); under normal circumstances a shoe like the Air Raid wouldn’t make it to my virtual shop, that’s because I don’t waste my time with dust collectors. If you wonder why  the Nike Air Raid OG falls under the category of  a dust collector is because when  it rereleased in 2014, its sales’ performance was so  atrocious that I didn’t even want to pay the $69.99 discounted price for it when I found them at the outlet in that year. So the big question is this ? What caused this shoe to be all of a sudden a desired rarity ? Tell me how a shoe that tanked in 2014 gets a revival and performs this well both  on the retail and the resale market ( reselling at a 30+% mark up) 6 years later.

The answer is very simple, the element of surprise and the limited quantities available on the market. When I spotted them at DTLR, I had no idea that they were even making a return, you’d think Nike would put such a shoe in the doghouse. But understanding the signs of the time is very important. Nike re-released the Air Raid  at the right time, it’s a black shoe, the 90’s theme is still a very prevalent concept in the shoe community, that’s a recipe for success. At the same time , Nike elected to release them via select retailers in limited quantities. So the element of surprise, the limited quantities couple with the added catalysts ( Black shoe and the 90’s) make for the perfect combination, and the result is right before your very eyes, the shoe is relatively highly sought after.
So who really controls the retail and the resale market? Nike of course. But some of you would argue that Nike is just one of the many brands available on the market. But what you fail to understand is that  most retailers ‘ walls are dominated with Nike shoes , I have written several posts about it, see the link below
9/3/19 Mall Sneaker Scouting & Observations | Heavy Reliance On Nike
I made the following observation when I visited DTLR, see image below 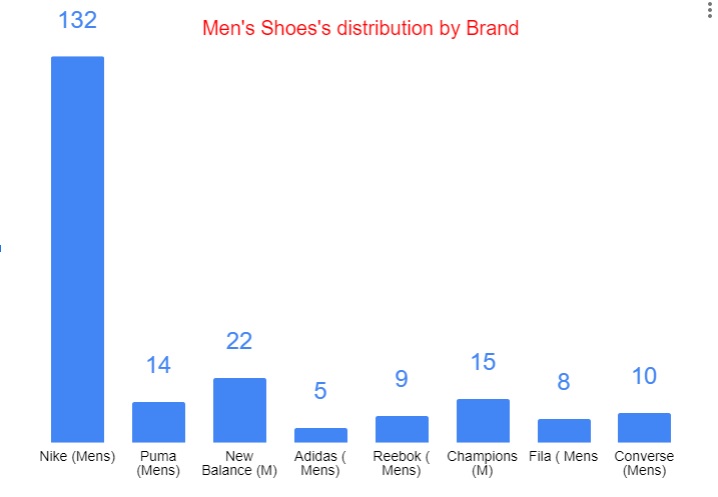 This was the DTLR men’s shoes distribution by brand. 61.4% ( 132 out of 215)of the men’s wall is made up of Nike sneakers, 10.23% ( 22 out of 215)by New Balance ( which is the most represented brand beside Nike). You can see the clear disparity between Nike and the other brands and that’s a huge problem. Basically Nike decides who gets to eat what, when and how. And all this depends on these three supposedly well known elements: surprise, quantity and sign of the time.