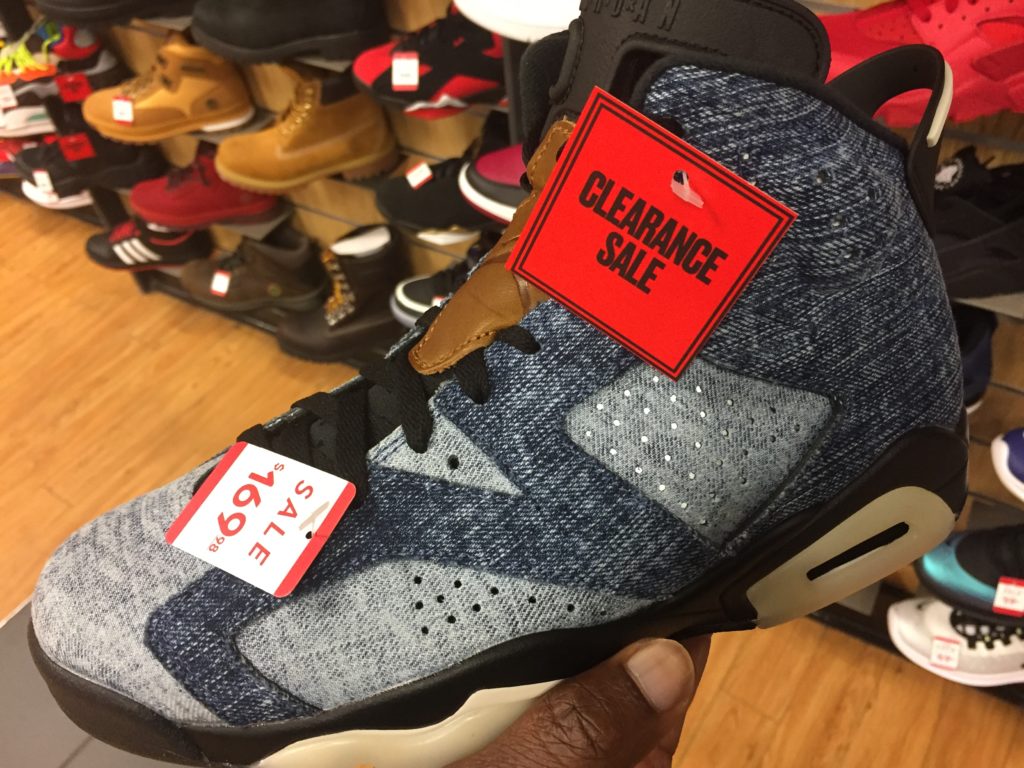 I went out on Friday morning to pick  up a couple of orders I received on my website, and I had no intention of doing any scouting in the mall. I couldn’t help but notice the amount of sale items on several retailers’s shelves. One particular one was the recently released Air Jordan 6 Washed Denim that was already marked down to $169.99  (with a clearance tag attached on it). A couple of years ago I would’ve thought the sales’s associate mistakenly tagged the wrong shoe, but occurrences such as this are no longer out of the ordinary. I wrote a post a month and some change ago in which I stated that retailers would have to function like third party marketplaces in order to compete, see link below

If you wonder what led this particular retailer to mark down the Air Jordan 6 Washed Denim to $169.99   the figures below might provide you with some answers. We’re going to look at the progress of the shoe before its release date all the way up to January the 11th ( approximately two weeks after it its official release date). We’ll lean on third party marketplaces data to make our case. The official release date was December the 28th. 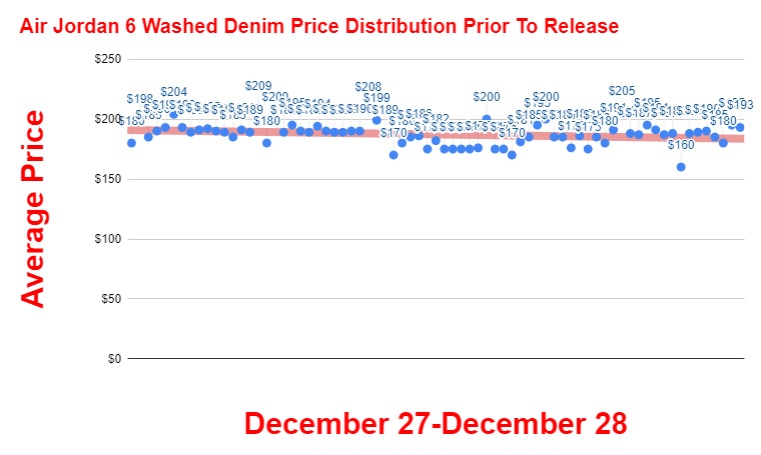 The highest the shoe sold for before it released was $209. Its suggested retail price is $200 before tax and $212 after tax ( if you live in Maryland), so retailers already had their hands full before the item was available to the general public. Based on the data collected above, the average sale price of the shoe via third party marketplaces was $187 ( that’s about 11.79% below the suggested retail price), in other words, retailers were already defeated before the shoe was dropped, hence they can’t compete. 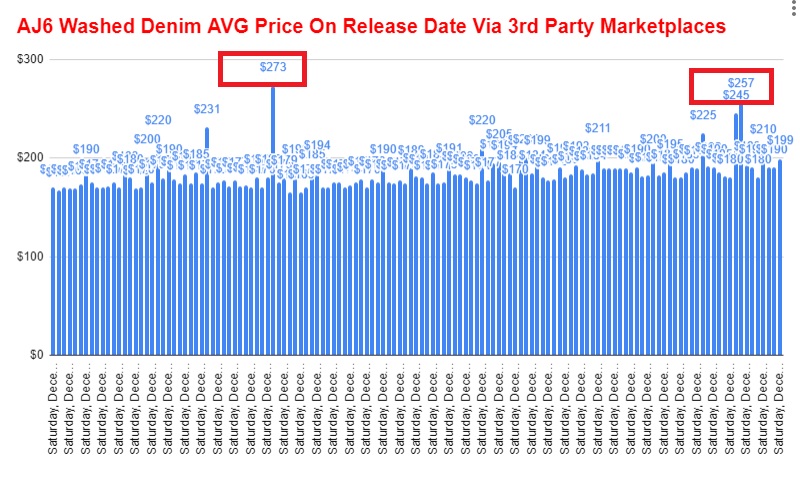 I purposely highlighted the $273, $257, and $243, those were all outliers. The average sale price based on all the entries is $184. And the numbers below are considered outliers based on the five number summary 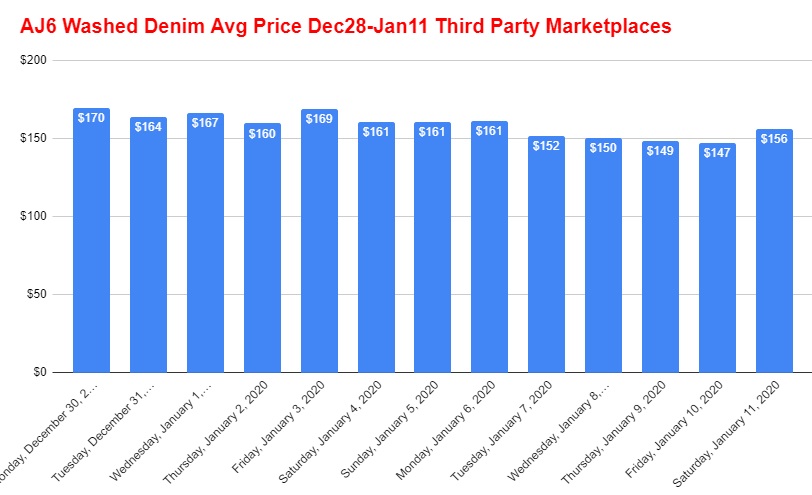 You can clearly see how the average sale price of the shoe has plummeted within 13 days. It went from $170 on December the 30th to $156 by January the 11th. So in literally 14 days the Air Jordan 6 Washed Denim lost about 26.41% of its retail value. Now the question is- How do we expect retailers to compete against the prices offered on third party marketplaces when a lot of transactions in our era are taking place online.

You can buy the Air Jordan 6 Denim now on eBay , see listings below