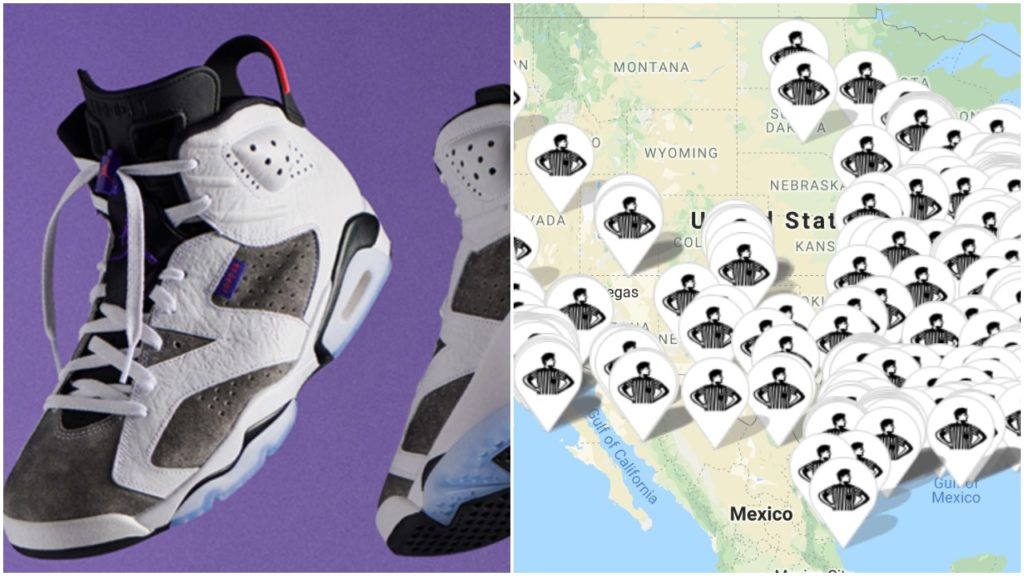 The Air Jordan 6 Flint is making its official debut on Saturday December the 12th and my primary task was to come up with an estimate of the number of pairs made. I don’t think I’ll dive deep into the projection because the shoe is already available on eBay for below retail. All the major retailers and  some minor retailers are receiving an inventory and let me show you a quick list of stockists I’ve already counted beside Nike

I’ll make some quick assumptions and give you a rough estimate based on the following:

Footlocker, FTA and Champs will receive about 1/3 of the entire inventory

.Each physical location will receive an average of  18 pairs ( I’ll use this average to make the task easier)

HOW MANY PAIRS HAVE ALREADY BEEN SOLD?

I wanted to do something different today just to see where the third party marketplaces stand in the food chain and how disruptive they can be. So our prediction was about 60,000 pairs so let’s see what percentage of that is already sold via the Third party channels.

eBay: I only recorded 6 pairs sold on eBay ( that is very insignificant compared to the number of pairs made)

StockX: 84 sales recorded via StockX, see screenshot below that also gives you an overview of the current market value ( $165)

Kixify: I recorded about 13 sales via Kixify, see screenshots below for an average value of $206.38

GOAT: Icouldn’t collect any data on there so we’ll disregard the platform for now.

103 pairs is basically .0017 or .17% of the numbers of pairs made that were sold at an average of $186.93 via Third party marketplaces. What inferences can we make based on that?

At first glance it looks insignificant but the .17% only represents the number of sales recorded not the number of listings. The only inference we can make is that the Air Jordan 6 retro flint will be a disaster for retailers. Their only hope is ” cash customers” and I think gradually with the new cash apps in place those customers will also migrate to the internet which leaves retailers in a precarious spot.

I’m going to monitor this release for the next 7 days to see what sizes are still left via Retail online and in store possibly ( I’ll just visit my local mall and use it as a sample). The Jordan 6 flint is going to probably hit the outlet in a few months so i’ll invite consumers to not blow their hard earned dollars on the shoes now. Be patient and wait till it hits the outlet.

You can actually buy the sneakers now on eBay from under retail, see listings below