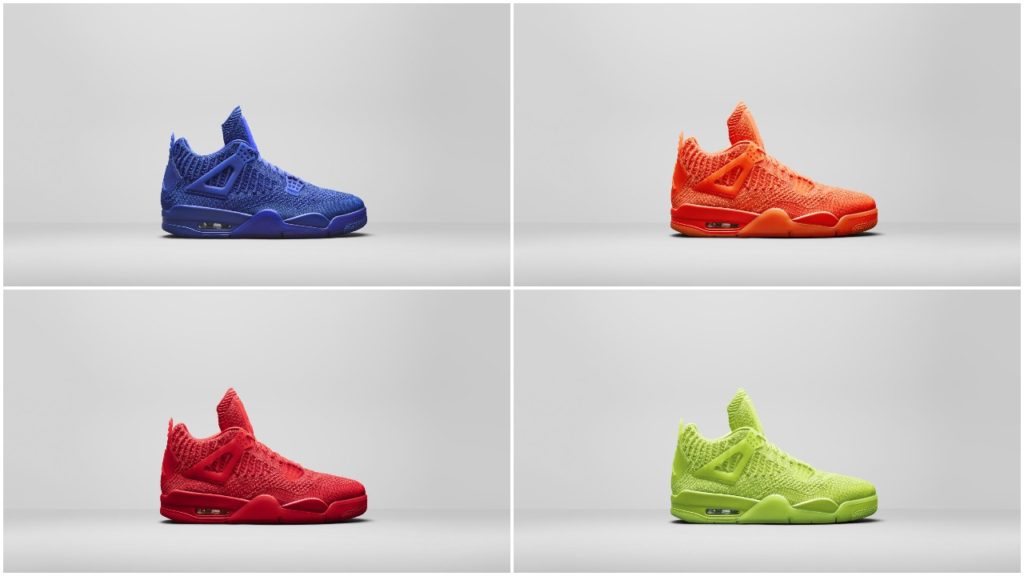 I was checking Jordan Brand’s upcoming release calendar and came across another head scratcher: the Jordan 4 Flyknit Pack. It will include four pairs in flamboyant colors built with Flyknit materials and will cost $220. I’m really not sure what Nike is up to, but the concoction of Flyknit, candy colors and Jordan Retro silhouettes has proved to be an atrocious match. I don’t want to be subjective so I’ll prove my case with simple screenshots. The Air Jordan 1 Flyknit Pack was introduced in 2017 ( that’s two years ago) and came in OG colors (conservative colors) and it is still sitting online via Footlocker and Footaction, see picture below 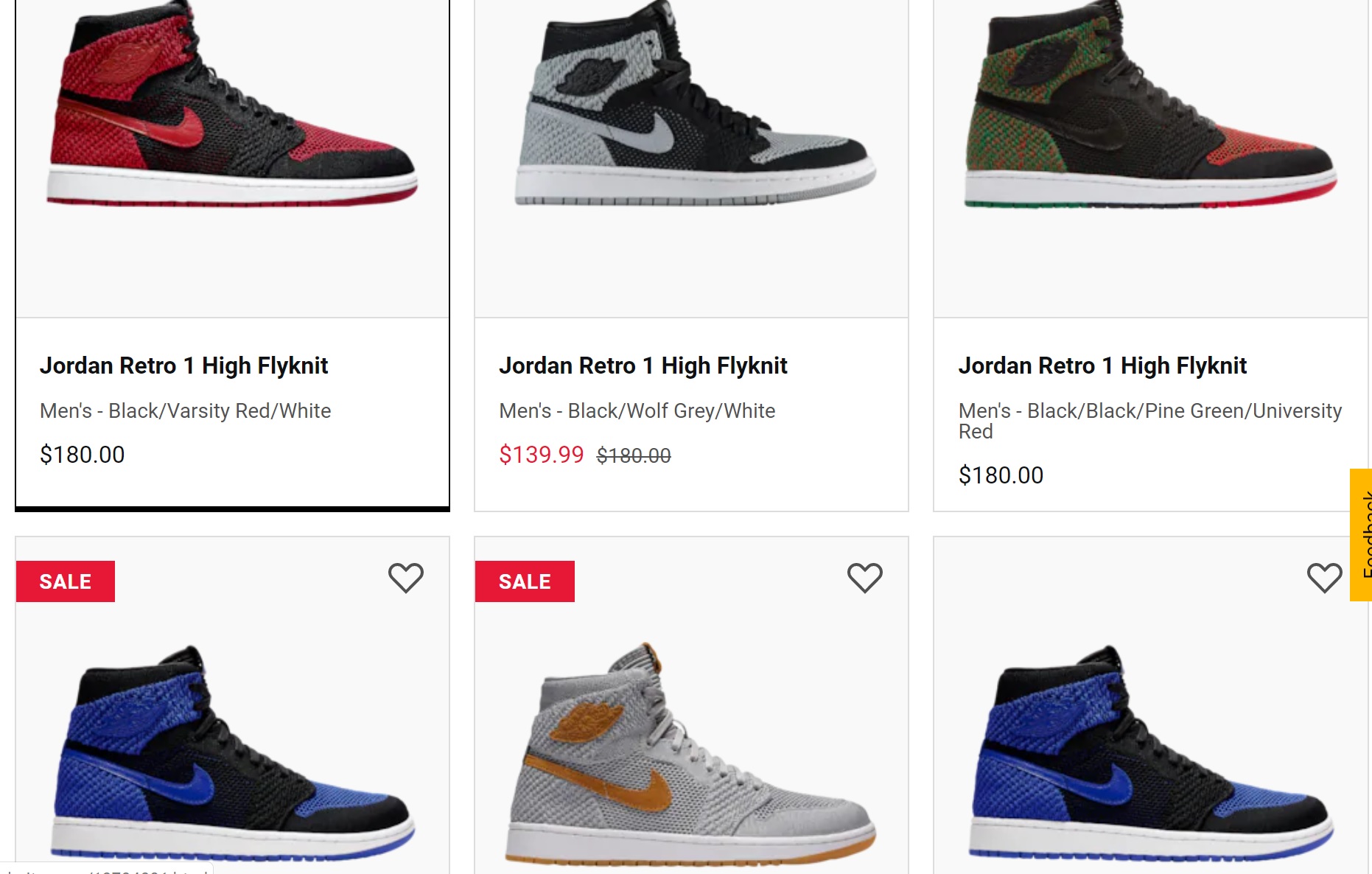 If the shoe is sitting online via major retailers’ websites, what do you think that implies?

My next argument is that rainbow-like colors on Jordan Retros are not shown love by consumers, see the picture below:

Jimmy Jazz still has the colorful Jordan 18’s in stock and has marked the pack down to $179.95 (20% below retail) and still can’t get rid of it. I walked into a DTLR location about two weeks ago and passed up on the blue Jordan 18’s even though they were marked down to $79.99 ( 65% below retail). I’m hoping that as I’m giving you this information, you’re formulating your own conclusions.

Let’s use a lit bit of logical reasoning; the Jordan 1 silhouette has always been coveted and it only costs between $120 -$180 in GS to Men’s Sizes. If retailers were not able to clear out their inventory of the Flyknit 1’s , what do you think will happen with the Jordan 4 Flyknit Pack? Not only is it releasing in flashy colors but it also costs $220.

How do you think retailers will fare with this shoe? Nike isn’t being loyal to the Edit To Amplify campaign and consequently retailers will continue to pay the price for the brand’s lack of consistency.