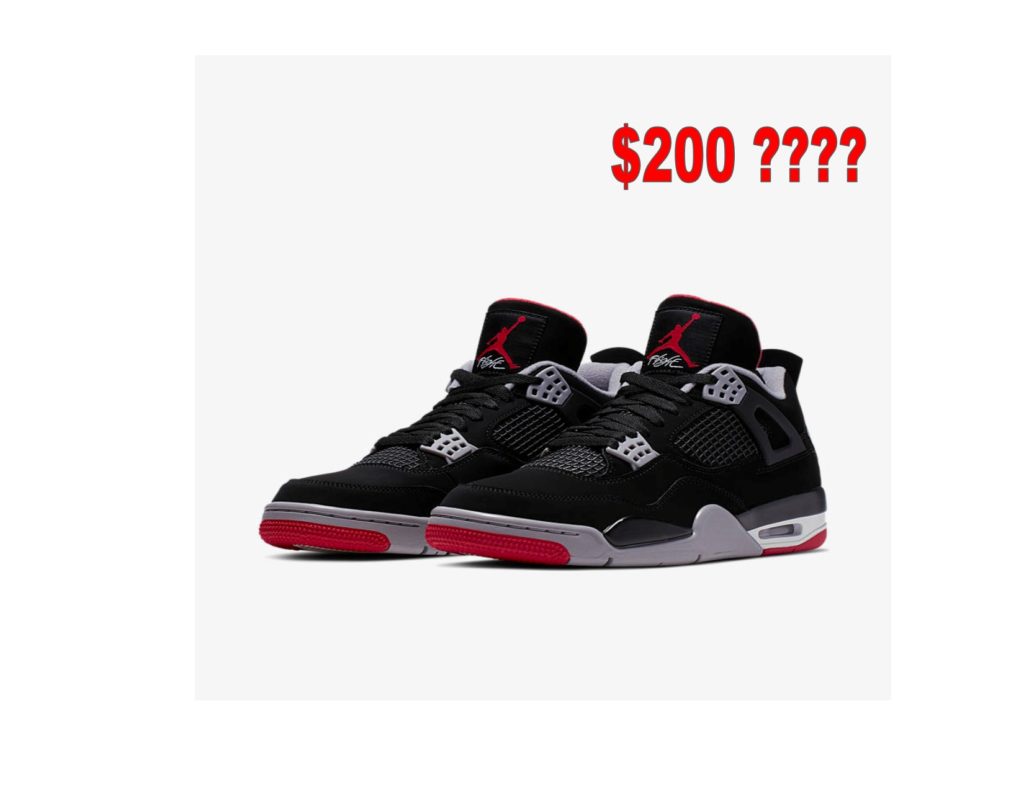 It is definitely fitting for Nike to reintroduce the Air Jordan 4 commonly known as the “bred 4” this year to celebrate its 30th anniversary. The Bred 4 was originally released in 1989 and retailed for $110.; since then the shoe was brought back a few more times ( 1999, 2008 and recently in 2012). As you all know its retail price has increased with time and the 2019 edition has a suggested retail price of $200, which begs the question- is the shoe overpriced?

Nike reserves the right the change the prices of their product as the brand sees fit but it’s the consumer’s responsibility to decide to proceed with the purchase or not. Usually a change in price may be due to more accessories or perks added to the product in question; but in the case of the 2019 Air Jordan 4 “bred”, from the pictures that I’ve come across, nothing extra has been combined with the shoe itself ( it might change but so far there is nothing supplementary). Another factor that may lead to a change in price is the inflation and according to the cpi calculator,

This is a $23 margin ( a 13% mark up) and I’m convinced that Nike’s next main target is Resellers. By squeezing and diminishing the margins, the brand is creating a level of frustration within the third party sellers that will eventually force them to abandon the “Reselling game”. But let’s not fool ourselves because Nike isn’t doing this to please the consumers but rather to inflate their own revenues.  I have been talking about the Nike DTC for quite some time now and no one ( retailers, other brands and resellers) are safe from it. I don’t know how many pairs of the Bred 4 have been produced but a $23 bonus on each pair times the number of units made is another WIN for Nike. I’ll definitely write a projection post on this shoe so stay tuned.

You can buy the Jordan 4 Bred now from our featured sellers on eBay, see listings below