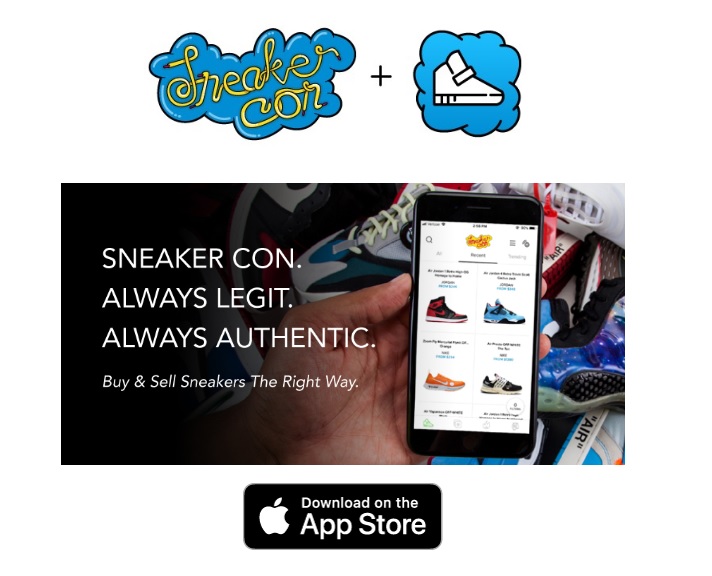 I was digging into my spam messages on Saturday searching for emails from Footaction in regard to recovering my password and to my surprise I came across an interesting invitation from the owners of Sneakercon. For those who don’t know, Sneakercon is the originator of the buy/sell and trade live shoe events that are so prevalent now in the sneaker community. I used to attend all their local shows but I stopped a couple of years ago because they were catering more to folks seeking to trade their  sneakers or window shop. I  want to personally thank Alan Vinogradov, one of the organizers of sneakercon for setting this type of live physical marketplace in motion because it showed how much of a hot commodity sneakers are. Every time I went to a sneakercon event I came home ecstatic because I sold about 40% of my inventory at a decent 25% to 70% mark up based on the exclusivity of the sneakers I brought with me. My partner Kevin Ziminsky can attest to that. But what started as a great place to sell one’s inventory became more of a headache and a hassle about two years ago . And like I said earlier, some of the reasons were the institution of the trade pit which took away the attraction from the vendors . I found myself at a deficit every time I went to an event and decided to not attend anymore.

Sneakercon was also one of the originators of the authentication service- it was done live at every event and the line of people seeking to authenticate their sneakers was infinite. I bet you the owners of StockX were inspired by that. Sneakercon had the opportunity to create its own marketplace at the time but I think the organizers might have been too preoccupied with the traditional way of buying and selling. We are living in  a day and age where technology and convenience have taken over and the individual that can solve multiple problems with the use of technology always wins. Stockx solved several problems with their platform and their recent growth has landed the company another 44 million dollars investment. So I’m not surprised that sneakercon also wants to migrate from the traditional physical live market to a virtual one. As I was reading more about the sneakercon marketplace I realized that they solve another problem that I mentioned in one of my posts about StockX authentication tags, see post below

Counterfeiters have been creating fake StockX authentication tags and have slapped them on their own replicas. I wrote about it and suggested that SockX addresses that problem and I’m not sure whether the company did or not. My words might have fallen on deaf ears as it pertains to StockX but Sneakercon saw an opportunity and they addressed the problem that I mentioned. They created a different type of  authentication tags  that are equipped with NFC technology that allows the user to actually scan the card to verify the information. Basically it isn’t just a tag on the shoe, see screenshot below and see exactly what it is

When I think about it as bad as fake sneakers are, without the existence of fakes there wouldn’t be any StockX, Flight Club , legit Check and all those derivatives so bootlegs are a necessary evil. I’ll leave you with these last words from the apostle Paul in his epistle to the Romans as he addresses the doctrine of election.
Romans 9: 22-23″What if God, desiring to show his wrath and to make known his power, has endured with much patience vessels of wrath prepared for destruction,23 in order to make known the riches of his glory for vessels of mercy, which he has prepared beforehand for glory”