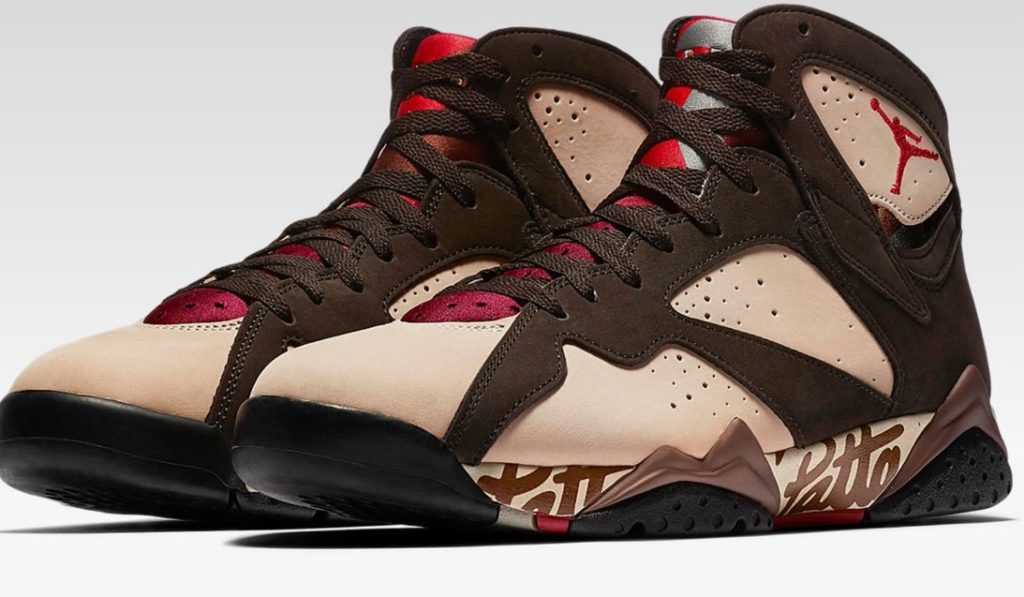 I wrote a post a week and some change ago warning you about the fake Patta Air Jordan 7 on the market, see link below

The Fake Air Jordan 7 Patta Is Out, Here Are Some Quick Tips To Identify It

I promised to write a projection post on it and I wanted tell you right at the outset that I have already been made aware via Hanzuying on Instagram that only 4600 pairs of the Patta 7’s were made. I don’t know how this individual was given that intel but it sure does help. My objective for writing this morning is to come up with a pattern to explain how that number was obtained. To do that we initially need to know what stockists beside Nike and Patta will be carrying the sneakers. Based on my scouting, I came up with the following list:

Endclothing, BSTN, Foot Patrol,Solebox, Foot District, Titolo, Offspring, Kickz, Hanon Shop. This is may not be an exhaustive list but I think it pretty much encompasses the majority of the retailers allocated an inventory. Now let’s establish our pattern knowing that there are only 4600 pairs available.

I’m going to assume that Nike and Patta are going to split half of the inventory hence each will receive about 1/4 of the number of pairs made.

The 9 remaining stockists will share the remaining 2300 pairs equally, hence 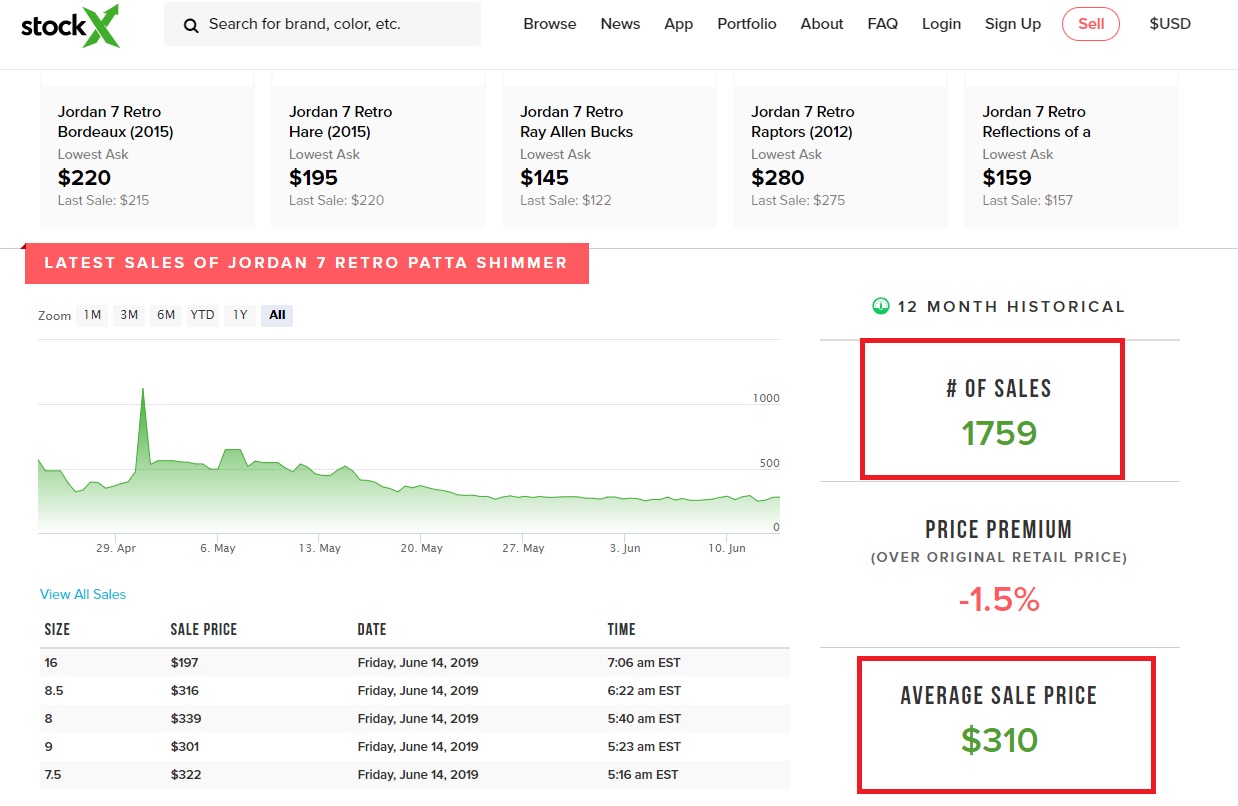 StockX’s data actually confirms the pattern I established above; you can see that 1759 pairs have been sold so far which is very close to the 2300 pairs allocated to Nike and Patta. Patta has already released the shoe so that can explains partly how 1759 pairs have already been sold. But there is a bit of problem, the shoe doesn’t release officially via Nike till June the 15th. I initially asserted that both Nike and Patta would receive each 1150 pairs so StockX must be allowing  presales ( giving their sellers an extended time to ship their shoes) or there is no way to explain the additional 609 pairs that have been sold. I’ll keep an eye on this and update the post later. You can also see that the shoe is currently averaging a market value of $310 for a 55% mark up so the profit margin on this model is good for those that can get their hands on it.

RELEASE INFORMATION / WHERE TO BUY