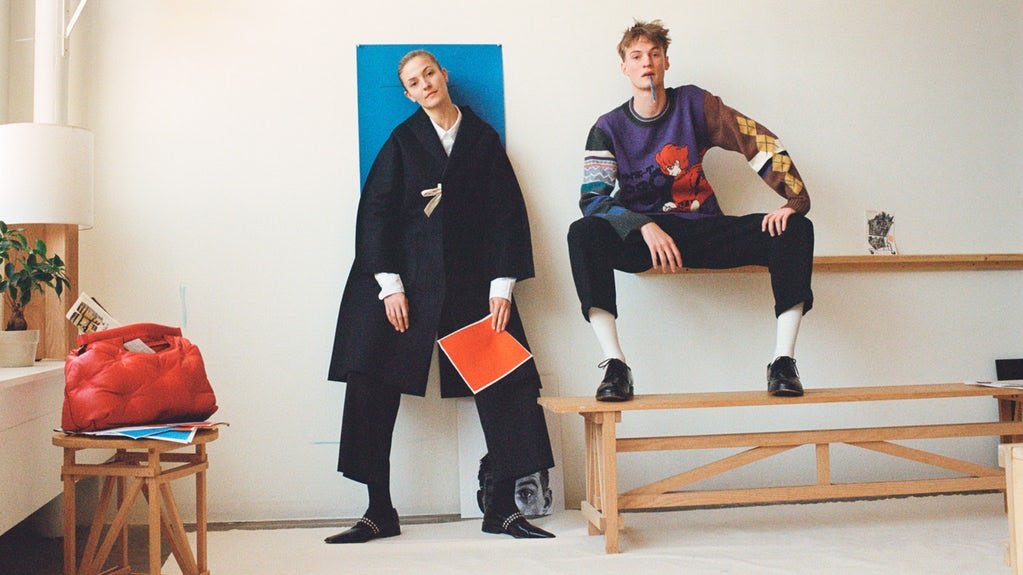 Yesterday while checking my linkedin page, I came across a very interesting post and that wasn’t by chance, because chance doesn’t exist. In other words, the Eternal God who is all knowing and sovereign wanted my eyes to see that specific post. If you’re looking for evidence that nothing is left to chance, I’ll invite you to check out the link below

Nothing Left To Chance, The Philistines Certainly Uncertain

The article that I came across read like this-Nordstrom Launches Secondhand Clothing Sales. I can’t say that I was surprised with Nordstrom’s decision to take a crack at the resale market. A month and a half ago, I wrote a post in which I said that in order for sneaker retailers to compete in the current market, they will have to function like third party marketplaces, read article below

It wasn’t a random observation that I had made; I was asked by an individual about the source of  this discovery and I answered incorrectly at the time, I said,

It came to my mind this morning

Well, that was the wrong answer, it was actually by a work of revelation from the Eternal God who gave me the  insight during my personal time in His presence. Nordstrom has understood the sign of the times and isn’t passive about it; the company has realized that the retail boat has sailed and is adapting to the changes in the market. Instead of me rephrasing what the article in question was talking about, let me just share some of the key things that were said in the article,

The Seattle-based department store becomes the latest retailer to dabble in the burgeoning resale market.

Opening January 31, Nordstrom’s “See You Tomorrow” store will offer shoppers secondhand pieces from brands like Burberry, Thom Browne, Isabel Marant, Off-White and Adidas. The resale service, which is slated for a six-month run but could be extended, will also accept pre-owned products from customers to sell in exchange for Nordstrom gift cards.

The shop-in-shop thrusts Nordstrom into competition with The RealReal, Vestiaire Collective and other players in the fast-growing market for secondhand fashion, which grew to $28 billion last year, according to a study by ThredUp and GlobalData. The department store chain Neiman Marcus acquired Fashionphile, a luxury consignment website, in April, and Macy’s installed racks of ThredUp’s used clothes and accessories in some stores last summer.

Luxury brands have been slow to engage directly with resale sites and shops, fearing they will cannibalise sales and make it easier for counterfeit goods to reach consumers. However, a few have begun to work with the secondhand market, including Burberry, which launched a partnership with The RealReal in October.

Many of the brands that Nordstrom carries were interested in testing out the resale concept, said Olivia Kim, vice president of creative projects at the Seattle-based chain.

“So many Americans are already engaged with recommerce, whether it’s rental or retail,” Kim said.

The items in the “See You Tomorrow” shop will be sourced from Nordstrom’s own inventory of returned and damaged merchandise (the Seattle-based retailer is famous for its generous return policy). Yerdle, which handles resale for Patagonia, Eileen Fisher and other brands, will handle the pricing, fulfilment, cleaning and processing of Nordstrom’s secondhand products.

Nordstrom’s resale experiment is only the latest effort by the company to breathe new life into the department store model. The “pop-in” series, for instance, showcases brands in a designated space, both in stores and online. Select Nordstrom stores now have permanent shop-in-shops earmarked for collaborations with partners like Nike, Burberry and Celine.

The evidence is right before our very eyes and I’ll encourage sneaker retailers to consider entering the secondhand market sooner than later.