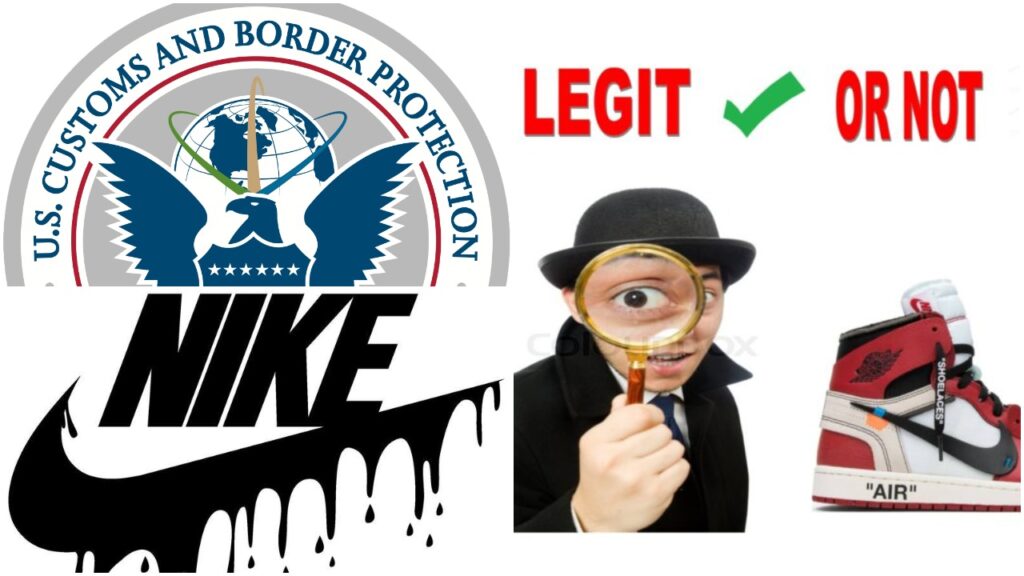 I came across  an interesting post vial LinkedIn yesterday and  never really gave it much thought till this morning. What was the post about? The title read like this –CBP and NIKE, Inc. partner to prevent counterfeit shipments from entering the United States. I ended up visiting  CBP’s website to read the article and here is a quick look at one important thing that was mentioned,

WASHINGTON — U.S. Customs and Border Protection announced a new formal partnership arrangement with NIKE, Inc. today as part of the Donations Acceptance Program.  Under its partnership with CBP, NIKE, Inc. is donating proprietary technology to aid in authenticating a variety of NIKE, Inc. merchandise and prevent counterfeit products from entering the United States.  CBP and NIKE, Inc. will test the tool at a limited number of international mail and express consignment facilities.

Nike is now being aggressive in fighting counterfeiters because I believe the brand realized how much revenues the replica industry is generating. Let me give you an example to show you just how incredibly lucrative selling replica is.

While Nike and other retailers may no longer carry an item in their inventory, bootleggers have an unlimited stock. They just released a fresh batch of the 2010 Air Jordan 11 Cool Grey in massive quantities. Let’s assume that for every pair of Jordan 11 Cool Grey that was produced, there are 4 replica pairs made ( a ratio of 1:4), and you know I’m being very conservative with these numbers. I’m assuming that Nike made about 600, 000 pairs of the Cool Grey 11. The shoe retailed for $175 so it generated about $105,000,000 based on my assumptions. Since we considered a 1:4 ratio, the replica industry probably produced about 2,400,000 pairs. The replica pair sells for $100 or a little less, so the bootleggers are making about :

You can see why Nike is now sold on putting an end to the Big Bang caused by bootleggers. The brand made several changes a couple of years ago with the way their sneakers are manufactured. Every shoe coming out of their contracted factories comes with a box that has two specific features, a scannable QR code that directs the buyer or consumer to Nike ‘s website,  as a way to verify the legitimacy of the product. But it is a very weak and ridiculous approach to solve the counterfeit problem since the QR code is easy to duplicate. The other added security measure is the RFID identifier that is almost similar to the DNA of all created species; it is unique to the particular shoe it is attached to. Now this is  a good counter against counterfeiters but it only comes on the box and not the shoe itself, so it has its limitations.

What I have gathered from the post shared on CBP’s website is that Nike is now getting in on the legit check action. The brand is providing tools to CBP officers that will allow them to authenticate sneakers coming from regions known to export replicas. I’d like to know what the tool looks like. One thing we can be sure of is that since Nike is the one creating the sneakers , they will be the best at recognizing the counterfeits. This is definitely a game changer. I wonder how effective this tool is going to be? Is it going to be able to detect every fake coming in the country or is the CBP going to continue to rely on their instincts in identifying suspicious packages, then checking them to make sure their legitimate. I’m not sure if my point was clear but I’m wondering if the tool will be able to recognize and identify a fake without the initial triage. I wonder if the tool can defect the atrocious glue smell used by most fake sneaker manufacturers? Or is it going to be checking the box only? Is it equipped with a technology that can recognize how Nike’s threads are patterned? Bootleggers are still making older Nike shoes so I wonder if the tool will be able to recognize any fake sneakers dated prior to the advent of the QR code and RFID? We don’t know how the tool is going to function, but one thing we can be confident of is that Nike is no longer disregarding the replica industry. Long ago Nike left that job of authenticating their sneakers to people like me who have devoted an entire section of their website to legit checking Nike and other brands’ sneakers. I’m sure now that Nike has partnered with the CBP in this endeavor, other brands will soon follow suit. It will be interesting to see how this is going to affect third party marketplaces which platforms were essentially built to deal with the fake sneaker problem. I’m definitely looking forward to receiving more information about this tool Nike is giving to the CBP. And since Nike is helping the CBP , will the brand also consider helping the average consumer?