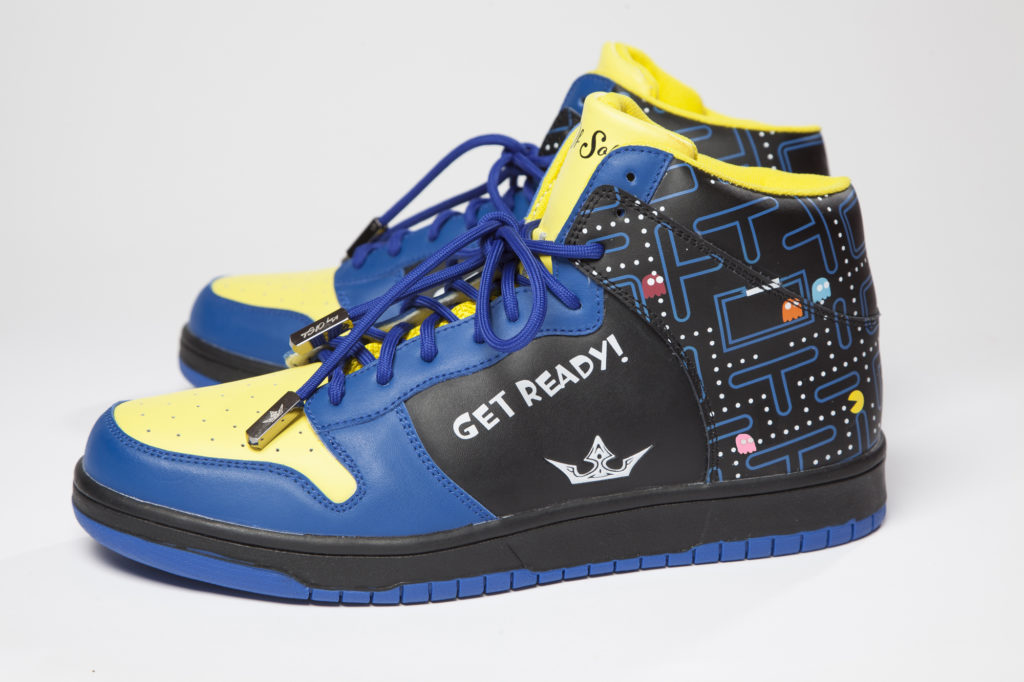 King Of Soles  was launched by Glenn Hisleap and is supposedly Ireland’s very first sneaker label according to him. He is quite an interesting gentleman and his honesty was remarkable when I asked him the reason for starting this shoe business.. his answer was something like this :

Why did I do this?

Same reason any man ever did anything. The reason for every war, attempt to conquer lands & people. Every madness over thousands of years, comes back to..

I think if it weren’t for women, men would be happy enough to live in under a tree, and fight for meat.
If I had her, and I was trying to start a shoe label, the first sign that it was difficult, or the first time manufacturing annoyed me, I’d quit, I’d say it’s not worth it.
I have all I need.
I also thought, she’d find someone who was more consistent.. I didn’t wanna burden her with my stuff. She deserved a lot better.If I put her happiness ahead of my own, I’m better off leaving. It’d be selfish to stay. And then of course, no other woman replaces her. If I have a circus in my bed, a dwarf, a bearded lady, a strong woman, 4 contortionists.. but it seems like 5,  2 goats, and a fella on a unicycle.. I still feel like my bed’s empty, even when it isn’t. You know like when an amputee says they have an itch on a leg or arm that’s no longer there? A phantom itch. I feel cold where her head lay on my chest, and where her left leg wrapped round me. Anyway it wasn’t going to be someone else to be my challenge.
None else matters like that.
It had to be a thing..
I found a thing.. Shoes.
I had to try to build an empire to replace her.
I’m only on the foundations now.

It has been said that behind every great man, there is a great woman and I believe this is the case with Sir Glen Hisleap. But he went into further details to explain how the label was born. Here is how King Of Soles came to be in Glenn’s own words:

Basically I was 20, living in Catalonia, bar tending, happy.. making half minimum wage, and getting 6 days off in 6 months.. but happy.I went home (Ireland) for the holidays in December, in my mind it was for 2 weeks, and 2 weeks only. Unless I was keeping my intentions from myself, I mean, I really didn’t know I was leaving Catalonia. All my stuff is still out there. Anyway, somehow or another I just felt the urge to really push, for things that I was never meant to attain.

No harm in trying, see what happens, I’d rather attempt it and fail, than have the rhetoric I had in my first 21 years of ‘ ohh if I don’t try, well I didn’t fail, so you never know’  that’s bullshit, it’s worse than failure, it’s being a coward.
Anyway I had 900 euro & a laptop. No job, or anything. I was home a week at this point, and just thinking, doing a lot of thinking. I made an ebay & paypal account, and started buying things, all sorts, massagers, robot hoovers, car radios, vaporizers, you name it I sold it. I might sell garden ornaments to someone in Australia in the morning, and be shipping 20 kilos of a herb from Thailand to USA that night. It was random, there was no niche, it wasn’t like just music stuff, or cycling you know, the mix of items being sold looked like a madman’s grocery shopping list.
Anyway I did that for a few months, but it felt a bit empty.I wanted to find something with more purpose, because if someone told me, ”Ohh I like that radio, thanks a million”
While I’m glad they like it, can I take any credit? I bought it at one price.. sold it at another. A glorified middle man.
And if it wasn’t me they bought it off, it’d be someone else, a million people selling the same thing. Who’d notice if an ebay seller’s account disappeared? It wouldn’t make any difference. I wanted something that was mine, that I made.. and made well, that I could take pride in people liking that thing.I imagined walking past someone on the street, not saying a word to them, but seeing them wearing my shoes.It was around this time I read a few pieces on shoe labels ; ‘Planned Obsolescence’ which is an extremely wasteful practice where factories produce sub-standard shoes, that wear out easily, on purpose, so you have to buy more.
And also that the average shoe label marks up their prices up to x12 times.I just thought that was a disgrace, and why would you make shoes that wear out easily anyway?
Could you not just make a shoe that lasts a long time. Have your brand be known for quality. And then that customer may come back, and buy a different design later, does that not make more sense than screwing people over on price and quality?I thought it did. And my favorite shoes ever were always in windows, I only ever owned crap, never had the money. I thought I could do better. Definitely. So I set about contacting manufacturers..
And I tried I think 19 different countries in total.
Contacting over 10,000 manufacturers, over years. I wanted to start with a low quantity order, because it was all I could afford to make.
There were 2 kinds of replies, generally ;
1 – There was those that would accept a low quantity order, but were dodgy, would accept any order, questionable quality, questionable whether you’d even see anything made at all!
2 – Good quality manufacturers generally said, yes we can make you shoes, but the minimum order quantity is 10,000 pairs.. or even more.
I didn’t want poor quality & I couldn’t pay for a big order. So I just kept going, until I’d find someone who was both quality, and willing to make one small order, before bigger orders. When I’d find a unicorn, and they were rare.. I’d get a sample made with them. Over and over until it was exactly how I wanted it. I got to the point with 3 different manufacturers that I was ready to order and produce the first batch. And twice it didn’t work out.. back to contacting manufacturers, the whole thing again, then making the sample.. It just never went anywhere. If I was able to give up there, if I had a more rounded life, I would have quit, I made it that I had nothing / none to leave to, no plan b. I had to succeed, I had so much time invested in this, something had to show for it. And as a comparison to being in Catalonia and happy, I had to make this worth it, because of what I missed out on.
The thought of plan a failing, was so unbearable that you just back yourself into a corner with nowhere to go but straight through whatever’s standing in your way. 3rd time was the charm, when it eventually came around, I worked with a factory in China, that had made shoes for Skechers and Puma.
They did a great job.
At this point I’m 200 pairs selling, away from going back to Catalonia, after 4 years, I wonder where my stuff is, I wonder how it is.. But I don’t care, I just want to be there. Even if it’s in phone box.
Now the Shoes
you can contact Glenn via https://www.facebook.com/KingOfSolesShoes/ 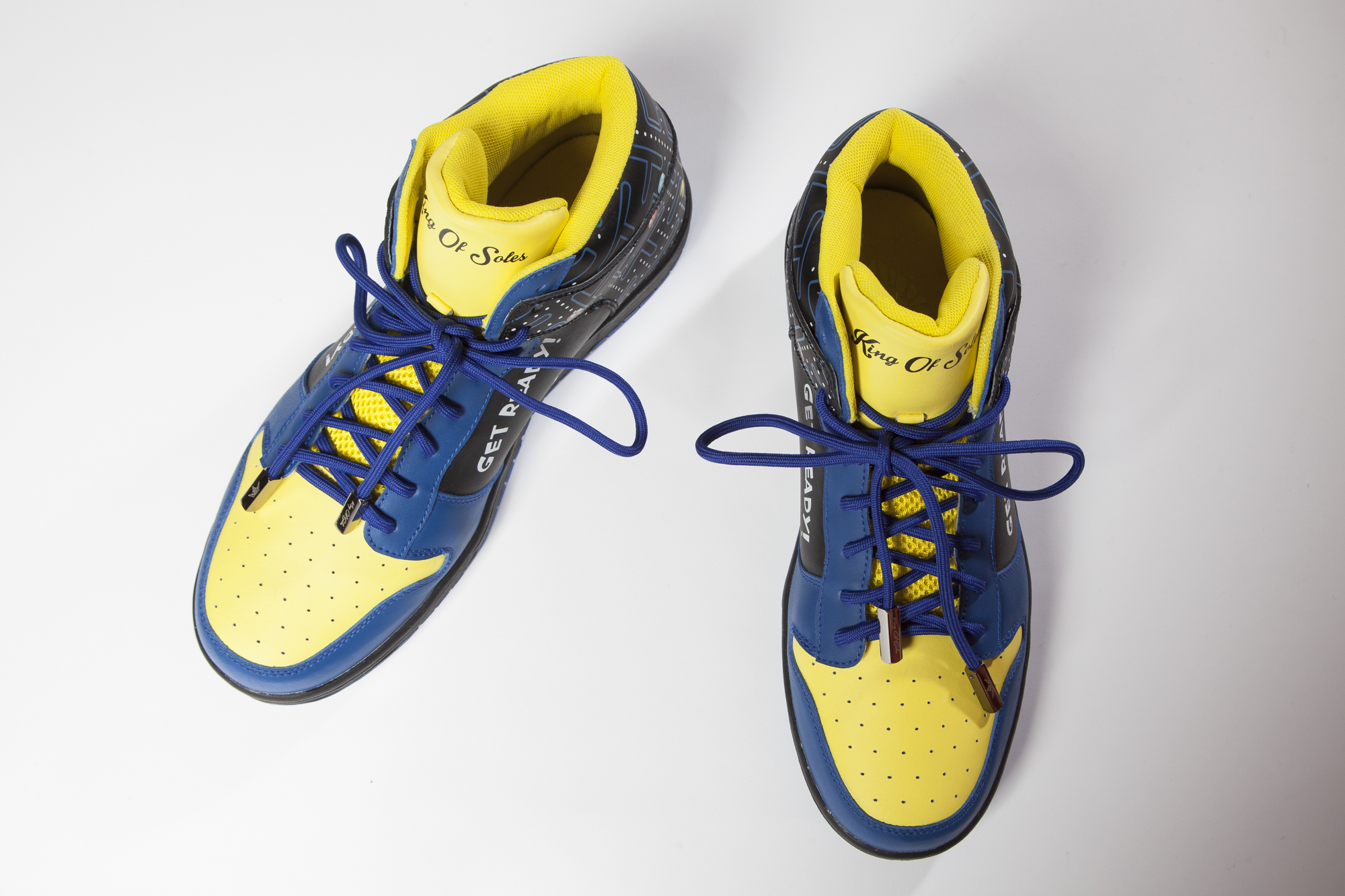 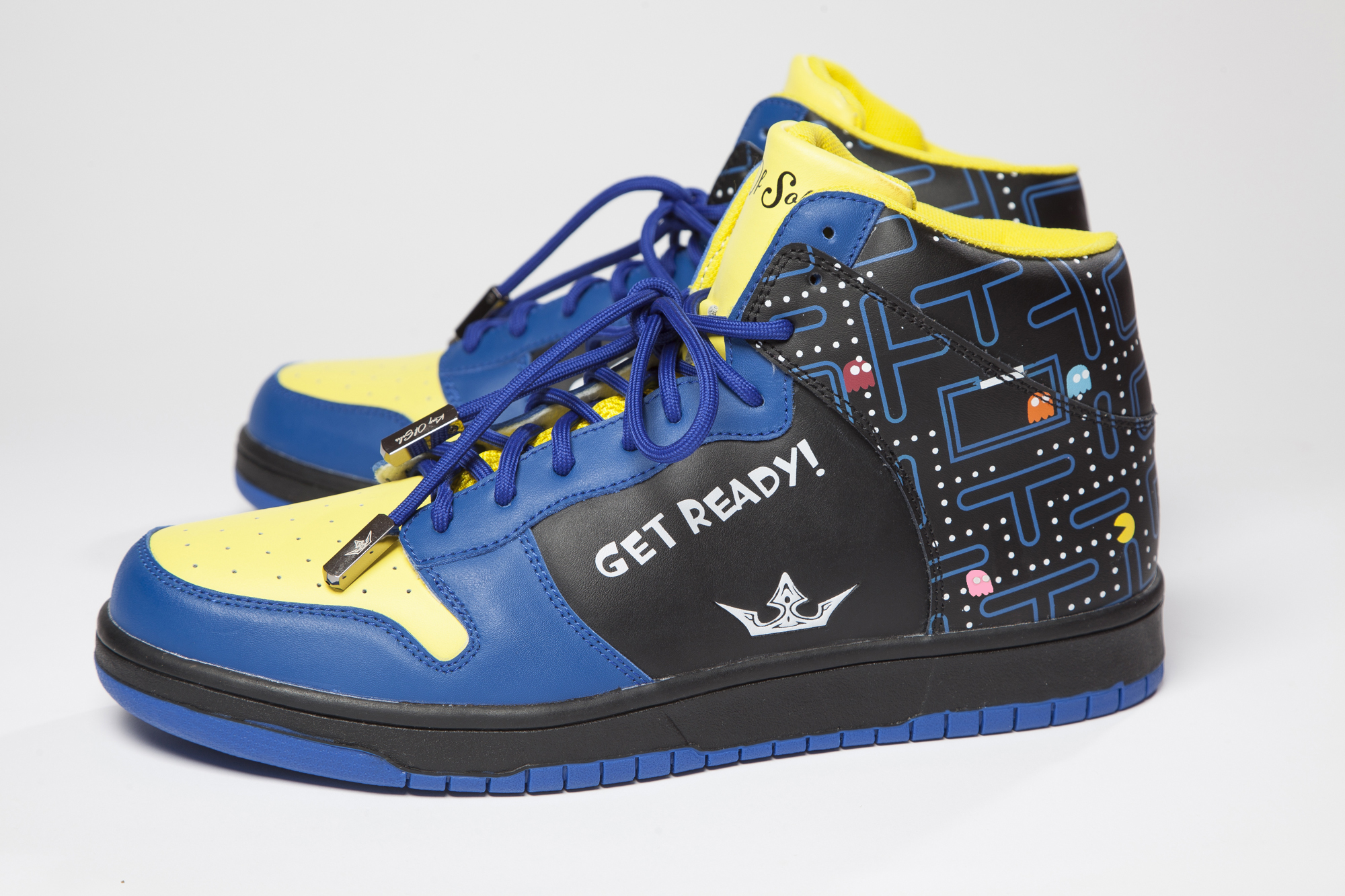 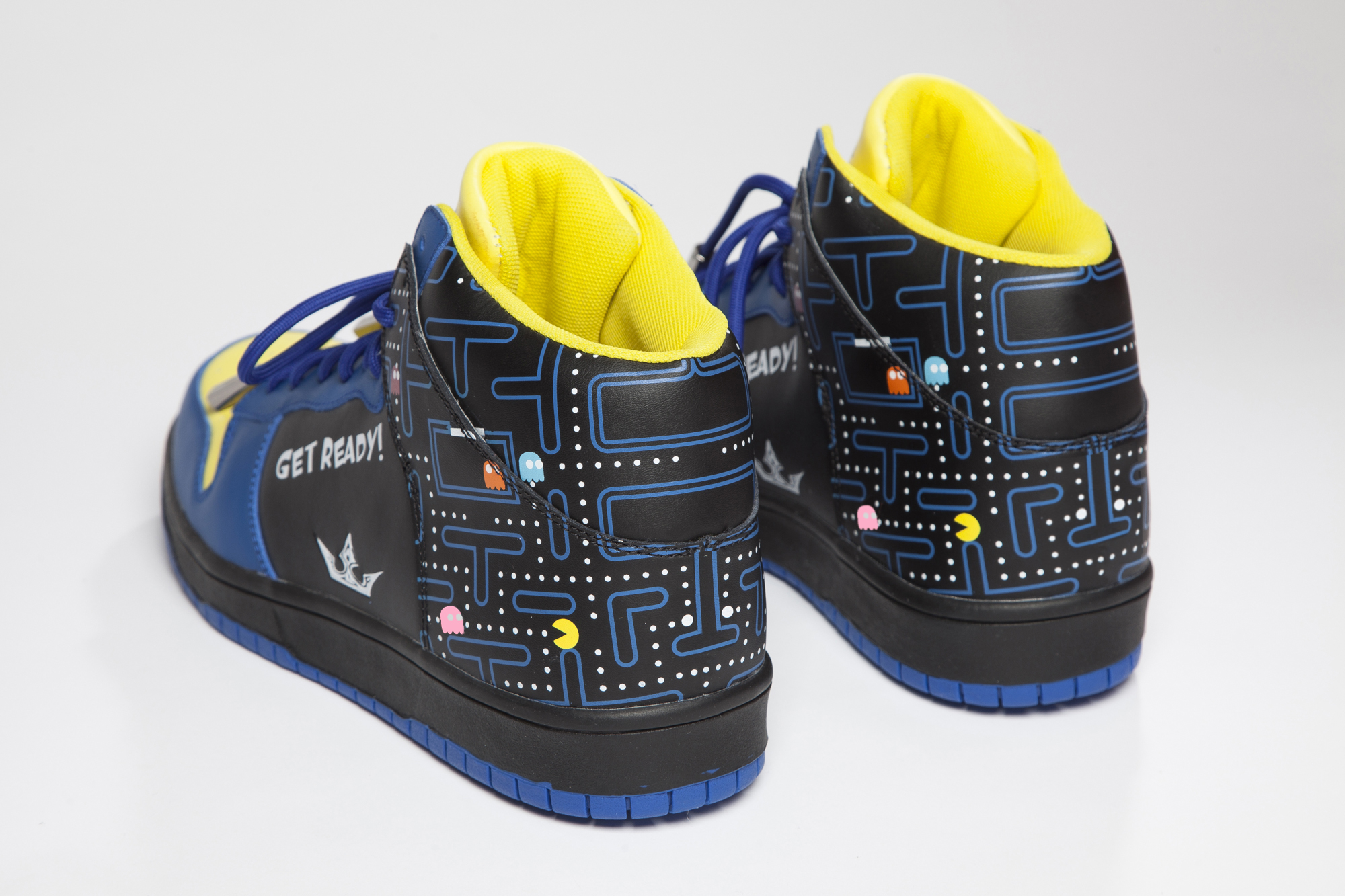 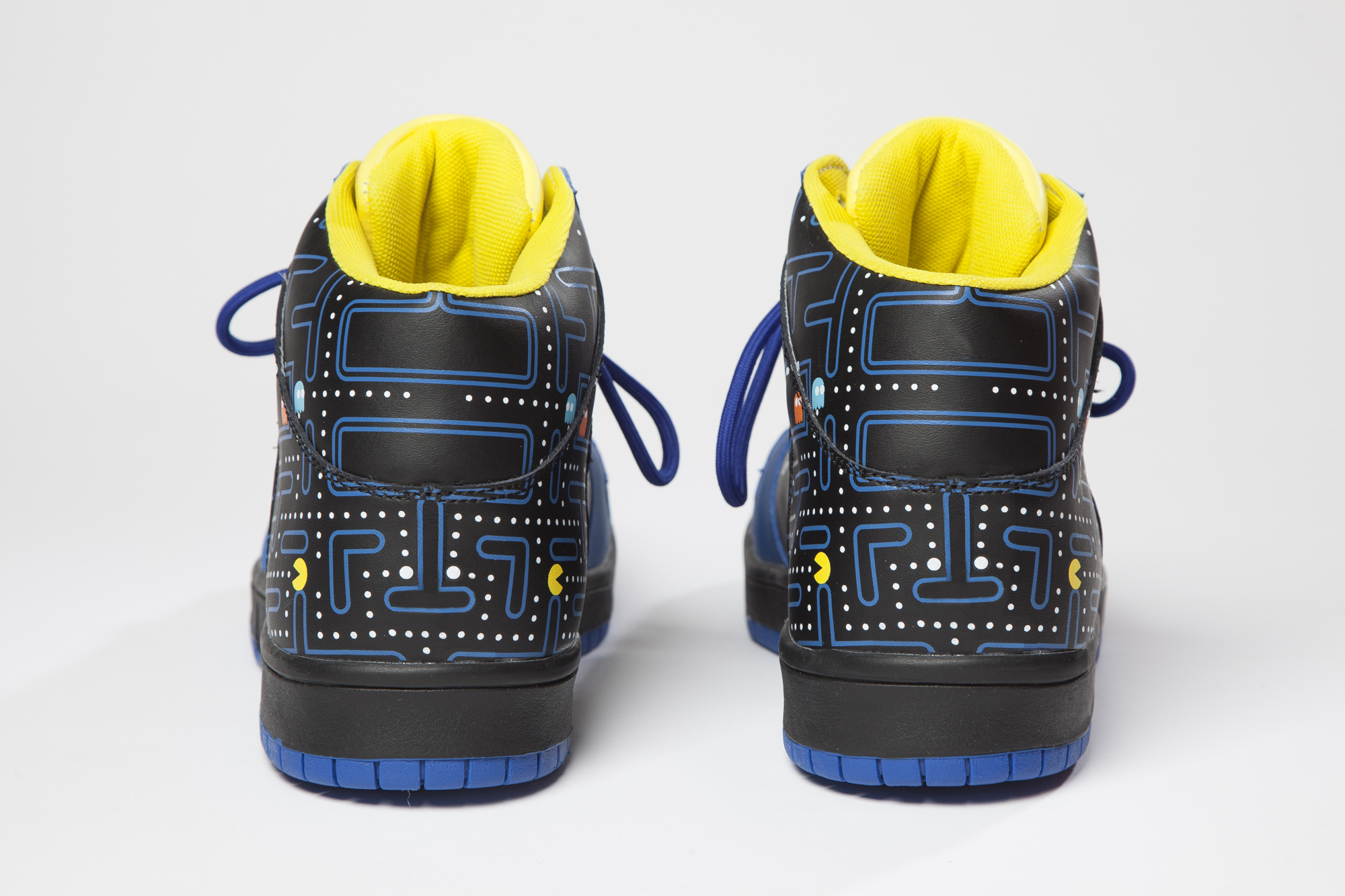 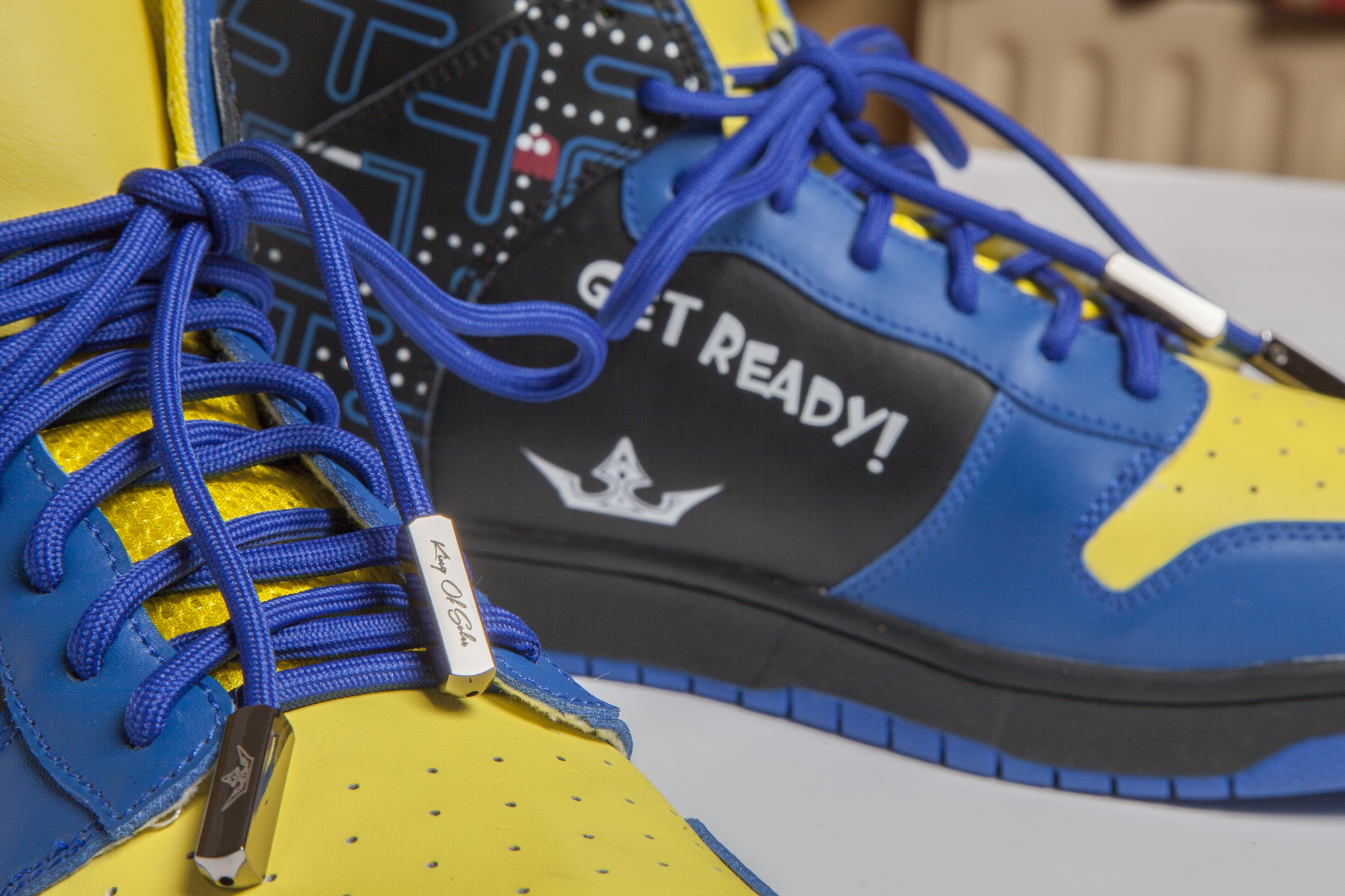 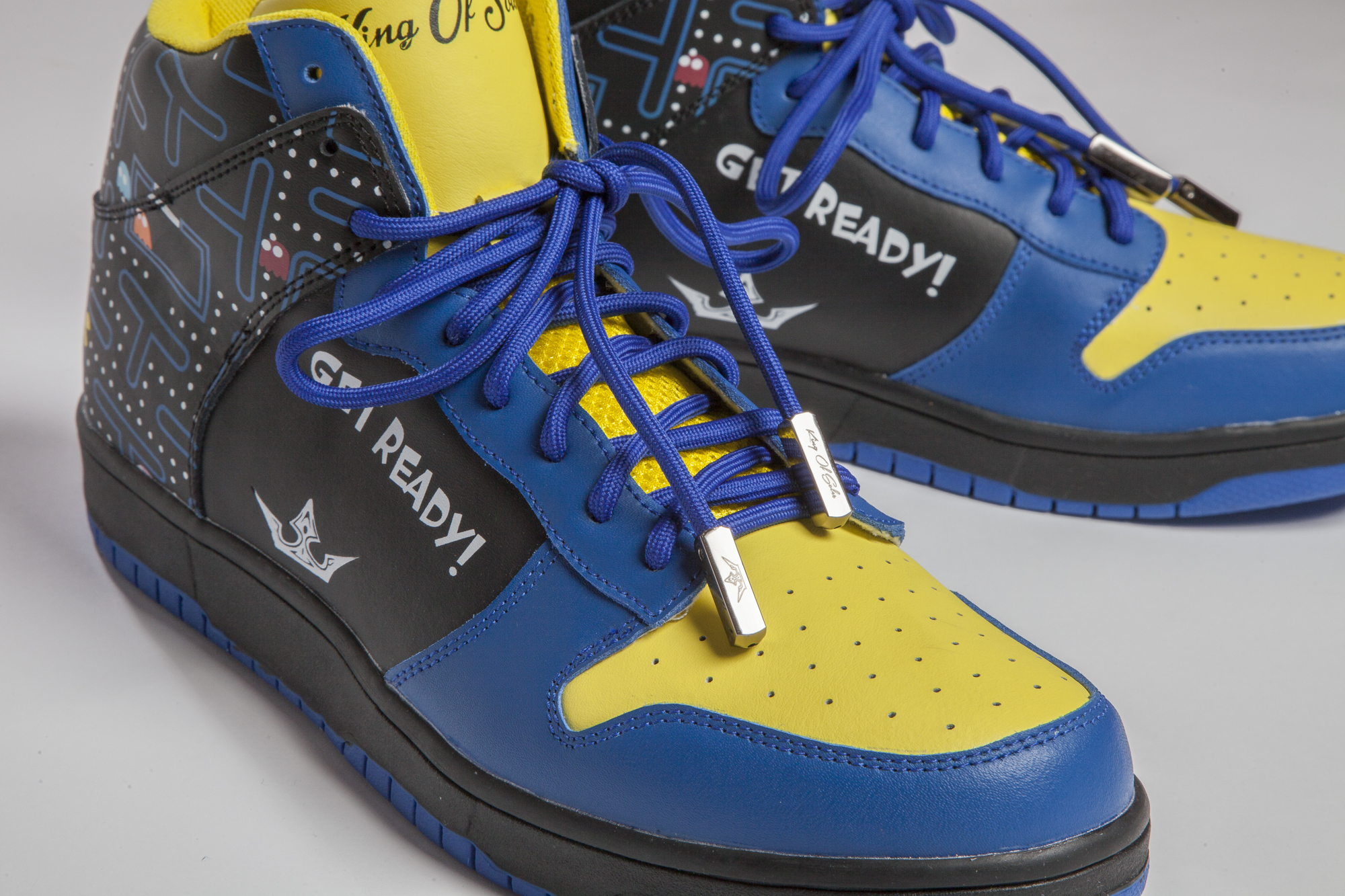 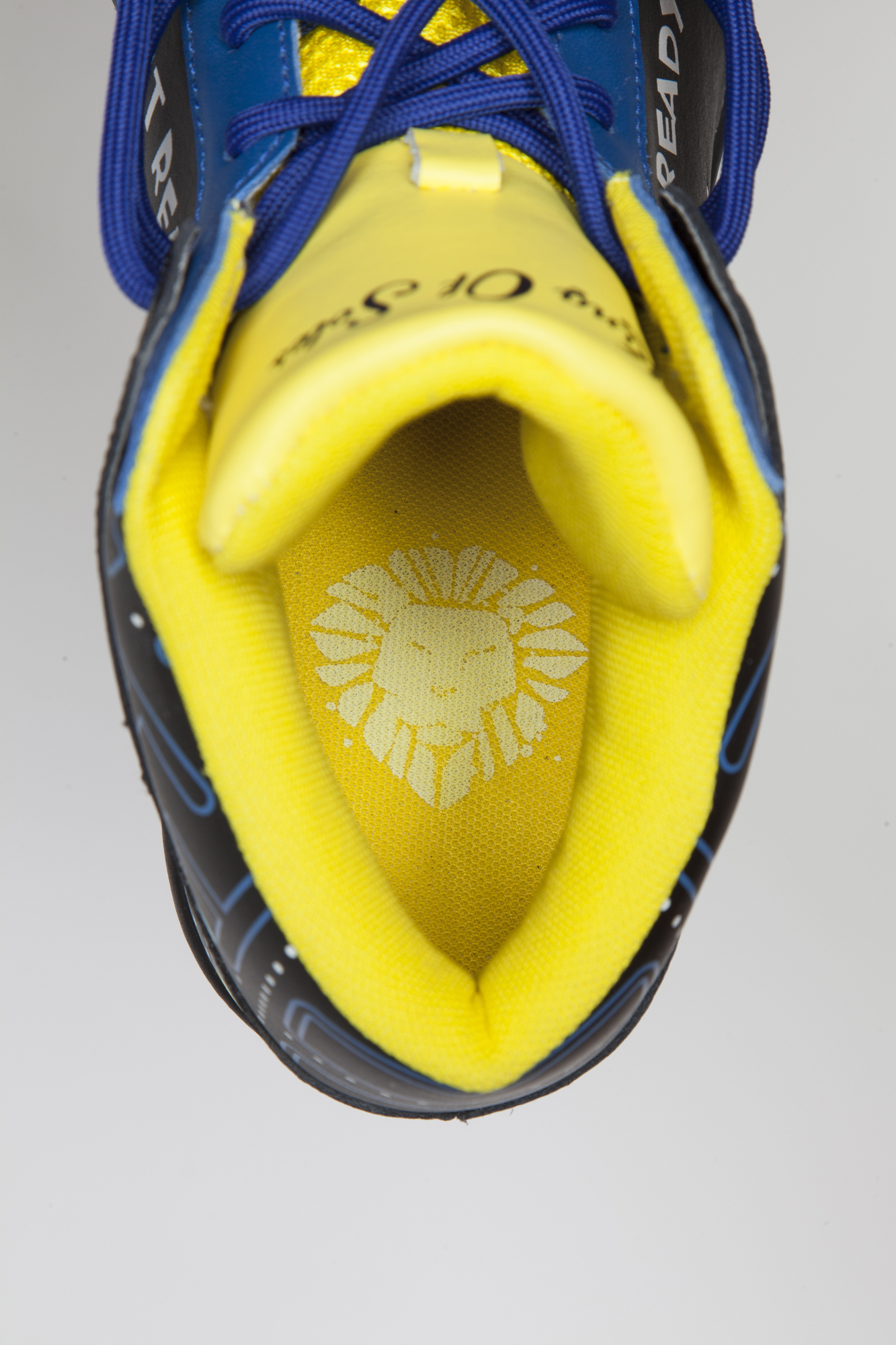