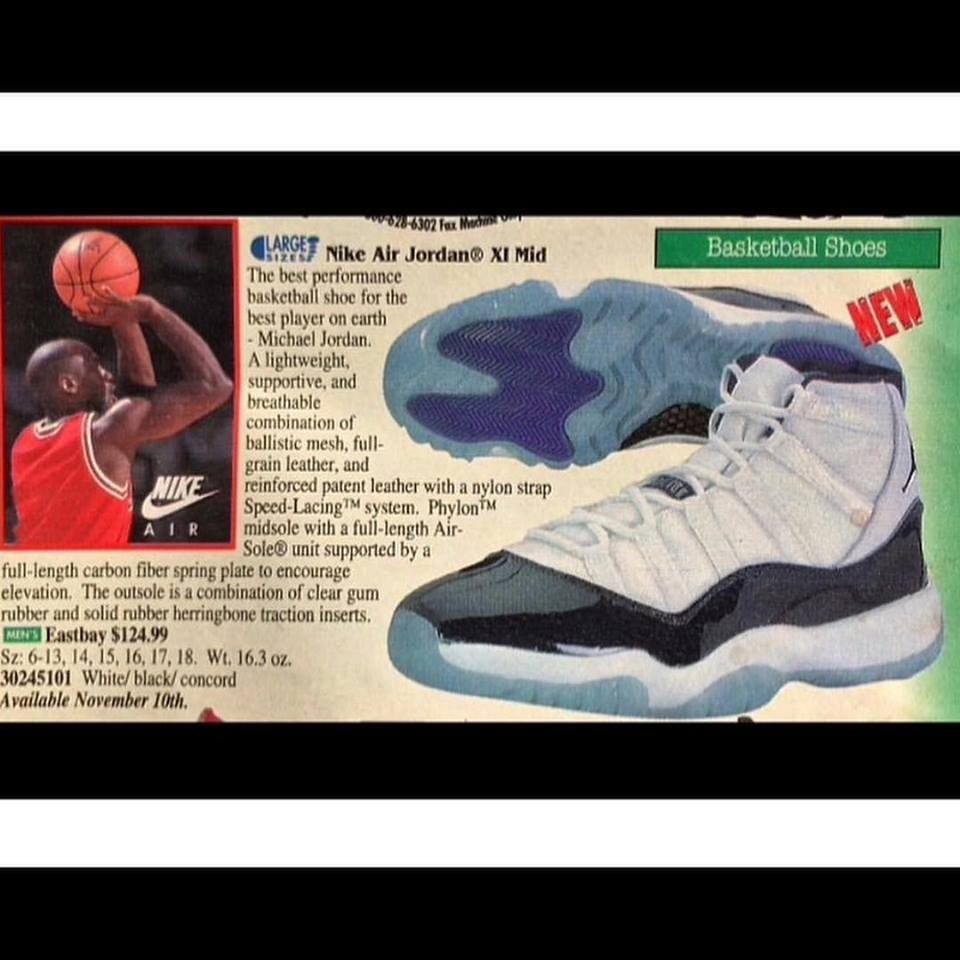 12shares
On my way home from work on Friday around noon , I found out that Nike has done a surprise release on Concord 11 on the SNKRS app.  I also realized that  I hadn’t written an inflation article in a while. So I decided to write one today about the Concord since the shoe was  coming in the original 1995.
The 2011 edition came in a sturdy slide out box that also had additional accessories ( double wrapped ) with a purple plastic cover , purple shoe trees see picture below
Not only does the box the 2018 pair is coming in include less accessories but it’s also the type of flimsy box you can’t put anything on top of ( they easily collapse under minimal weight). So the question is? Folks are getting enamored with the sentimental value and the memories the OG box may bring back but is the $220 price tag justifiable? That’s why we need to look at the inflation to see if the $220 is consistent with the changes that have occurred in the market since 1995. The original pair of Concord was priced at $124.99; according to the CPI inflation calculator, the current price of the shoes ought to be $210.38 ( without tax). So the consumer is basically paying about $9.62, roughly $10 more ($220-$210.18) than what he/she is supposed to pay. For most people the $10 bump is negligible but if you’re talking about more than a million pairs made, that is
$10 x 1,600,000 pairs =$16,000,000 ( basically an added bonus for the brand)
The brands know they can get away with giving the buyers less perks by toying with their emotions; in this case wrapping the concord in the 1995 box was a genius move that saved Nike a lot of money- buyers aren’t worried about paying an extra $10 for an OG box that takes them back to their high school days.
How Many Pairs Of The #45 Air Jordan 11 Concord Could Be Made?
Main picture courtesy Leslie Kixionary