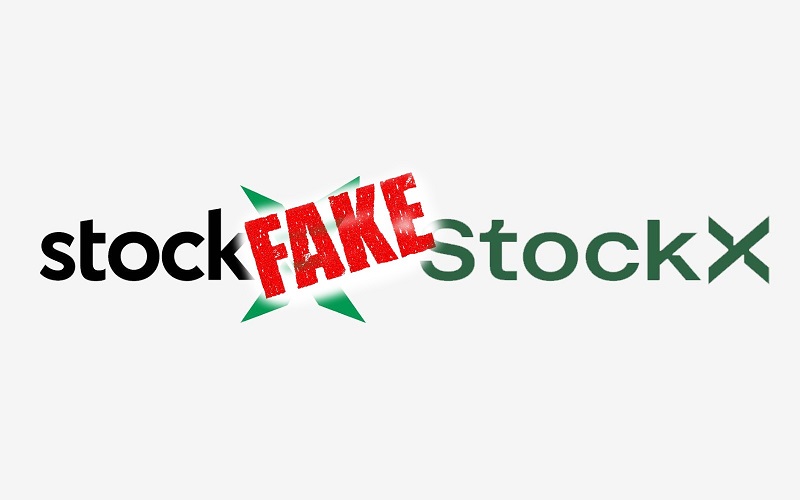 I’m sure most Sneaker Youtube Channels and major blogs including mine were rubbing their hands and couldn’t wait to post and write about StockX being busted by Nike for selling fake sneakers. These are the kind of articles and videos that generate wanted and unwanted traffic. I first came across the news this morning via a Nicekicks instagram picture. So I didn’t just want to accept it as legitimate news. So I went on google and found out that Bloomberg had written about it. Here are some of the major highlights of the article,

Nike Inc. escalated its legal battle with sneaker marketplace StockX, saying it purchased four pairs of counterfeit shoes on the platform despite the company’s promises that it is only marketing authentic footwear.

The world’s largest athletic-wear maker asked a federal judge to let it add claims of counterfeiting and false advertising to the current trademark-infringement lawsuit against StockX.“Those four pairs of counterfeit shoes were all purchased within a short two-month period on StockX’s platform, all had affixed to them StockX’s ‘Verified Authentic’ hangtag, and all came with a paper receipt from StockX in the shoe box stating that the condition of the shoes is ‘100% Authentic,’” Nike said in a court filing Tuesday.

I decided to also jump in on the action from a different vantage point. I was more interested on this news might change the landscape of the resale market. But first, let’s see how this problem with fake sneakers on StockX started.

There Were Warning Signs All Along

For years, replicas have been slipping through the cracks via StockX. Indeed, the writing was on the wall long before the news broke. Several YouTubers had shared videos of themselves being sold fake sneakers through the platform, and I believe most of us rejected it because it appeared to be hate. I’m sure a lot of these YouTubers feel vindicated now. I had written an article a  few years ago indicating that counterfeiters were slapping StockX tags on their replicas, and I doubt that the brand did anything to address the problem. Counterfeiting is a huge problem in the sneaker industry, and it’s only getting worse. I also wrote a post in 2019 speculating that StockX was on Nike’s radar due to certain practices, and this breaking news confirmed my suspicion. What was the issue? I discovered  that 884 pairs of the Jordan 1 Phantom had already been sold on StockX two weeks before the shoe’s official release date. That would undoubtedly raise some eyebrows at Nike’s headquarters.

The New Breed Of Fake Sneakers And Unqualified Authenticators

As the market for sneakers continued to grow, so did the problem of fake sneakers. In recent years, a new breed of fake sneaker has emerged, dubbed the “98.9%ers.” These fakes are so realistic that even experienced authenticators can have a hard time spotting them. Unfortunately, this has led to a situation where many fakes are being sold on sites like StockX. While StockX does have a team of authenticators, they are often overwhelmed by the sheer volume of sneakers that are being traded on the site. As a result, it’s becoming increasingly easy for fake sneakers to slip through the cracks and end up in the hands of unsuspecting customers. What’s more, the lack of qualified authenticators means that there is no one checking to make sure that the sneakers being sold  are actually genuine. This could lead to buyers being duped into purchasing fake sneakers without even realizing it. eBay has been notorious for having a team of unqualified authenticators and I actually wrote two separate posts about it, see links below

StockX Has Been A Thorn to Retailers & Resellers

Prior to their official release date, sneakers were being sold on Stockx for 10% to 15% less than their suggested MSRP. That was a serious issue that the platform should have addressed. StockX created a disruption in retail and resale. It led to a decrease in sales for both retailers and resellers, as consumers were now hesitant to purchase shoes from either group. I wrote a post a few years ago showing that most General Release Jordan Retros were in fact selling for 10% below their MSRP prior to their official release date, see link below

And that, in my opinion, caused Nike to pay  closer attention to the provenance of the shoes being sold on StockX. While the origin of these shoes is not entirely clear, with this breaking news,  it is now going to be believed that many of them are counterfeit. While Nike’s claim of buying four pairs of fake sneakers via StockX is legitimate, we need to know how many pairs in total were purchased during the course of the four months. I don’t believe Nike made this clear in the Bloomberg article. Allow me to explain. If four out of four pairs were fake, that means that 100 percent of the shoes sold on StockX are likely to be fake. Assume Nike purchased 20 pairs in total, four of which were discovered to be counterfeit. That’s 20%, which is still quite high. Let’s look at an example. As of today, StockX has sold 5392 pairs of the Patent Bred 1. Based on our percentage, that would imply that approximately 1079 pairs are fake, which is quite high.

All of this is to demonstrate that StockX was more concerned with raising capital than with ensuring that the shoes being sold were legitimate. People switched from eBay to StockX because the authentication service was appealing. However, the desire to make money may have caused the company to relax its authentication standards. Now let’s see how resale might be reshaped because of this.

When the news broke this morning, the only thought that came to mind was that I might be back in business. StockX was the great equalizer that drove many traditional resellers, including myself, bankrupt. I actually predicted that StockX would soon bury most marketplaces, and it happened. eBay is still reeling from the StockX migration effect. When StockX first launched, it quickly became the go-to platform for sneakerheads looking to buy and sell their shoes. However, the company’s free market practices soon began to have a detrimental effect on the resale market. By allowing sneakers to be sold at 15-20% below their retail price prior to their release date, StockX effectively destroyed the market for resale. This made it impossible for sellers to make a profit on their shoes, and many were forced to resort to selling them at a loss just to get rid of them. In addition, StockX’s prices became the benchmark for everyone in the industry, meaning that anyone who wanted to sell their shoes had to accept whatever price the platform decided. As a result of these practices, the resale market was effectively destroyed, and many traditional resellers were left out in the cold. What am I saying? Prior to the introduction of StockX, the majority of resellers were also avid sneakerheads and collectors. As a result, there was a certain level of respect among resellers. However, by allowing anyone to become a reseller, StockX leveled the playing field and adulterated the resale market.

In response to the news, StockX will probably announced that it will be adopting more stringent authentication measures in order to prevent future incidents. While this is good news for those who want to be sure they’re buying authentic sneakers, it could also lead to higher prices ( can you see me rubbing my hands). That’s because the new authentication measures are likely to create a shortage of supply, driving up prices as demand increases. So while StockX’s new measures may help to ensure that consumers are getting what they pay for, they may also cause prices to rise again in the secondary market. And that’s great news for traditional resellers who will certainly be relevant again. It all boils down to simple supply and demand. As more buyers become wary of StockX’s authenticity issues, they’re going to turn to other sources for their sneakers.

Of course, it’s still early days and it remains to be seen whether resale will be reshaped as a result of this dynamite news. However, it’s clear that StockX have had a major impact on the sneaker market. And it seems that the resale market might be well on its way to making a comeback.