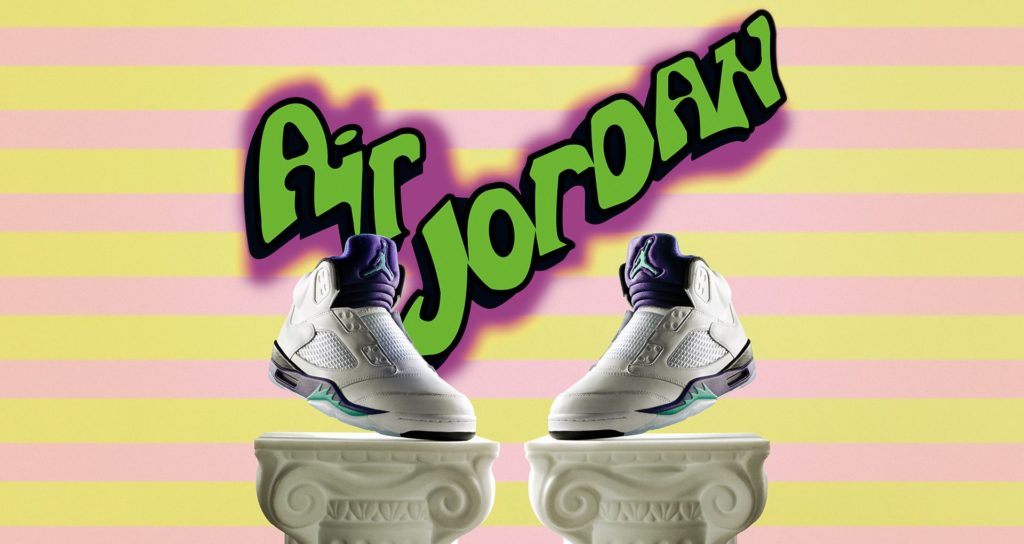 It seems like Nike has unleashed another fury of notable sneakers this week; I’ve already written several projection posts from Nike since Monday and I find myself writing another one this morning. The brand has definitely overshadowed all the other brands by dominating sneaker related news as of late. The Air Jordan 5 V Fresh Prince will release officially on September the 25th. Nike has been riding the 90’s wave and this pair couldn’t have come at a better time. There is Behind The Design article via Nike about the shoes, I’ll invite you to read it. I decided to figure out the number of pairs produced and I literally have nothing to work with so this is going to be a purely observational, instinctive and subjective projection.

The first thing to consider is the number of stockists getting the shoe; and so far the only two places I’m aware of are Nike and SneakersnStuff via Raffle. This shows you how limited the shoe is. The next thing I did was check the third party marketplaces and I came up with the observations below:

There are only 35 pairs listed on eBay from three power sellers. This tells me that there could be boutiques the general public knows nothing about that might have been allocated an inventory ( and selling them early via eBay sellers), or another option would be that the sellers either have a very efficient bot or the shoes have been hijacked ( I prefer not to think this is the case)

StockX only has about 14 pairs listed as of September the 20th and only 4 recorded sales.

I didn’t consider any other third marketplace since both of the leading ones provide enough evidence that the sneakers are very scarce. I don’t want to make any assumptions based on numbers obtained from third party marketplaces because there are contingencies ( they aren’t retailers ). So how do we come up with a possible estimate? I will rely solely on my gut feeling ( a true mathematician should never say that). Let’s look at a portion of the Behind The Design article

When it came time to celebrate the Fresh Prince, the design team initially began their work with iterations directly inspired by Will’s youthful wardrobe. Other iterations include a gold-based version in honor of his upcoming 50th birthday on September 25th, to align with the shoe’s retail release.

The two elements that caught my attention were the release day and the age Will Smith is turning. Since Nike insisted on releasing the shoes on his birthday then I’ll assume that the brand will release 5000 pairs in keeping with his age ( 50). So in conclusion i’m assuming that only 5000 pairs were made.

you can also purchase the shoes on eBay from our featured sellers, refer to the listings below