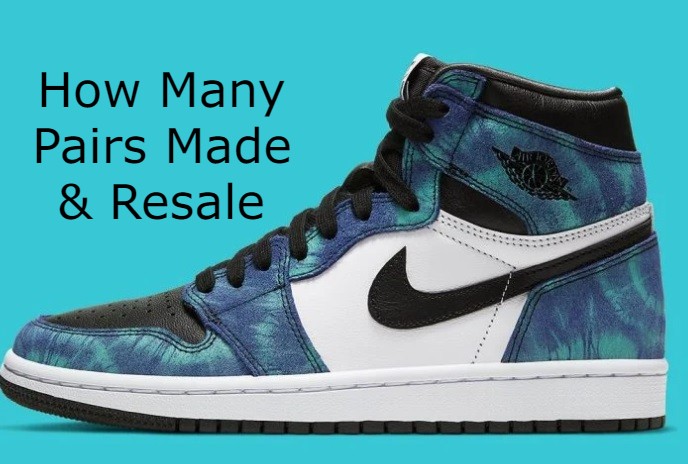 For those that are interested in purchasing the wmns  Air Jordan 1 Tie Dye now, refer to the post below

In this post, we’ll attempt to figure out how many pairs of the Jordan 1 Tie Dye Nike could’ve made. Let’s get a quick count of the major & minor retailers, as well as boutiques that were allocated an inventory beside Nike.

The hardest part of this projection is figuring out how many pairs each store will be allocated and also how many  stores from the major retailers are given an inventory. I’ll start with the premise that the Jordan 1 Tie Dye will be a limited release. With that said, I’ll consider the following assumptions:

1.We’ll assume that Nike will receive a 1/4 of the production, Footlocker & Family ( Champs, Footaction) will also receive 1/2 , Finishline, JD Sports and minor chains & boutiques in the USA will account for the remaining 1/4.

3. We’ll also assume that only 1/3 of the Footlocker, Footaction and Champs stores will receive an inventory ( since this is a limited release)

4. Lastly once we come up with the USA allocation, we’ll either double or triple that amount to estimate the global number of pairs produced.

Footlocker’s physical store numbers based on our assumptions: 24 x 164=3936 pairs

And the number of pairs possibly made for North America is : 30,000 x2=60,000 pairs based on our model . But we can stretch this number to 80,000 pairs because of possible errors in our initial assumptions and  conclude that the total number produced will fall within the 80,000 pairs < Number of Pairs Made Wordlwide < 240,000 pairs . 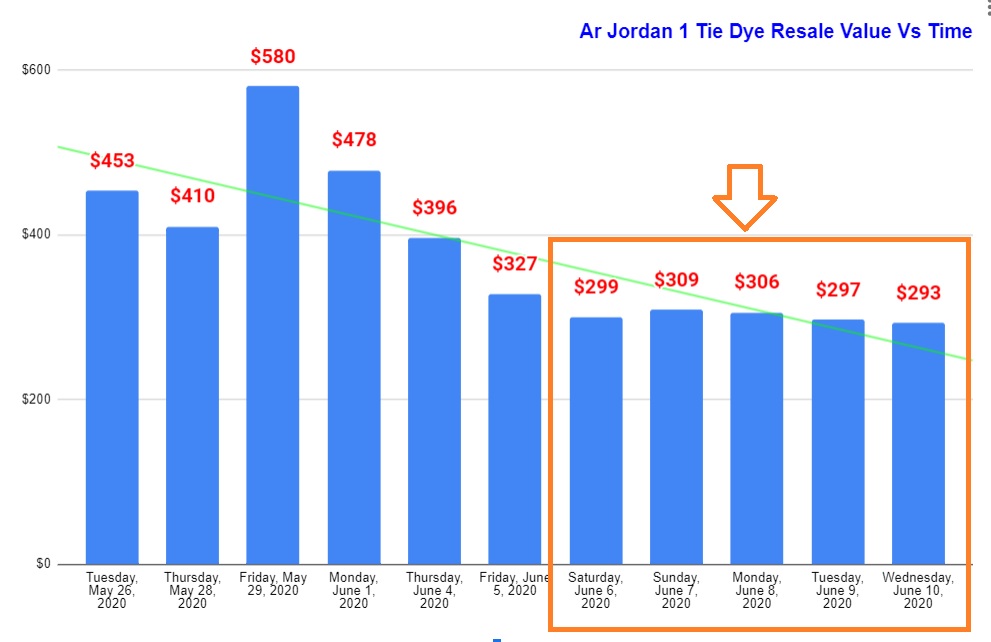 The histogram above shows the average resale value of the Jordan 1 Tie Dye by day. You can clearly see that the value of the shoe has decreased  between May the 26th and June the 6th. I want you to zero in on the trend between June the 6th and June the 10th. You’ll notice that since Saturday June the 6th, prices have remained roughly the same and the current average resale value is the low $300’s. Let’s not forget that the shoe is dropping in Europe on the 12th but in the USA on the 26th. That might explain why prices are fluctuating.  Let’s also see what sizes are yielding the best margins. 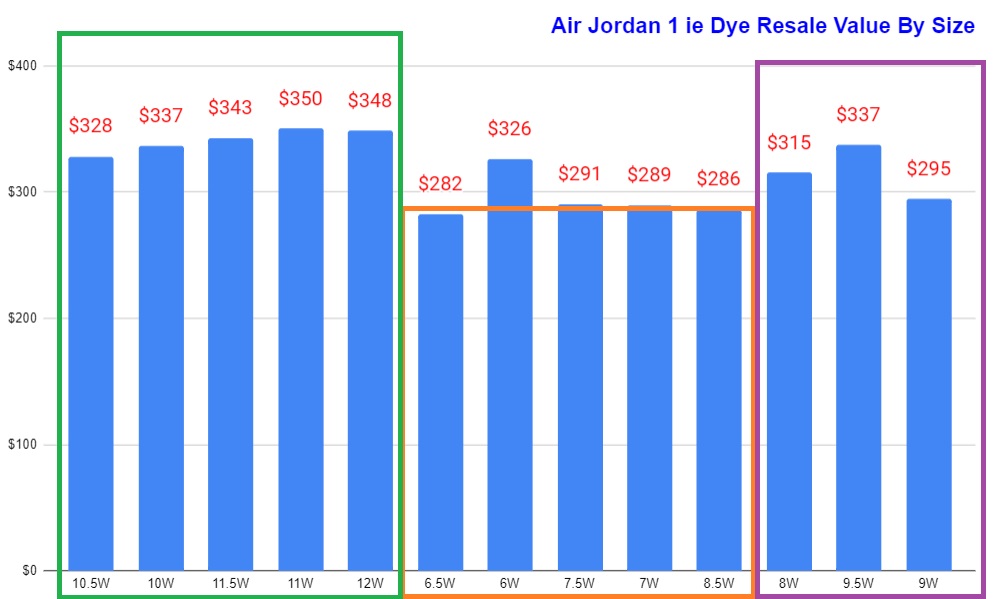 What can we learn from the chart above? The bigger the size , the higher the revenue. sizes 10.5-12 yield to the highest revenues. sizes 6.5-8.5 at the exception of the 6 and 8 yield to the lowest revenues and sizes 8,9 and 9.5 yield to moderate revenues. We already established that the overall average resale value is in the low $300’s. The shoe costs about $170 before tax and roughly $185 after tax. At that price , folks are looking at profit margins within the ( $80-$100) for mark ups within the ( 48%-54%) . I’m suspecting that prices will remain in the low $300’s and will eventually increase within a month time.