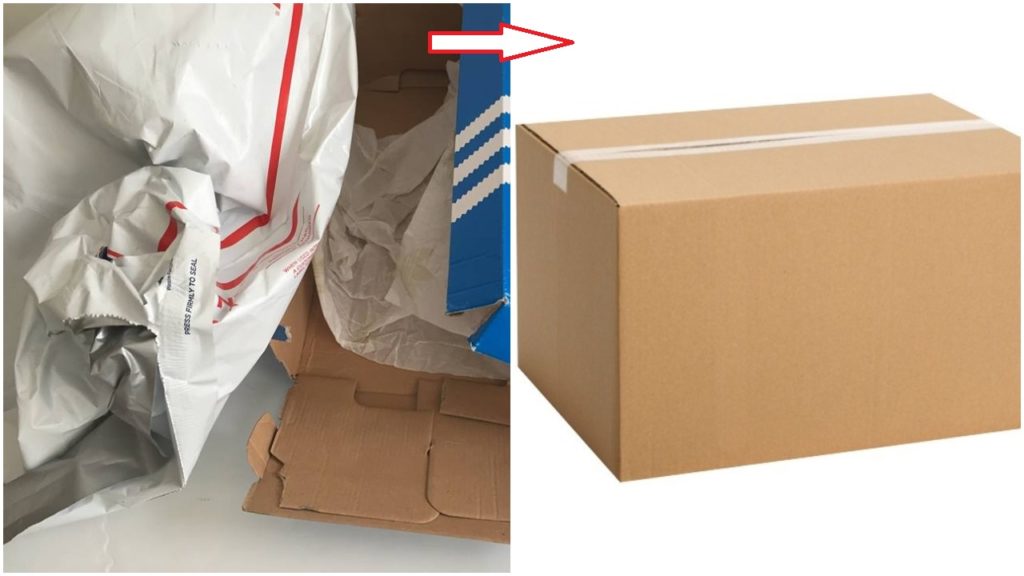 5shares
This post stems from a package I received this evening from an order I placed at my local footlocker a couple of days ago. I thought the delivery man had made a mistake when I saw three different boxes at my porch. I recalled purchasing two pairs online via Finish line but the third box was the enigma. I was stunned when I realized that third box originated from Footlocker ( it came in actual brown box) and not the usual flimsy plastic bag from the postal office.
For those who don’t know I wrote a post a few years ago complaining about footlocker’s poor packaging system , see link below

A few days ago I was actually talking to a FTL employee who had informed me that the company was implementing changes as it pertains to how orders were being packaged and delivered. And it was a result of several ongoing complaints FTL has been receiving from customers. He even said that there are times where folks don’t want to buy a certain shoe from his particular location because the box the shoes came in are in poor condition. I’m glad Footlocker finally took this seriously. Retail sales via malls is in a precarious spot now as most transactions are taking place online and a good way to lose customers is to deliver their shoes in “damaged “ boxes. Footlocker has had this thorn on their side for too long and many of their competitors have understood the importance of delivering sneakers in perfect condition ( meaning in undamaged boxes ). I have been very impressed with Finish line in particular , their boxes even bear their logos, something FTL should consider adding to their packaging- ( branding ). Most third party marketplaces include all kind of perks in their packages ( stickers , logos on boxes , etcc). Those little things  do matter because they make the customer feel special and FTL took this for granted for too long to their own demise. Hopefully the changes that are occurring now are the signs of good things to come