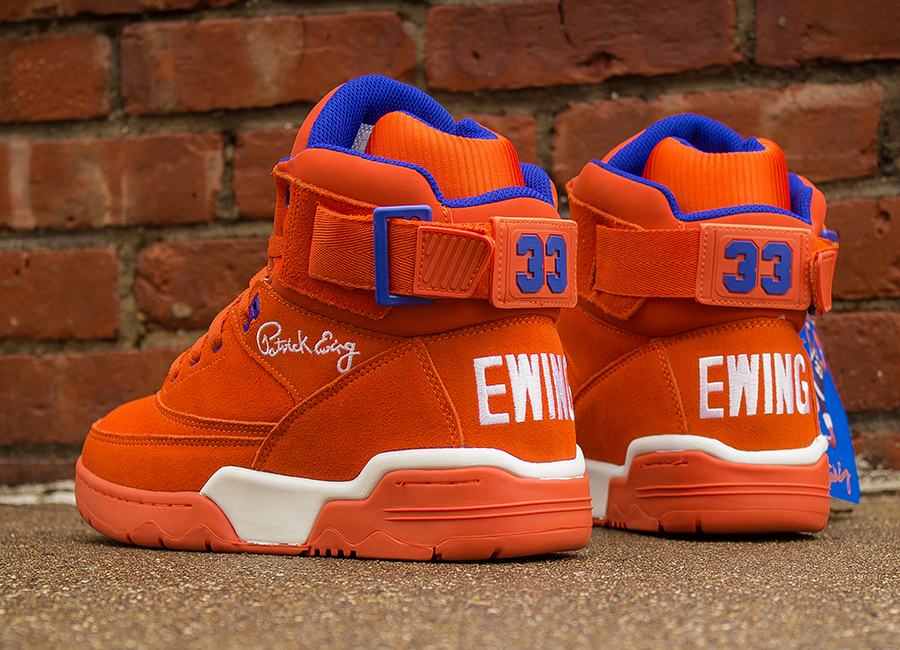 I grew up in Togo, a French speaking country in west Africa where access to signature sneakers like the Ewing Athletics was almost impossible. You have to remember that this was in the 90’s when the internet was not popular and probably only used exclusively by the military. So the only way I could see any sneakers was via a friend of mine who had some strong ties with guys overseas that will periodically send him sneaker magazines. We would all drool over the pictures but didn’t have the necessary funds to acquire them. All we could hope for was to possibly find them in the second hand market ( pre-owned sneakers) . But the experience of looking through the magazine was itself fulfilling and sufficient enough for us . Thinking about it even now brings a lot of warm memories. So in the 90’s which I consider the golden era of basketball, sports and sneaker magazines were our only way of connecting with the players we idolized. I was and still am a big Ewing fan to this day, but Patrick Ewing is now retired and the Knicks are a shell of themselves . So how do you reach today’s consumer. You couldn’t sell this generation a pair of sneakers with a magazine . I don’t even let magazines like Eastbay cross my front porch, they get tossed in the recycle bin . Some will say the best way to reach the consumer is through social media; to that I will say yes to some extent . But looking at my own traffic on my website, most of it originates from organic search which depends heavily on relevant content. I tried Facebook ads and it was terrible, my reach was poor and it didn’t create any bumps in traffic on the site.

I went a little off topic but what I wanted to share with you was what I learned from certain bootleggers on Instagram, and I think major as well as small and struggling brands can learn a thing or two from them . They are creating compelling content that generate so much engagement from their audience . I wish they would actually create their own products instead of munching off somebody else’s trade name . They are already creating solid content so I don’t see a reason why they wouldn’t be successful . In the video below they are showing the consumer a little snippet of how their shoes are made in the manufacturing plant.
I have yet to see anything about how Ewing sneakers are made. The shoes are constructed with premium materials, don’t you think it will be a great thing to show your loyalists how your sneakers are manufactured ? This is not the only remedy but all I’m trying to say is that brands have to create striking content that is compelling enough to generate some interaction from their audience. The Ewing site is pretty dull and it doesn’t make me want to stay on it for more than 20 seconds . Without getting into  many specifics I think Ewing brand and other smaller brands have all the tools they need to be very successful.
The customer experience is the most important thing that companies have to focus on , and too many brands think by just putting pictures of shoes on their sit , they ll generate sales ; well it doesn’t work like that. You got to give the viewer a reason to get up every morning to come to your site. Stay tuned for further updates