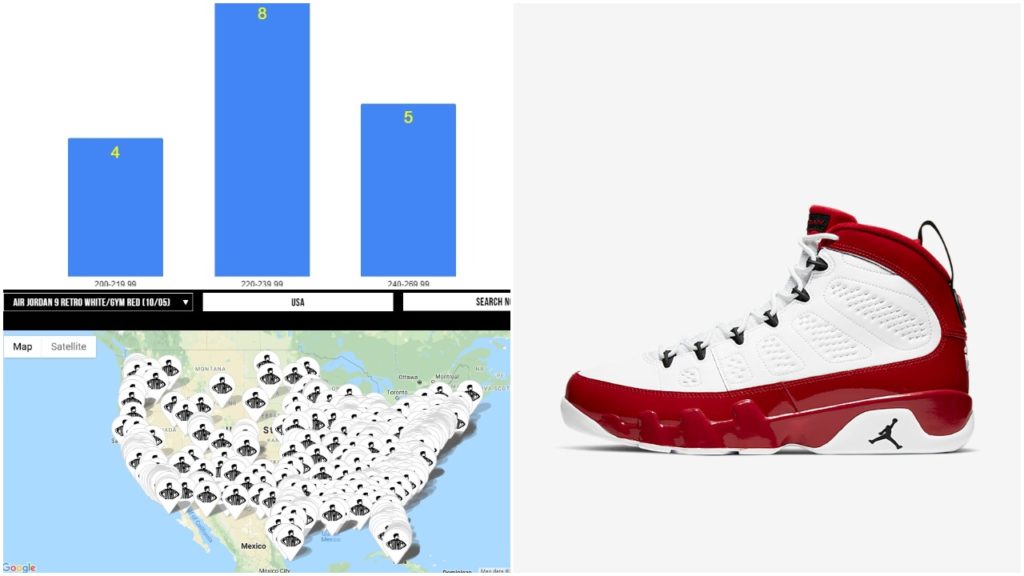 The Jordan 9 was my performance sneaker of choice for the playground between the year 2009-2012; it provided so much ankle support and cushioning that I couldn’t get away with using any other shoe but the 9’s. I have since tested the Kyrie 2, even the Air Monarch IV just to name these and they have proven to also be great for basketball, Nike is releasing a new colorway of the model on Saturday October the 5th, the Air Jordan 9 Gym Red and the shoe will definitely be available in substantial numbers, But since I have to back up my claims with evidence, let’s try to figure out how many pairs were made. We’ll get an estimate of the number of stores allocated an inventory first.

Major Retailers: Beside Nike, we have Footlocker (FTL), Footaction (FTA), Champs, Finishline, Dicks, Hibbett,JD Sports in Stores and Online and Eastbay ( online only)

Now let’s a look at FTL, FTA and Champs release map to get an idea of the production numbers we can expect.

Now let’s set up our assumptions and compute our numbers

2. Their online locations ( FTL, FTA and Champs) will receive about 1/4 of the inventory the stores are getting.

2. .Eastbay will receive about a 1/4 of the number all three online locations are receiving

3.Each FTL physical location will receive an average of 18 pairs snd let;s assign 12 pairs for FTA and Champs physical stores

The Air Jordan 9 Gym red will be an easy grab and the good old rule for supply and demand will be in full effect here. This is a shoe that was indirectly made for the outlets; let’s quickly take a look at eBay’s current average sale price, see histogram below 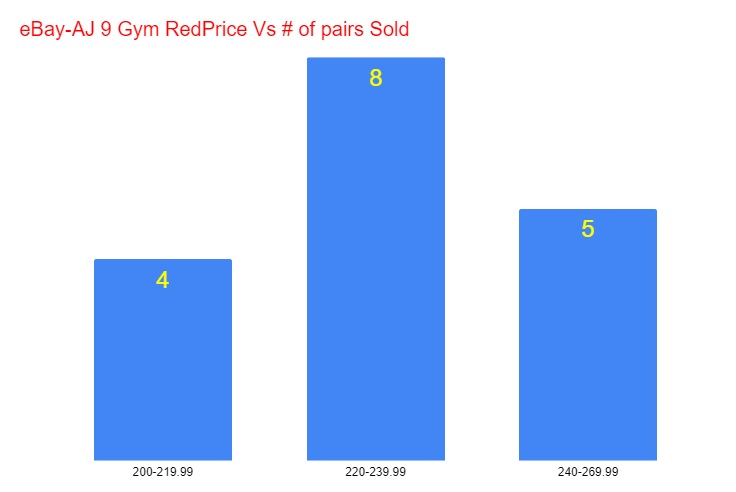 StockX’s  average is at $244 for a 28.9% mark up. The price is probably going to drop within the next 72 hours so I wouldn’t recommend buying these sneakers for resale purposes. StockX only recorded about 136 sales ( which is pretty low) compared to their usual numbers. I suspect that retailers are in it for another rough week end. 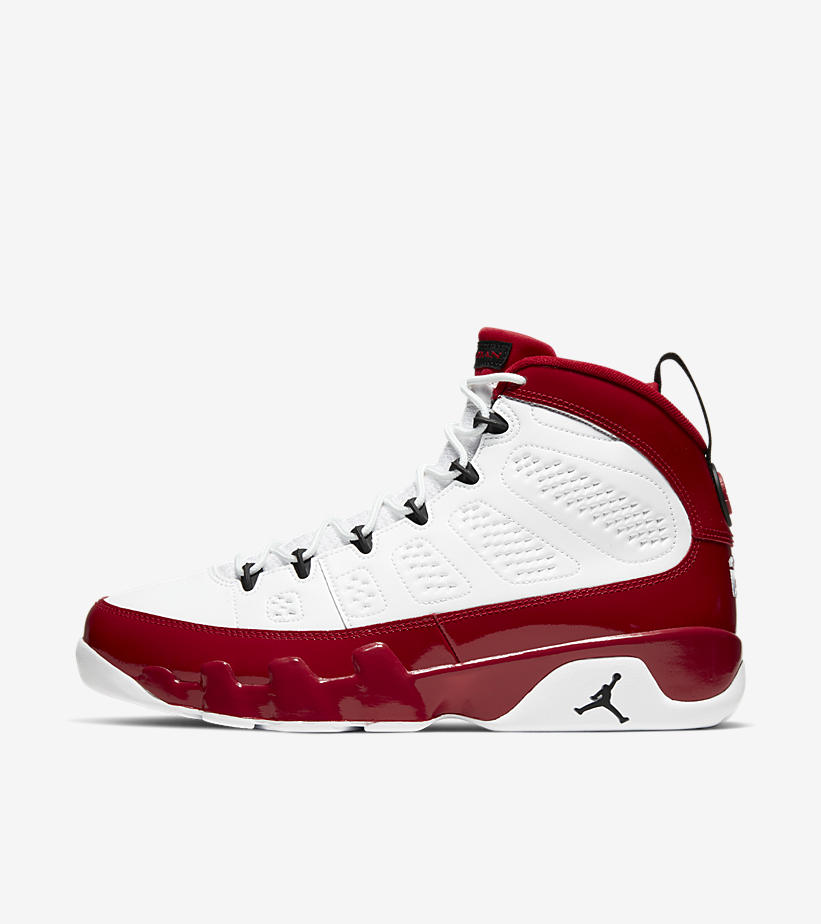