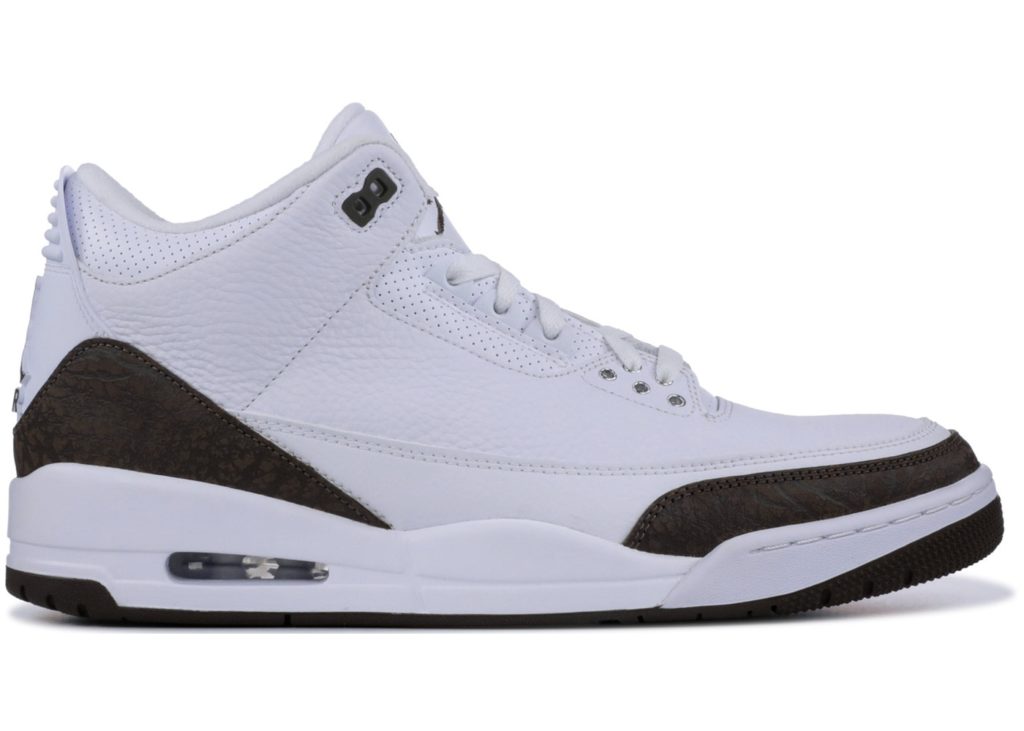 So many sneakers are coming out in the next three weeks that I’ll have to keep checking  release calendars from various retailers just to be sure I don’t miss the key sneakers . Nike has made it so hard to keep up with their upcoming releases with  giving their distributors different products with every shoe that drops i.e only minor retailers receive the Candy Pack Jordan 18’s while major retailers like Footlocker receive the Melo 13’s see post below

I don’t think that will be the case with the Air Jordan 3 Mocha; by the way this was one of my favorite shoe and I remember picking up a pair from my local champs in 2003 from the sale’s bin for $79.99, the shoe came in the “Jordan Face” box. I’m definitely delighted that Nike is bringing it back again. I usually check FTL launch locator to see how many stores will be given an inventory but it’s a little too early this time so I’ll just create a liner model based on the previous Jordan 3 models released and make prediction using the equation.

In February of 2018, the black cement was released ( this is right round TAX season) and Nike made about a million pairs based on my prediction, see link below for details

How Many Black Cement 3’s made

A few weeks ago, the Chlorophyll 3 was also released and I predicted about 310840 made, see link below

How Many Chlorophyll 3’s were made

and the equation is:

So it is safe to say that there might be around 250,000 pairs produced for December the 15th. I will be updating the post once I have more information.

StockX has recorded currently 17 sales at an average selling price of $233 which is basically 31% above retail. That kind of agrees with the prediction to some extent, the jordan 3 chlorophyll was selling below retail two weeks prior to its release date.

Retailers should be able to sell a fair amount of pairs on Release DAY so I don’t think they ought to be worried about the Mocha 3’s rotting on shelves.