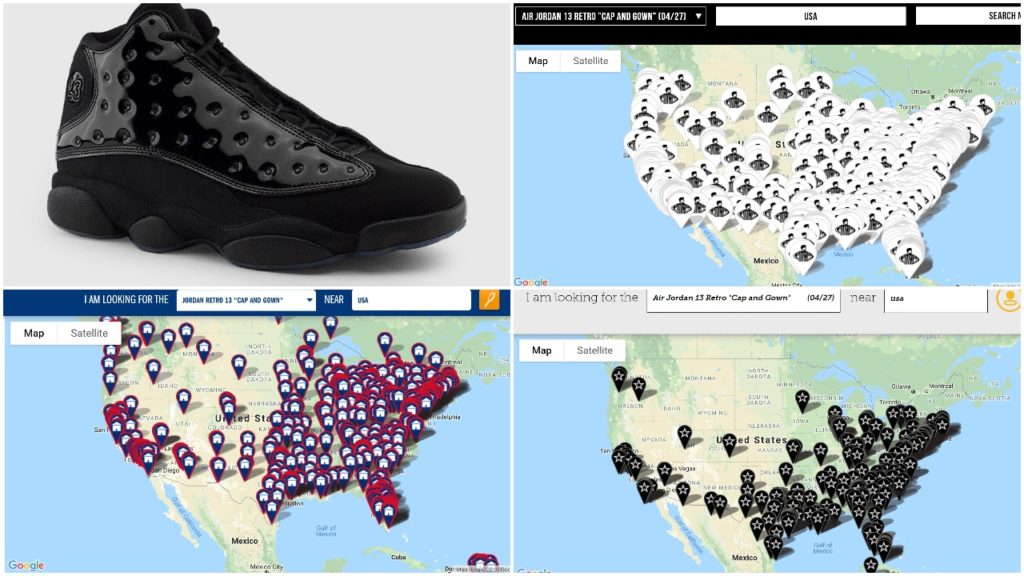 I wanted to invite my nephew to an event this coming Saturday but he quickly stopped me in my tracks to tell me that he had his “prom” on the same day. And the conversation immediately led me to think about the Air Jordan 13 Cap And Gown; this is going to be the one gift parents will not be able to deny their graduating sons or daughters. I wonder why Adidas didn’t think about creating an NMD dedicated to high school seniors; all these brands thrive on the concept of copycat so I’m surprised Adidas didn’t tap into this, it would’ve been fitting especially since we live in the era catered to the “youth” ( remember that the NMD carried the idea of free spirited theme). Last year, Nike dropped the Jordan 11 “Prom night” and it was a success; the Edit To Amplify campaign’s main aim is to give people what they want and I believe the patent leather “Cap and Gown” Jordan 13 will be another win for the brand. The shoes will be available for purchase via all major and minor retailers. Let’s try to come up with a believable projection of the number of pairs made.

Let’s attribute 1/3 of the entire allocation to Footlocker & family ( Champs, Footaction and Eastbay). We’ll also assign an average of 18 pairs per FTL store, 12 per FTA and Champs store; and lastly we’ll give the online stores about 1/3 of the total the physical stores are given.

Since we assumed that the online stores will receive about 1/3 of the allocation the physical stores are given, then

PS: I may be totally wrong on my estimates ( everything written on this post is purely based on my own subjective predicitons) so take the information with a grain of salt.

How is the sneaker going to do perform in the retail market? 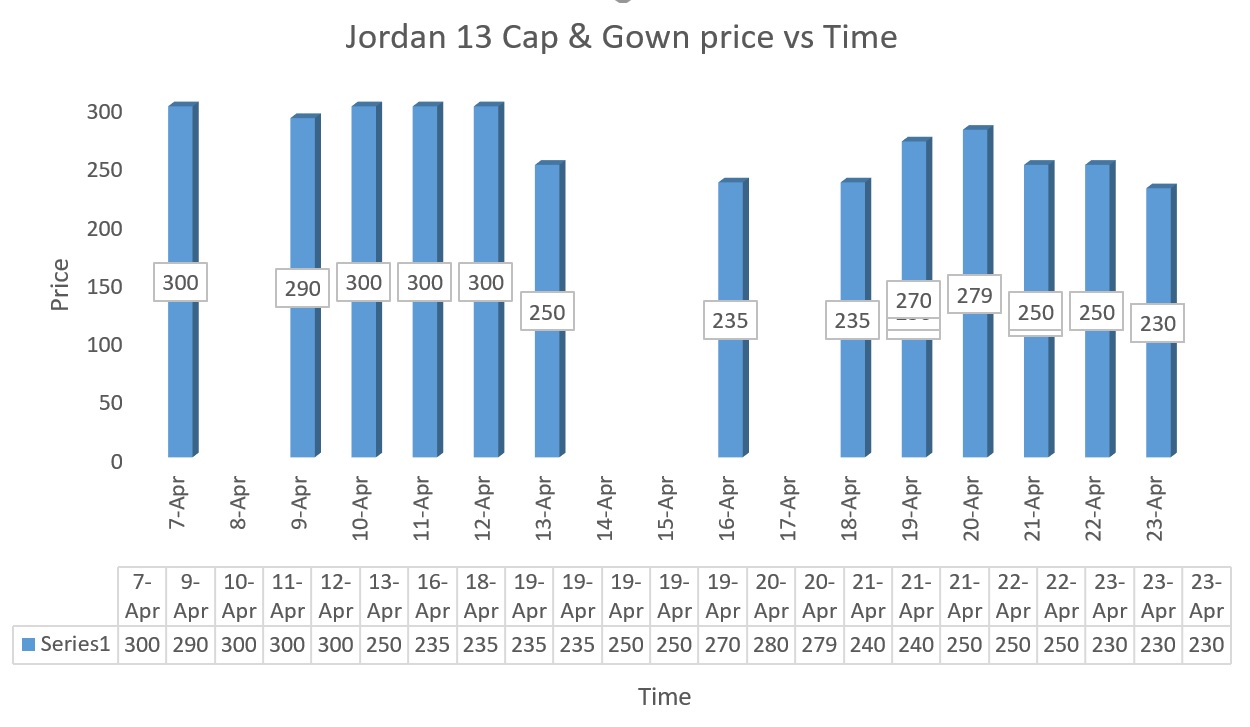 The histogram is a summary of the data I collected via eBay ( sales records from April 7 to April 23). You can clearly see that there are some irregularities. In early April, the market value of the shoe was $300 and it suddenly went down to $235 by April the 18th but then went back up to $280 two  days later ( April 20th). As of April the 23rd , the market value is $230 and we can expect a steady decrease of this price as time progresses. We can actually create a quick liner equation to predict the price as time elapses.

How is the shoe going to perform in the retail market? It’s going to sell relatively well; I’m not expecting them to sell out instantly since there are many pairs available but I don’t think retailers will have to worry about this model rotting on shelves.

BUY IT NOW-SEE LINKS BELOW

You can also purchase it on eBay from our featured sellers, refer to the listings below