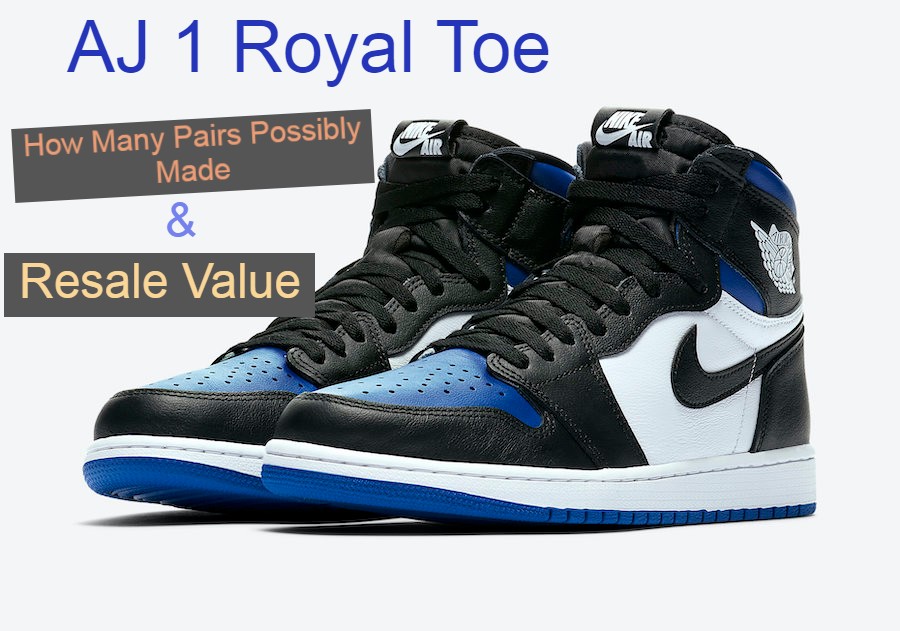 The Jordan 1 silhouette continues its dominion as Nike keeps spitting out newer colorways of the model. Releasing on May the 9th  is the Air Jordan 1 OG Royal Toe. The shoe features black leather overlays with white leather on the side panels and game royal on the collar and toe box. The technical features are similar to any other Jordan 1 model. This morning we’ll be talking about how many pairs of the shoe were possibly made and their current resale value. First let’s take a quick count of the major and minor retailers that were allocated an inventory.

Now we need to set up our assumptions and run our numbers; that’s the difficult part because of the COVID-19. We’ll treat this release as if stores were still running their physical locations and construct our assumptions in keeping with this premise. 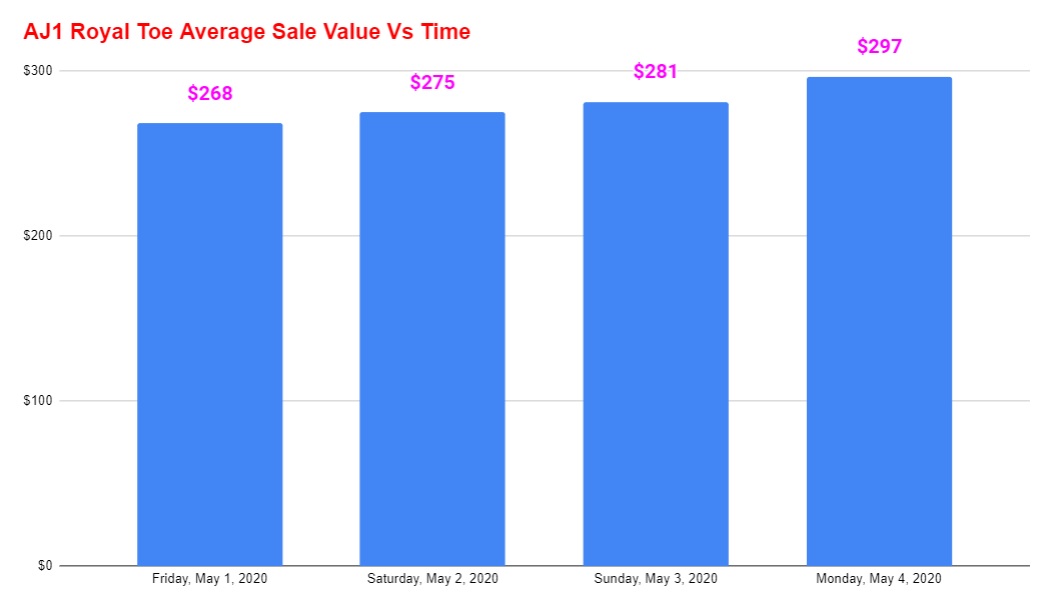 You can see from the chart above that the sneaker has been increasing in value with time; in 4 days it went from an average daily value of $268 to $297 ( basically a $9.7 increase per day). That is great news but it can also be influenced by possible outliers ( irregular values) , although I highly doubt it. The shoe costs about $170 before tax so with these averages folks are looking at profits margins between $62 and $89 ( for mark ups between 34.25% and 49.71%). These are pretty decent mark ups. Now let’s look at the average third party market values by size. 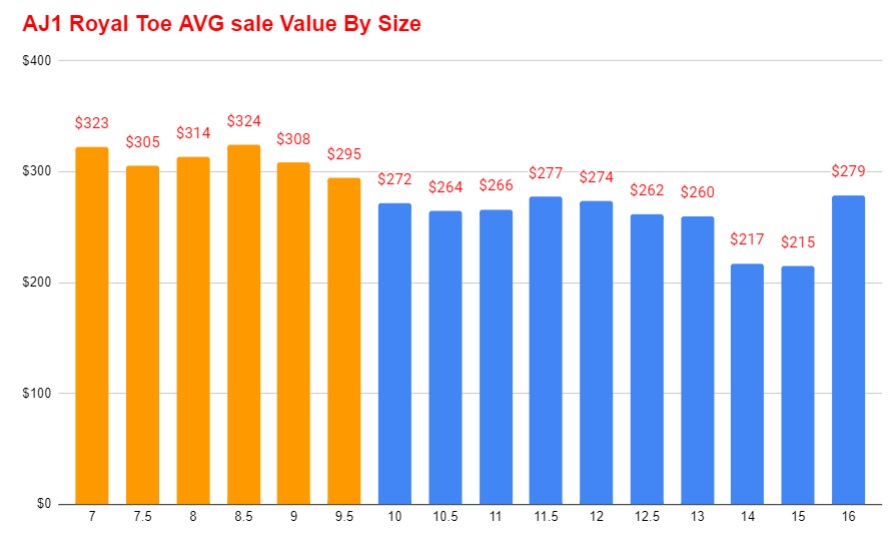 You can clearly see from the histogram above that sizes 7-9.5 recorded the highest revenues ( $295 to $323) for profit margins between $86 and $112, so you know what to aim for as far resale is concerned. The lowest sales recorded were from sizes 14 and 15 which makes perfect sense ( those aren’t very common sizes). Sizes 10-13 also recorded very decent returns, with values ranging from $260 to $277 for profit margins between $54 and $70. So the verdict on this shoe is- you can definitely make some money on it, and retailers will sell out of the model instantly.

Where To Buy The Air Jordan 1 Royal Toe Now? 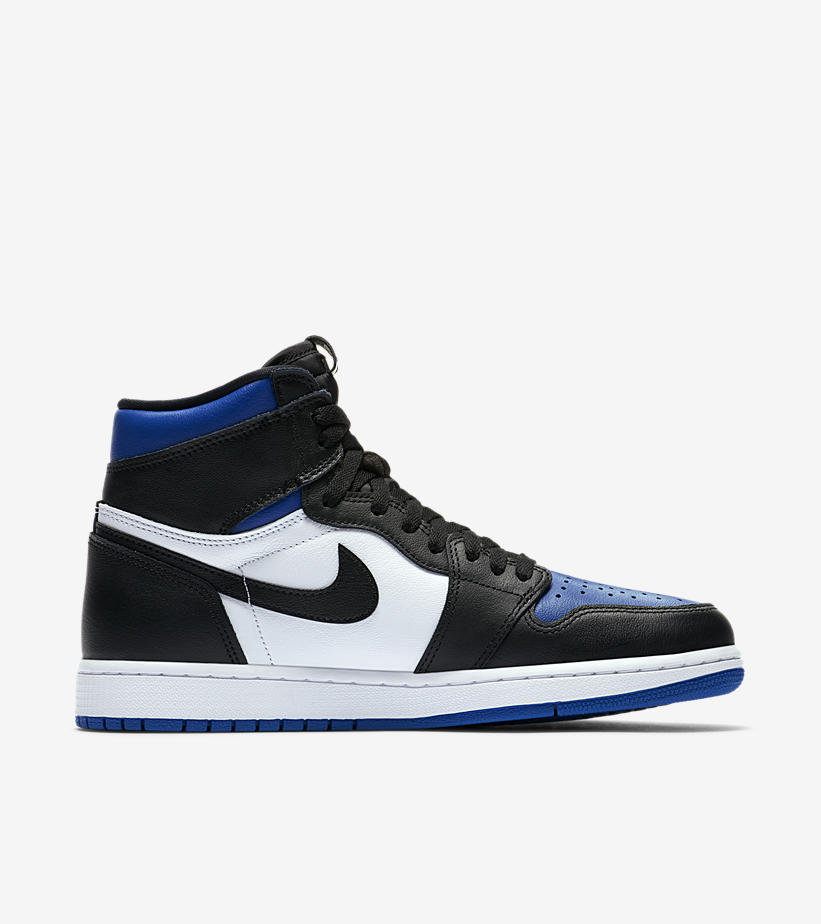 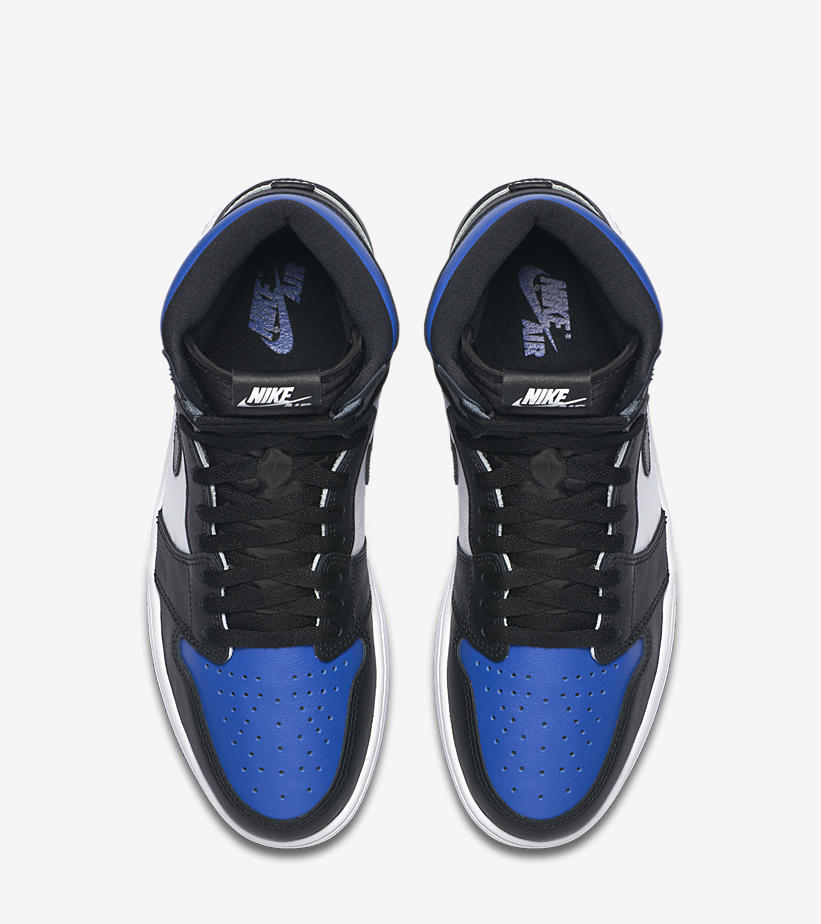 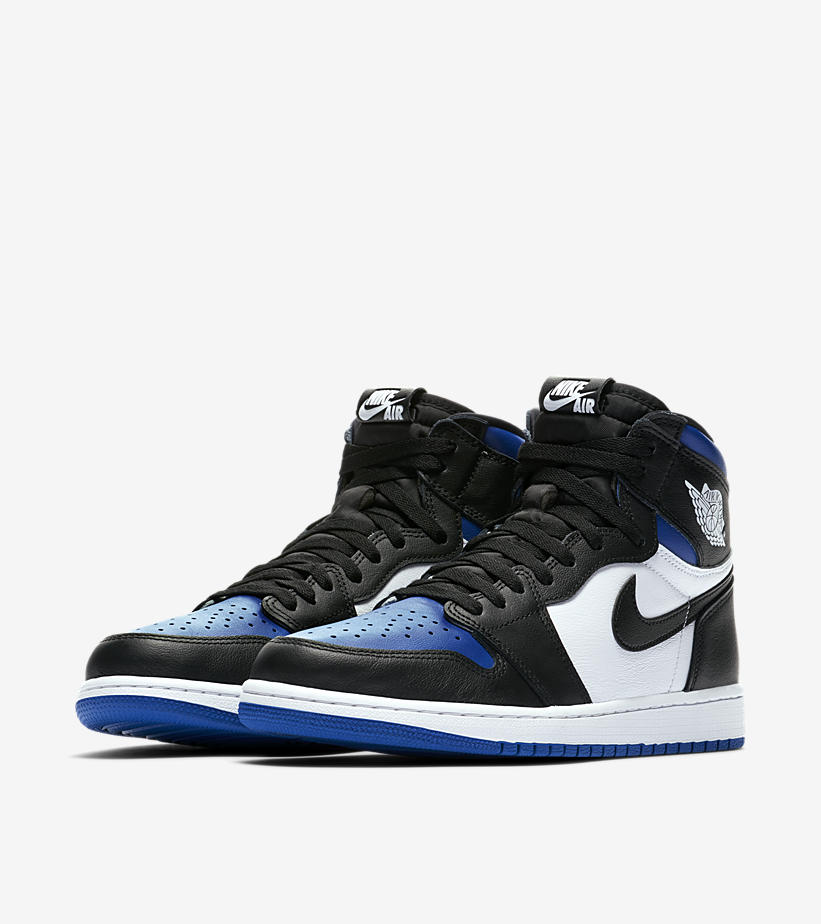