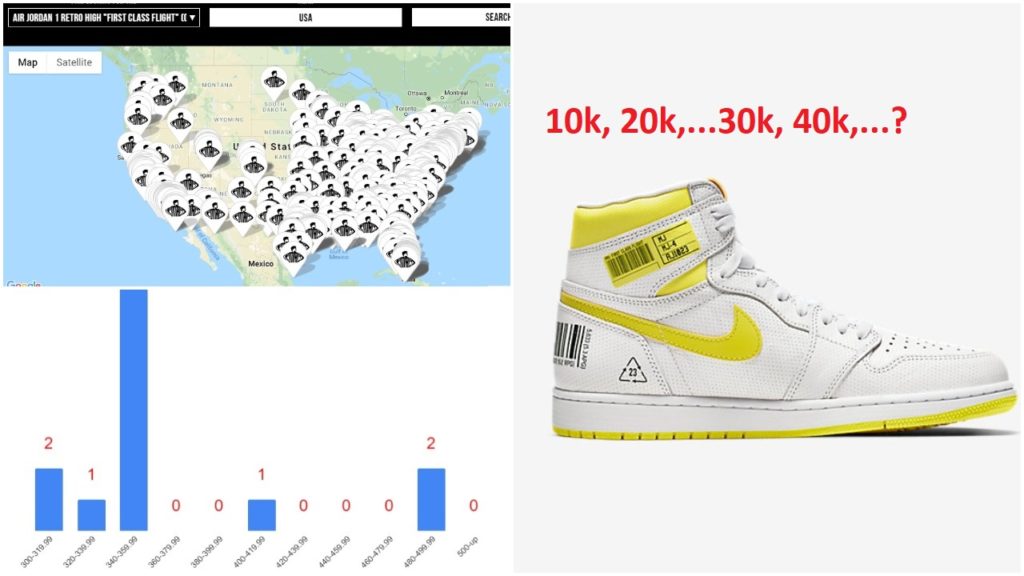 The Air Jordan 1 Obsidian dropped about two weeks ago and  was an instant success; Nike continues to test the market with new colorways and themes in keeping with the Edit To Amplify campaign. I personally am not fond of fluorescent highlights on a white shoe but Nike thinks otherwise. Coming out on September the 28th is the Air Jordan 1 First Class Flight; I’m not sure what inspired the details on the its uppers, so I’ll invite you to visit Nike.com for that. My task this morning is to come up with a rough estimate of the number of pairs produced and I’ll stick with my usual method. Beside Nike, here are the major and minor chains within the USA that will carry the shoes comes Saturday.

Minor Retailers: None so far from my scouting

Based on the data that I collected, only Footlocker and Footaction ( not even Champs) will be carrying the shoes on September the 28th. Let me show you some pictures of their release maps to get a better idea of what we’re dealing with.

As you can see  from the images above, neither Footlocker nor Footaction is going to operate on the first come first served basis, and that’s because this shoe is limited. That also indicates that most stores will not be given a substantial amount of pairs. Now let’s create our assumptions,

-Footlocker, Footaction  will receive about 1/2 of the entire US inventory

-Each physical location will receive an average of 12 pairs ( I know that some stores may receive close to 70 pairs but those are rare cases) so we’ll stick to 12 pairs.

And it’s safe to say that the Grand Total would be 24,000 x 2=48000 pairs( I’m assuming that the rest of the world will get just as many pairs as North America’s total)

I’ll be looking at eBay and StockX’s data to answer this question. I’ve summarized eBay’s findings in the histogram below 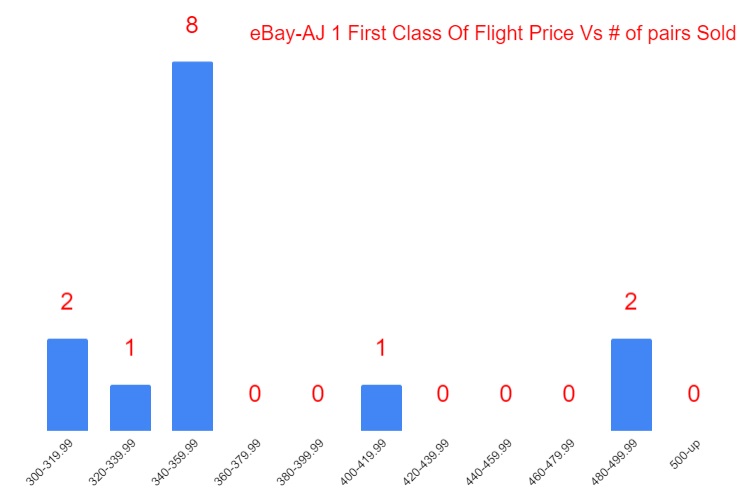 Stockx’s average is at $421 for a 103.1% mark up so Should You buy to flip? I hope you don’t have to think of this too deeply to come up with an answer. The shoe is certainly limited, and we realized it as we were looking for its availability. The stunning fact to notice here is the sale’s ratio between eBay and StockX. I’ve mentioned it in previous posts that I wrote, but I feel the need to reiterate it again. For every 13 pairs of the Jordan 1 First class flight  sold on eBay, about 532 are sold on stockX ( 2.44% in other words for every 2 pairs sold on eBay 100 pairs are sold on stockX). And the reason for this is very simple, eBay is polluted with fakes and is no longer a safe marketplace for buyers ( although there are still several legitimate sellers on eBay). One other reason why this is also happening is because Stockx is basically a buyer’s market where the buyer imposes his will on the seller. I wrote about it, see post below

RELEASE DETAILS/ WHERE TO BUY 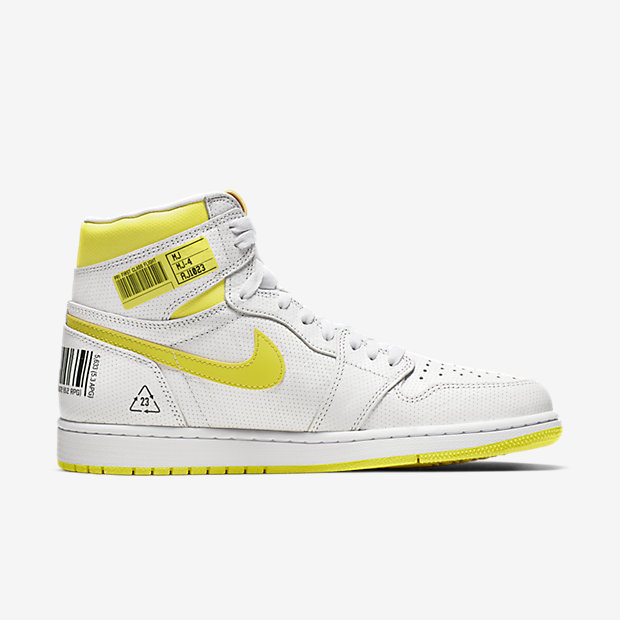