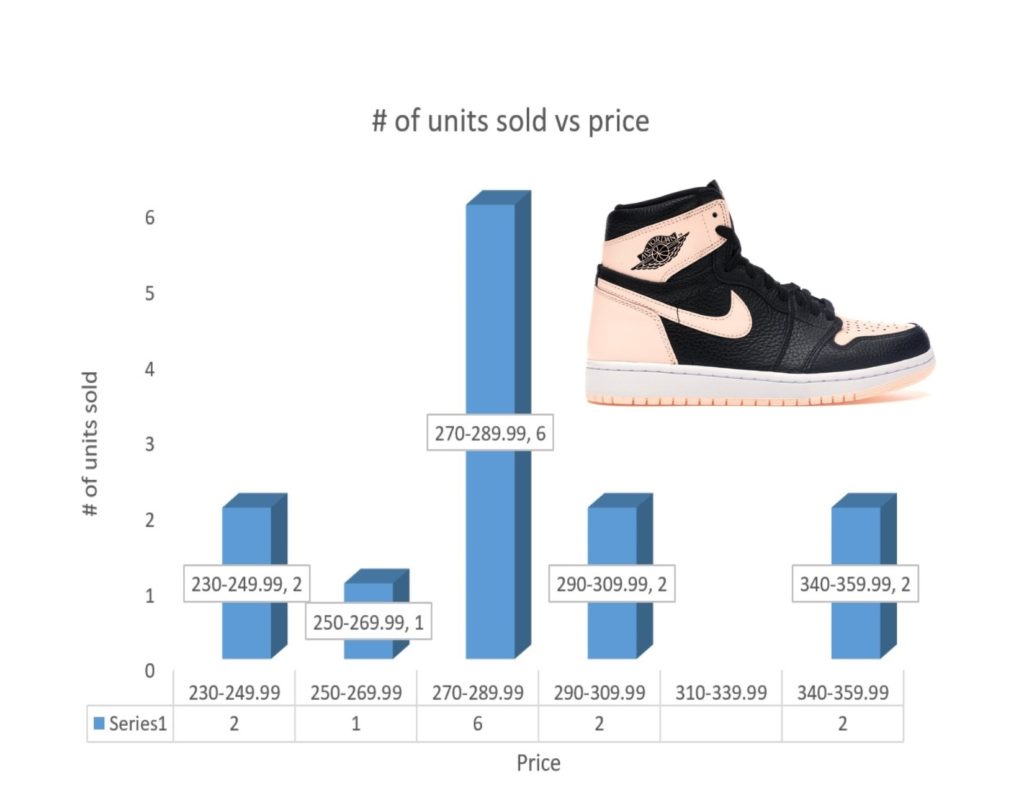 There is a bit of confusion as to when the Air Jordan 1 Crimson tint is releasing; I realized that the shoe is now going to be released on Friday April the 12th instead of Saturday the 13th. I will be writing another post about Nike’s strategic aim behind this, it has to do with finding a way to make resellers ‘s life miserable, stay tuned. I’m going to take a different approach this morning for finding the number of pairs of the Crimson 1’s that might have been made. As I looked at the number of stockists that were allocated an inventory , it became obvious that the Jordan 1 Neutral Grey and Phantom 1’s allocation might be similar to the Crimson 1’s numbers. Hence we can use create  linear model to make a believable estimate.

The Jordan 1 Neutral Grey released in January ( basically at t=0) and I projected a total 45,000 pairs. The Phantom 1 released in March ( t=3) and for a total number of 60,000 pairs projected. We can establish a liner equation based on these two data points,

the equation therefore would be:

Now let’s run our number for the Air Jordan 1 Crimson:

CURRENT MARKET VALUE & SHOULD YOU BUY TO FLIP?

Let’s  collect some data from ebay to answer this question. The records below are dated from March the 23rd to April the 4th. 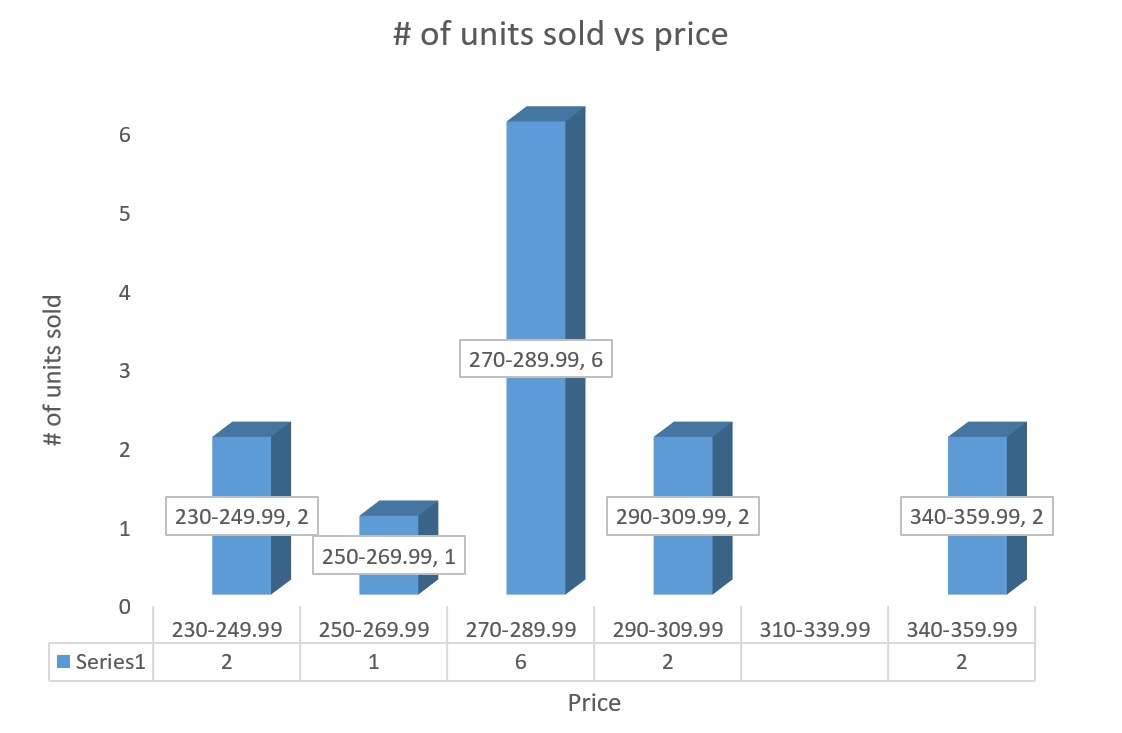 The average market value based on eBay’s data is $316.53 ( that’s a 86.45% mark up) so should you buy to flip? You can your grey matter and draw up your own conclusion. It’s also important to note that the mode ( the most likely value the shoe would sell for is $280). Obviously small sizes ( sz7.5-9) would yield the most margins but bigger sizes would be just as good based on volume. Retailers will have another great weekend , I already wrote about the Nike’s grace to retailers for the month of April, see post below

Nike Is Being Gracious To Retailers In The Month Of April

WHERE TO BUY THE AIR JORDAN 1 CRIMSON?

Buy it from Eblens-click here

You can also buy it on eBay from our featured sellers, refer to the listings below