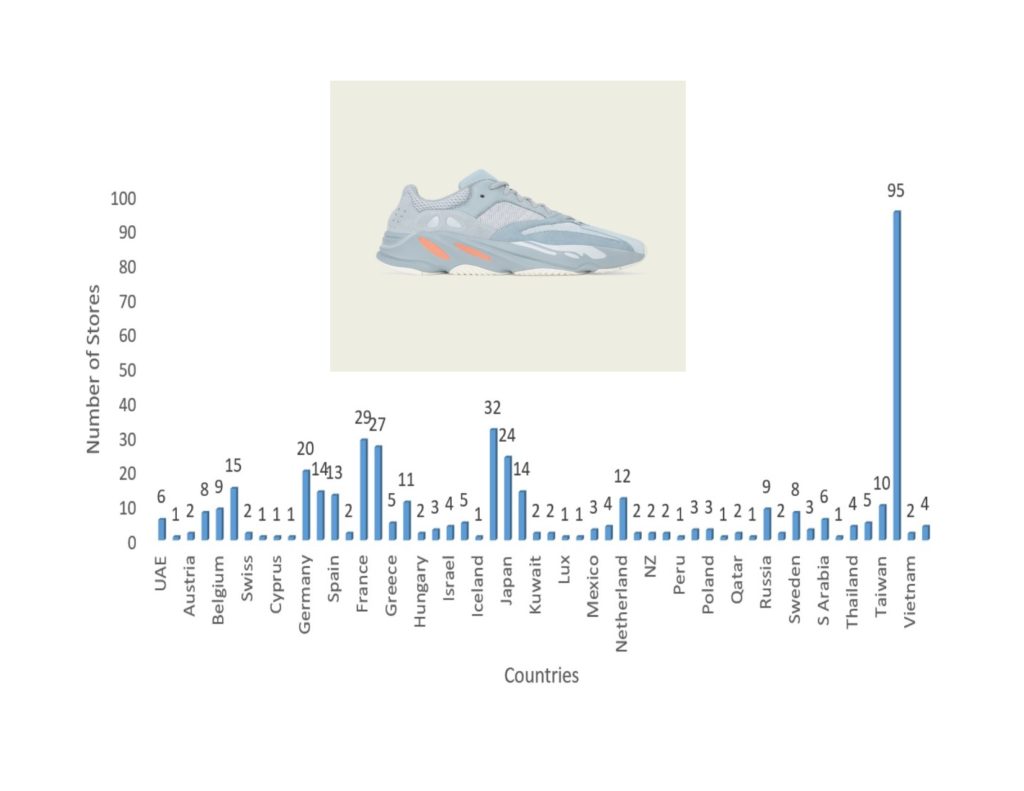 I haven’t written any Adidas post in a while simply because of the lack of time to dig into the brand’s site or release calendar. The Adidas Yeezy Boost 700 Inertia caught my attention a couple of days ago and I wanted to come up with an estimate of the number of pairs that could have potentially been produced. So I took to Adidas’s website and more precisely the Store Finder’s section for the list of stores given an allocation, my findings were put in the histogram below: 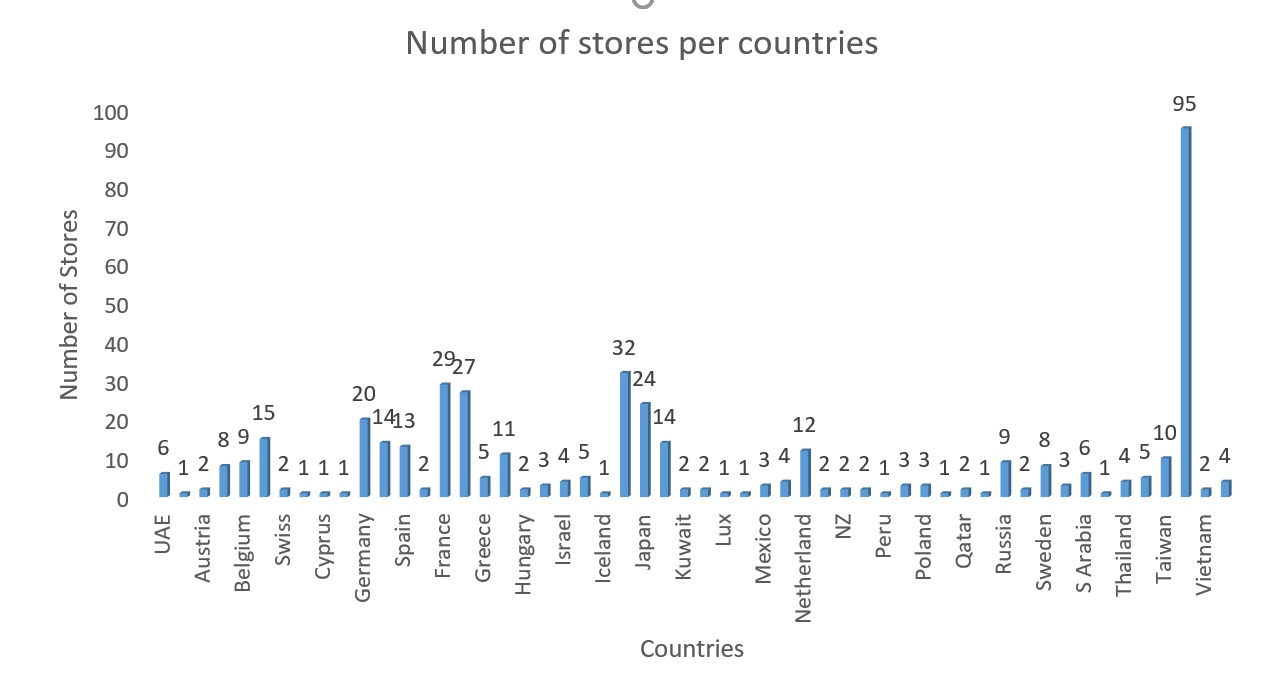 The countries with the highest allocations are located in Europe, Asia and North america. The USA is leading the charge with a total of 95 stores given an inventory ( Adidas didn’t use to put the list of all the US stockists on the store finder section, so that tells me that the brand is gearing toward the Consumer direct Offense mindset). You’ll also notice that some of the countries have been skipped on the histogram above, for the full list visit STORE FINDER

Now let’s try to come up with an estimate using the following assumptions:

This number will be very accurate if I’m not wrong about the allocation per store.

My son was being a thorn on my side this morning because I told him I was going to play Foosball with him so I’ll stick to StockX’s findings. Based on the picture above the average market value is $449 for a 26.8% markup. The retail price of the Yeezy inertia is $300 before tax so if you live in the state of Maryland you’d be paying $318 after tax for a profit of $131, not bad all if you ask me so I’ll let you draw our own conclusions. Is the shoe going to be good for retail??? Absolutely.