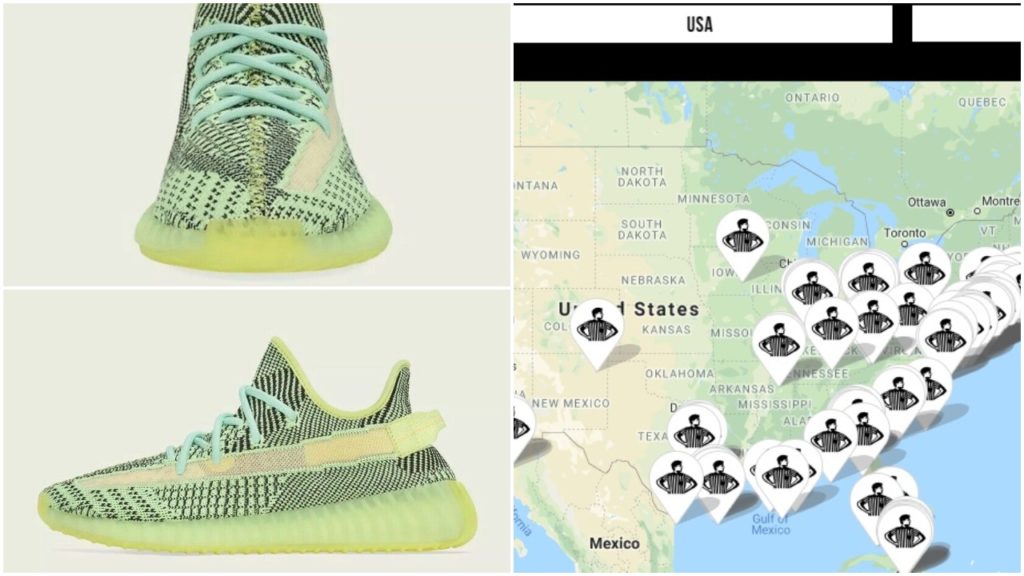 The Adidas Yeezy Boost 350 V2 Yeezreel is releasing on the same date the Bred 11 is dropping, so it will be interesting to see which sneaker will perform better. This morning task will be to figure out how many possible pairs of the Yeezy were made. So I leaned on Adidas’s store finder section to collect my data ( the number of stores allocated per region of the world). I came up with the following results, see charts below: 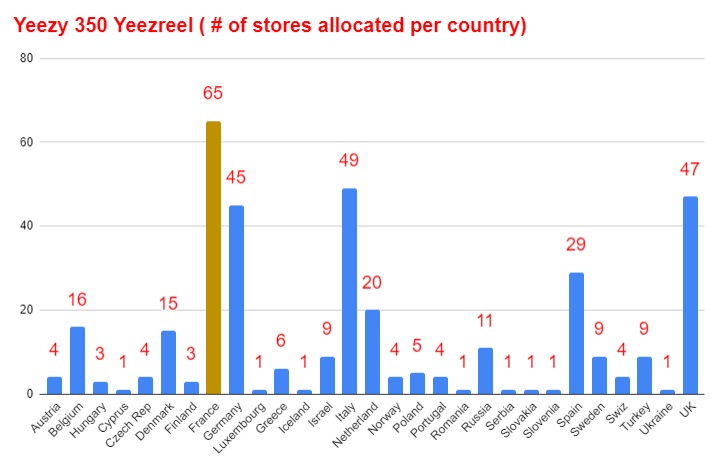 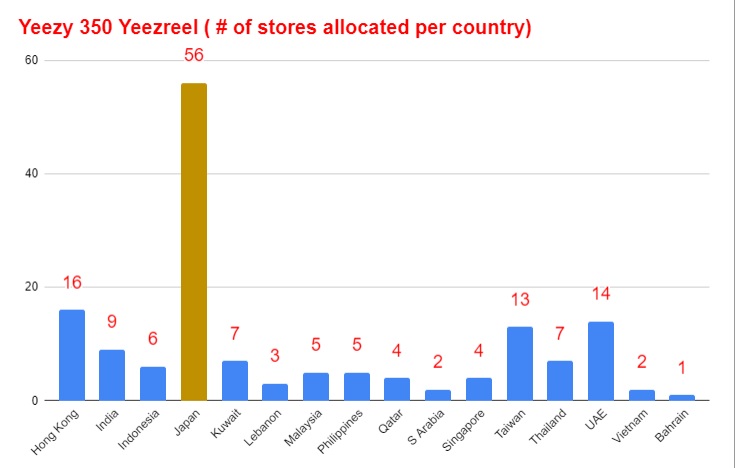 Japan is leading the charge in Asia  with a total of 56 stores recorded. This confirms the strength of the Japanese sneaker culture ( numbers don’t lie). The Yeezy 350 silhouette has definitely found a safe home in Japan; Adidas ought to create more Japanese themed sneakers ( they will certainly do well in Japan).

Australia and New Zealand haven’t won a lot of favor with Adidas it seems. Both countries have a combined number of 14 stores allocated. The only inference I can make from this is that the shoe isn’t highly coveted in that part of the world.

Only South Africa and two north African countries ( Egypt and Morocco) were given an inventory. Central, Eastern and Western countries in Africa were overlooked and it makes perfect sense. They are considered the third world and are characterized with extreme poverty, which explains why Adidas wouldn’t bother selling their luxurious sneakers there. Since Kanye West has given his life back to Christ, he could be a living testimony by using some of the proceeds from the sales of the Yeezy to help feed and educate the poor in ways to make a living. 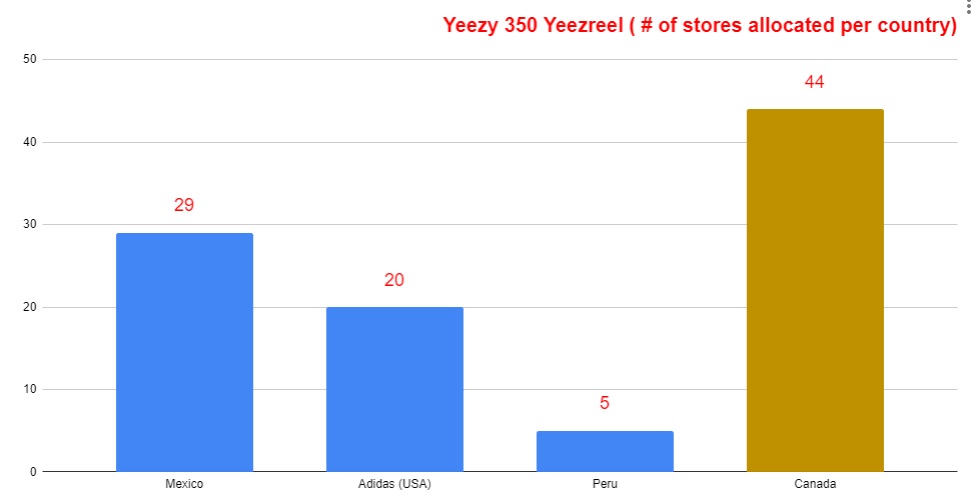 I have only included Adidas’s locations in the USA that will be carrying the Yeezy Boost 350 V2 Yeezreel, hence why the USA appears to have less than Mexico and Canada. Other  USA retailers such as Footlocker, Footaction, Champs, Finishline, Jimmy Jazz, Shoecity, Shoepalace will also be selling the Yeezy comes Saturday December the 14th, so don’t be alarmed by the chart above. 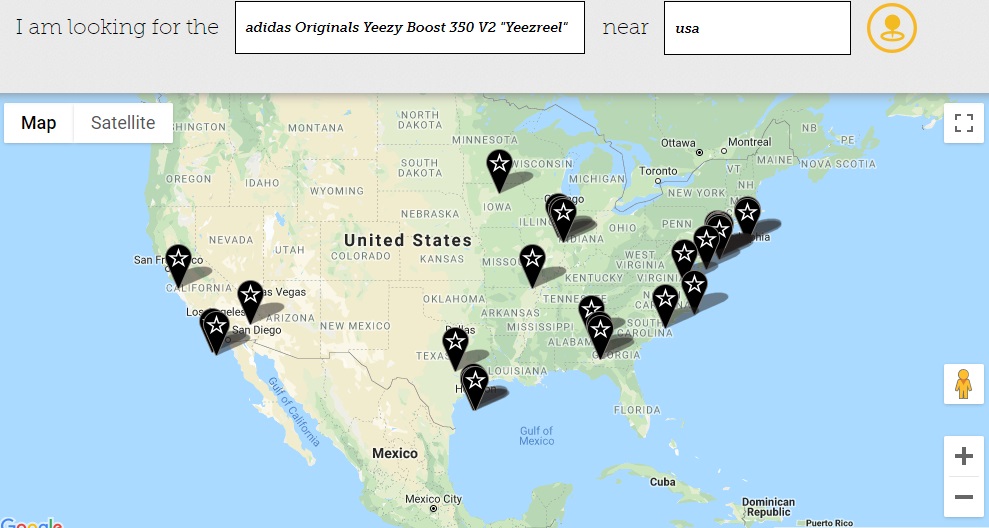 Footaction has an average of 30 stores allocated ( see release map above).

The best way to run our numbers today will be to lean on the information obtained from the Adidas Store Finder. Let’s set up our assumptions first.

So based on my calculation, the Grand Total will therefore be 60,000 pairs. 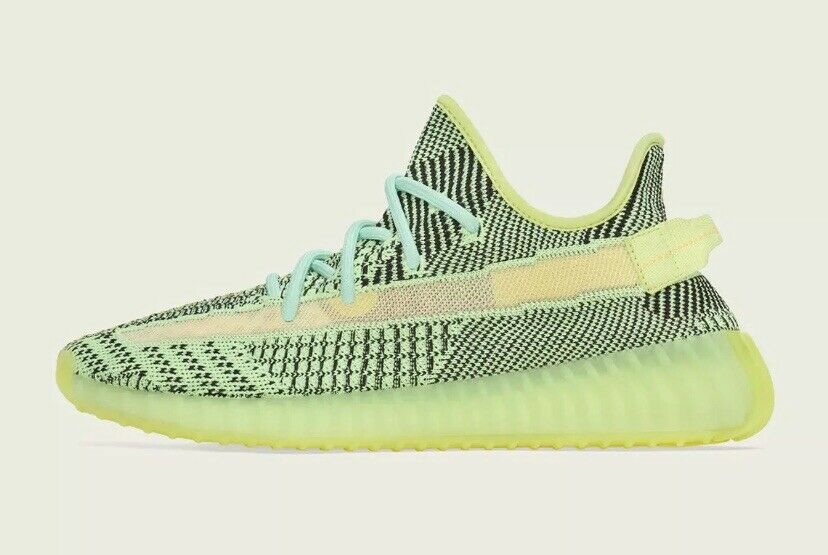 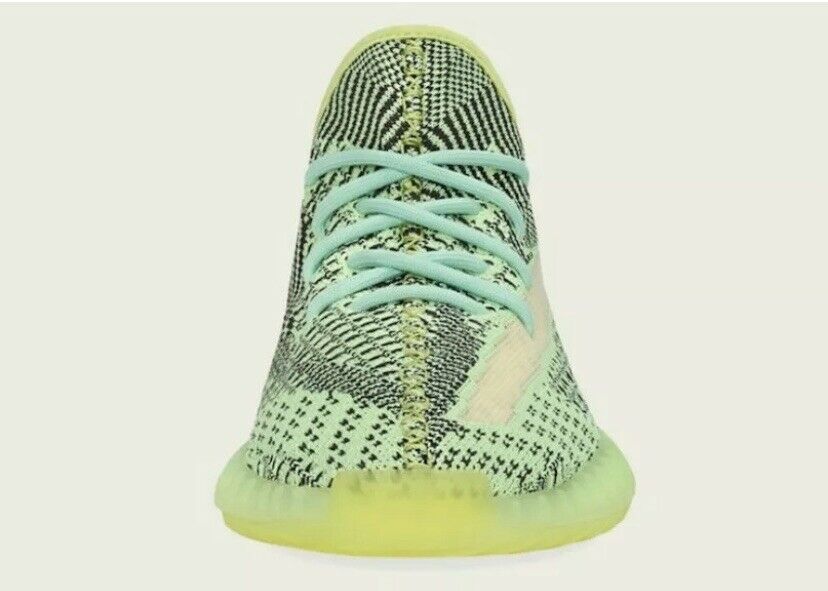