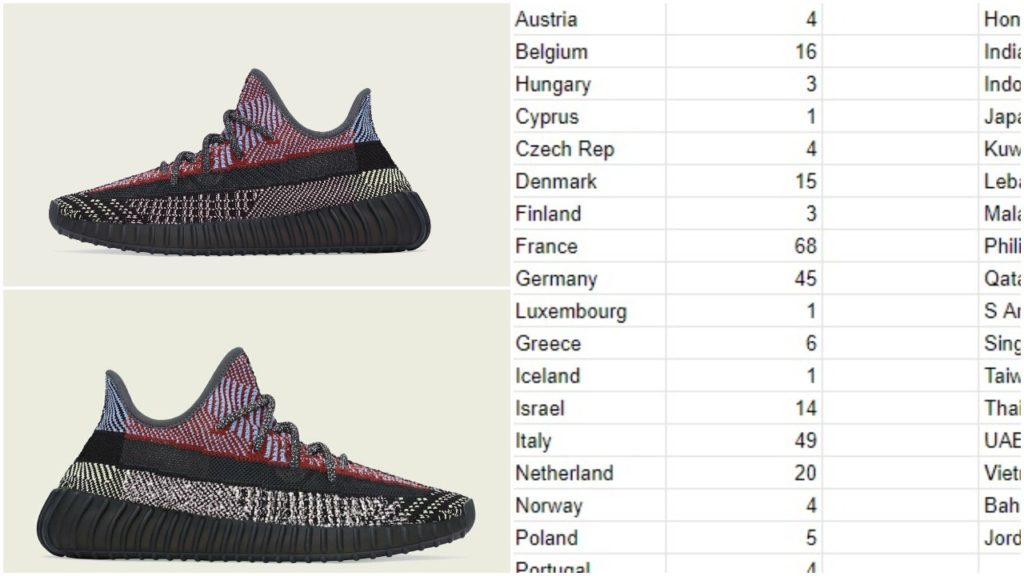 I wrote a post yesterday about the Yeezy 350 V2 Yeezreel, if you’ve missed it I’ll invite you to check the link below

This morning while checking out the Adidas release calendar, I noticed that the brand was dropping another pair of the 350 V2 named the Adidas Yeezy Boost 350 V2 Yecheil. The one thing that caught my attention was the word ” Yecheil”. I looked it up and it’s a Hebrew name commonly given to males, and it means -“May God live” or “God shall live”. The shoe certainly was made to give glory to the Living God and that’s a good thing to hear. Some may not understand why Kanye is doing this but I think he might have been inspired by 1 Corinthians 10:31,

31 So whether you eat or drink or whatever you do, do it all for the glory of God.

King Solomon’s last but one phrase in the book of Ecclesiastes was,

13 The end of the matter; all has been heard. Fear God and keep his commandments, for this is the whole duty of man.

So I commend Kanye West for taking a stand and living to bring glory to His creator. Now I’m sure most of you want to know how many pairs of the model were made and that’s my job for the day. I’ll once again collect my data per continent and set up some assumptions later, and then come up with a plausible prediction. 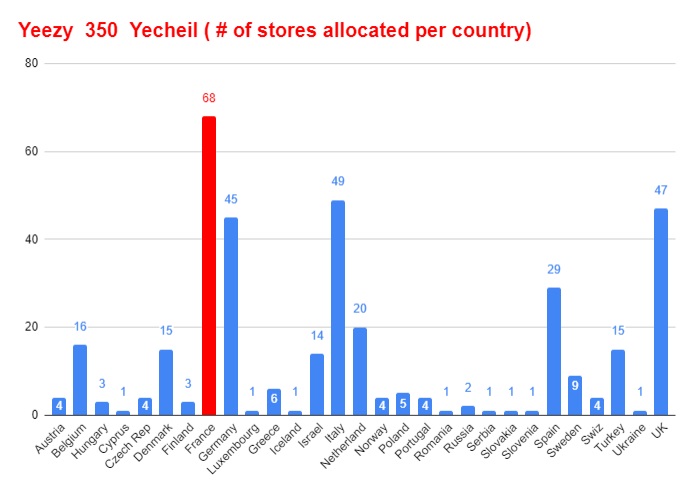 It has been a recurring thing that France always gets more allocation than any other countries in Europe. The total for all Europe is about 374 ( 5 more stores added from the last post I wrote about the Yeezreel 350). 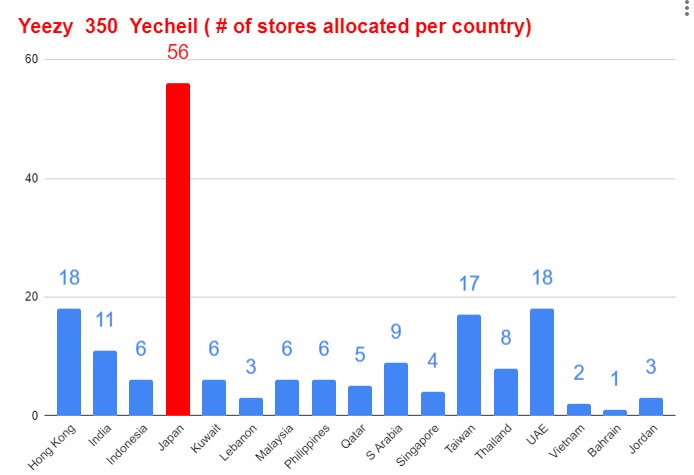 Japan is always leading the flock in Asia with a total of 56 stores given an inventory. Taiwan and the UAE received a little more pairs this time as well. And once gain, South Korea was not included. The overall number of stores allocated in Asia is about 179. 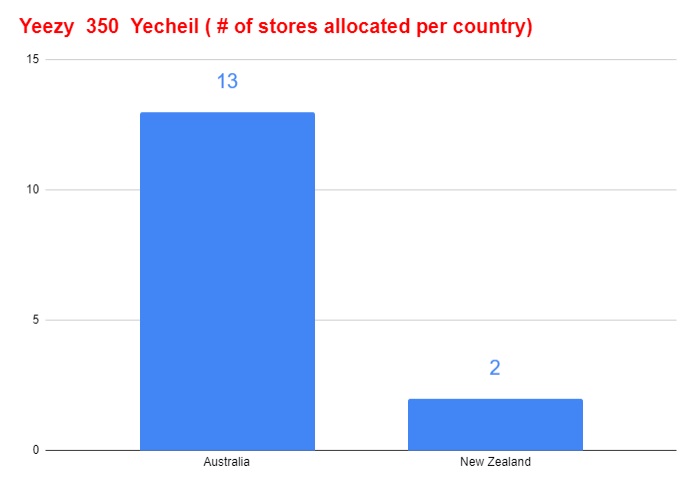 When I was projecting the number of pairs of the Yeezee 350 Yeezreel, 14 combined stores in Australia and New Zealand were allocated. This number went up by one with a total of 15 stores now. 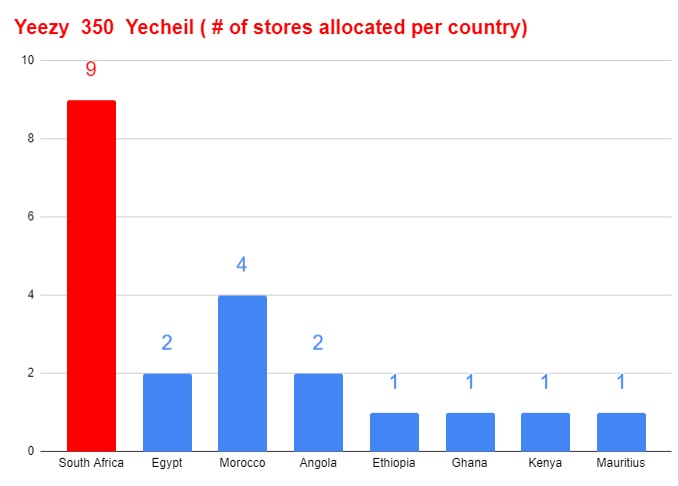 The great news comes from Africa; in the last projection post I wrote, only three countries in Africa were given an inventory, and no west , est and central African nations were included. This time Adidas added several locations and one my closest neighbor Ghana was included. The total from Africa is about 21 which is 14 more than the last time.

I’m not going to include North America this time because US retailers have not been included just yet, so it’s useless for me to mention them. I’ll include South America and Canada though. 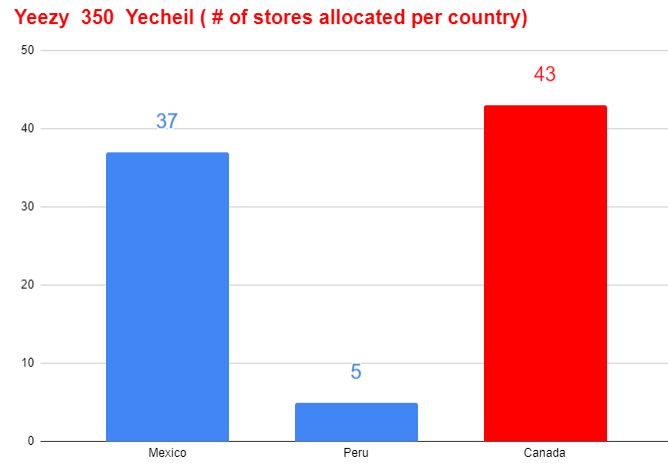 Now all that is left to do is set up our assumptions and run our numbers. Let me include this screenshot I received on Youtube 24 hours ago, see picture below 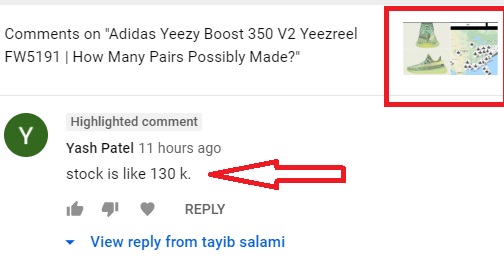 I projected 60,000 pairs for the Adidas Yeezy 350 Yeezreel but in the picture above, individual  asserted that 130,000 pairs were rather  produced. I can’t verify that information but I realized that for this to be true each store allocated would’ve had to receive about 120 pairs ( 4 pairs per size). So my new assumptions will be: 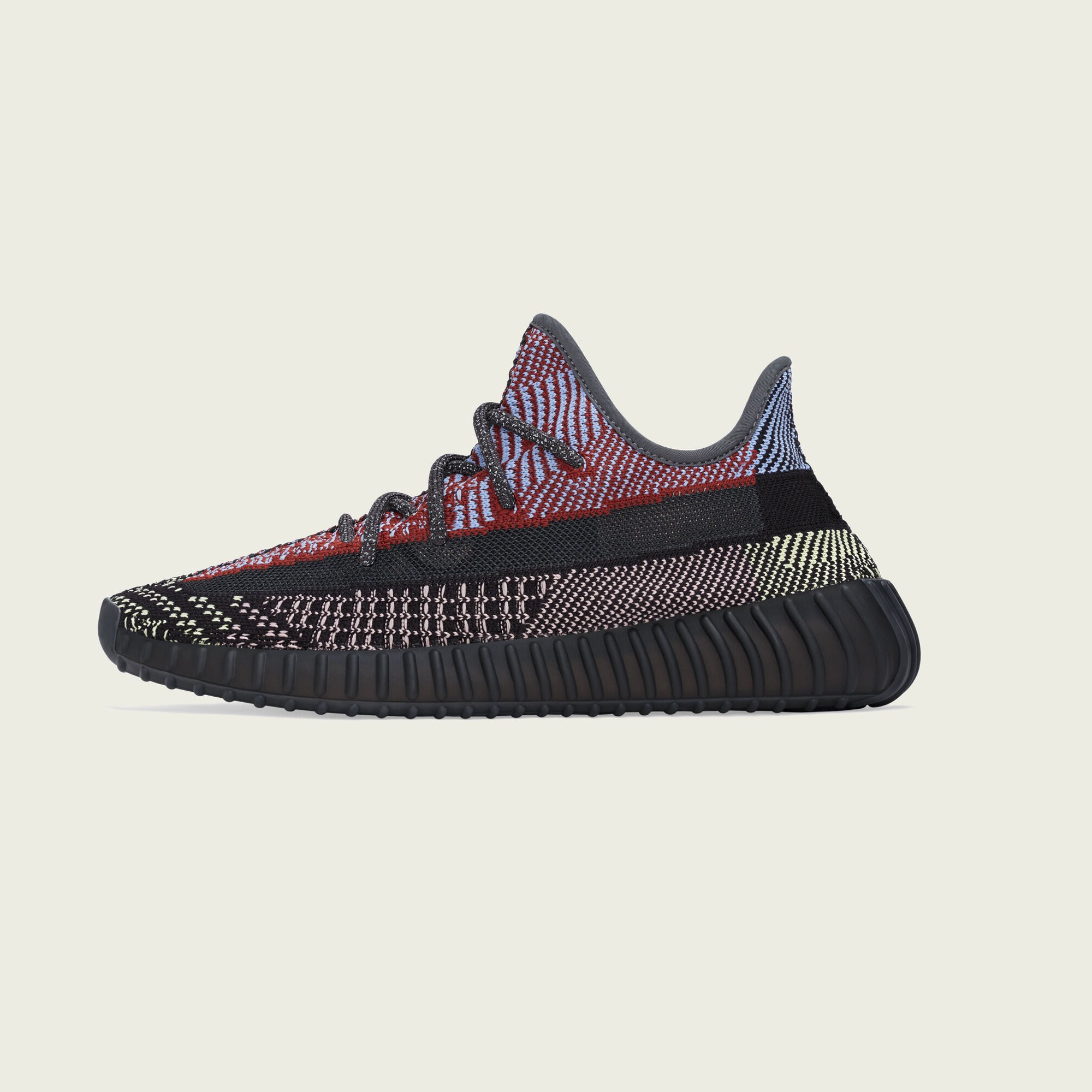 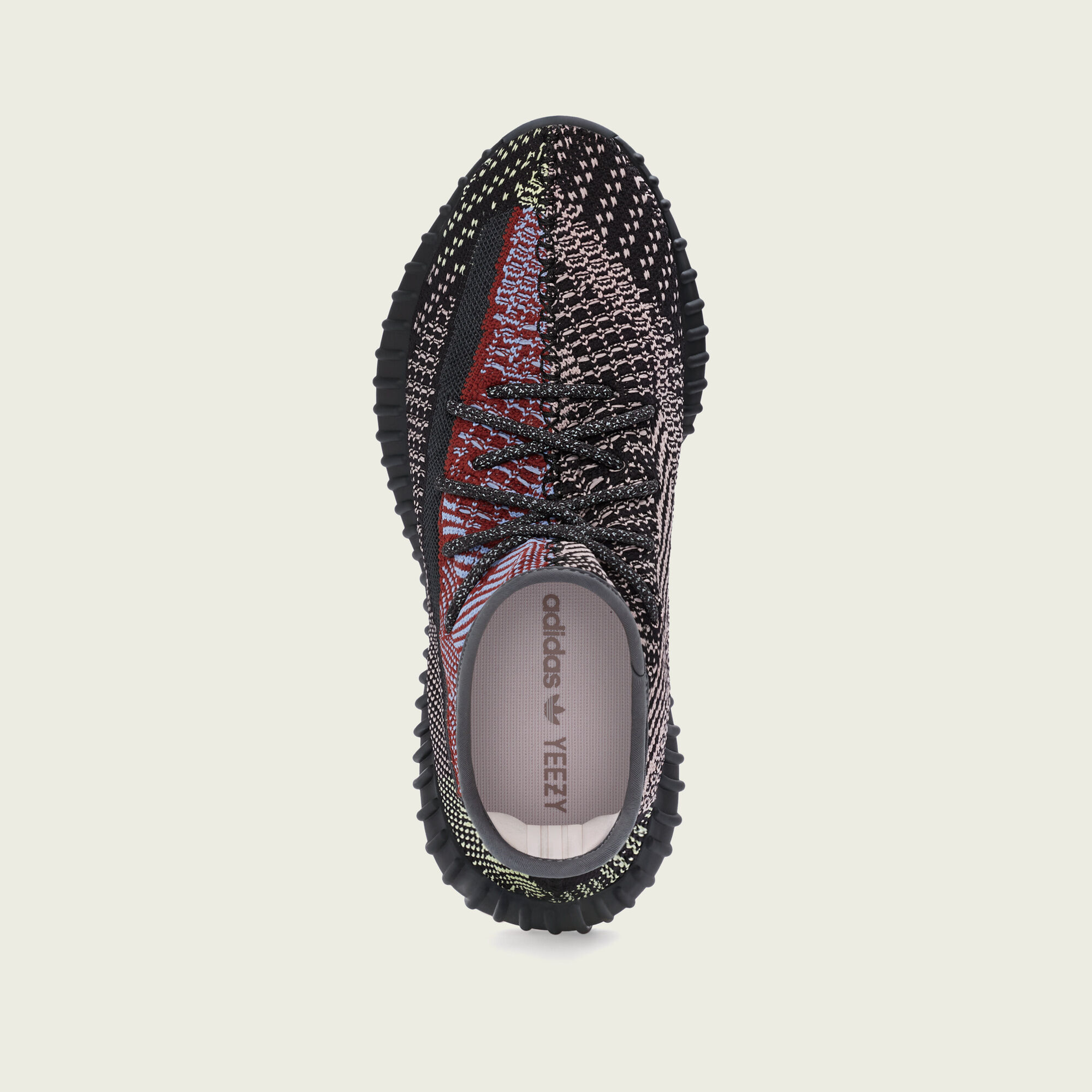