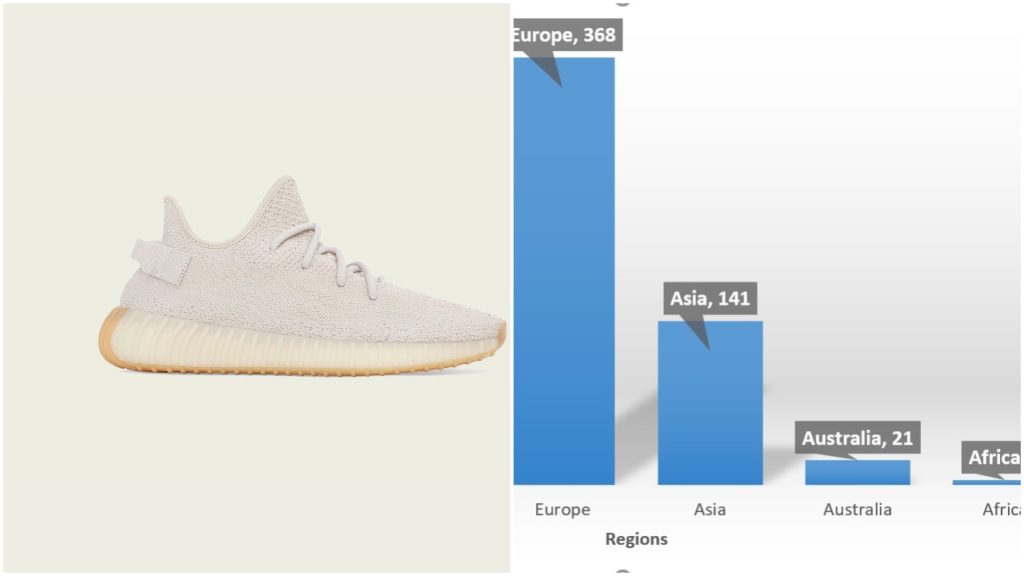 I wrote a post a couple of weeks ago about the number of pairs of the Zebra Yeezy produced;  I wanted to do the same with the Sesame edition but I couldn’t get access to the number of stores receiving an inventory via the Adidas Store Finder feature ( a few days ago). To my surprise, the feature was rendered active again this morning so I decided to follow through with my initial plan. I’m doing this for future releases of the Yeezy 350’s; if I can come up with another estimate today, we’ll be able to establish a linear regression model for the next general releases, so this is good news for all of us. So I took a count of all the international stores receiving an inventory and came up with 618 locations internationally ( for the zebra edition it was 533 so the number continues to increase). I decided to put the data in a histogram to show you the number of countries in each region that were getting the most inventory. I broke it down this way: 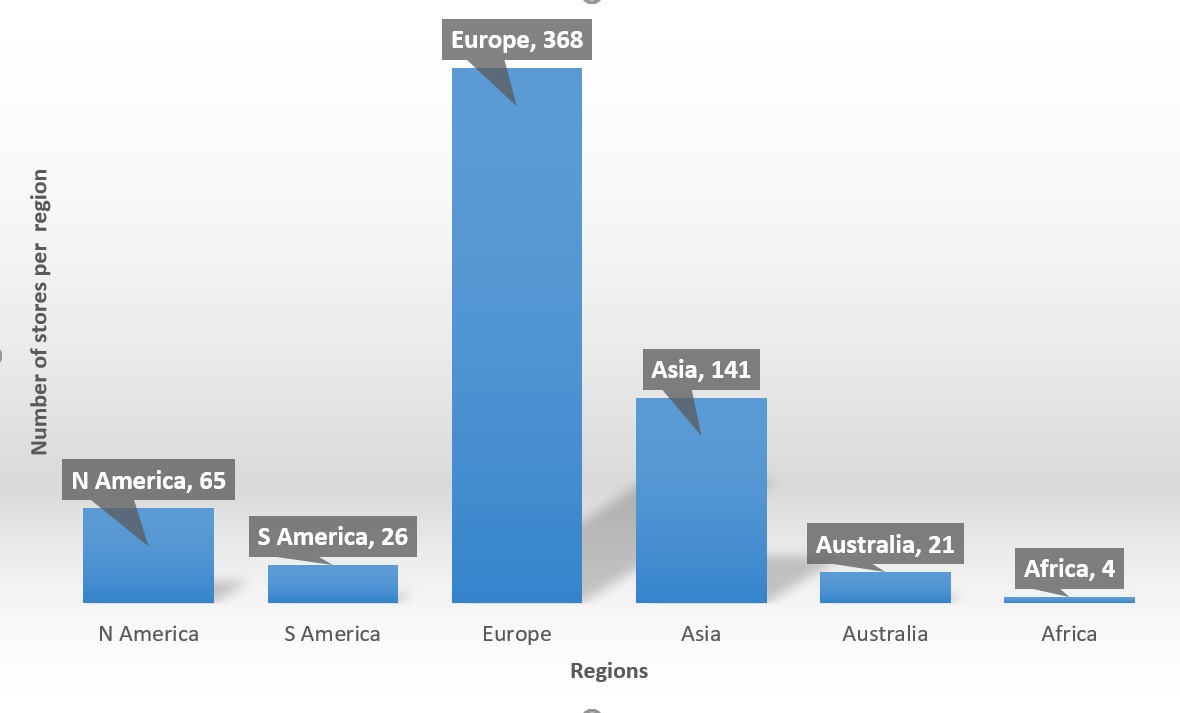 You can clearly see that out of all the regions getting the shoes, Africa is still severely neglected. Kanye West’s objective when creating the Yeezy was to make it accessible to all but you don’t have to be a rocket scientist to realize that the shoes weren’t made for those the World considers to belong to the third world. I just wanted to point that out, now let’s figure out how many pairs were made using the following assumption

I could be totally wrong ( based on my assumptions) but all I know is that they will be available in substantial numbers and the current resale value doesn’t disagree with my assertion.

The average sale price of the shoes according to StockX is $292 but this could be due to several reasons. The company has recorded 1697 sales ( and that includes the original version of the shoes) so that could be a false positive. If you also take a look at the red box, you’ll see that the shoes didn’t sell for more than $270 on common sizes ( sz10-12). The highest it sold was was $295 and that was for a a size 14 ( which is relatively hard to come by). Resellers may not score any home runs on the Sesame 350’s but those that can get their hands on a substantial amount of pairs will do well on them. They will definitely sell out via Retail but Adidas will be smart to lower the retail price on them if the brand is looking for longevity.

Here are the current asking prices of the sneakers on eBay