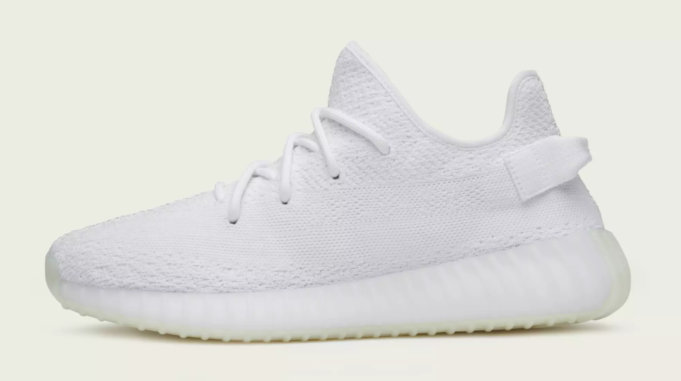 I don’t know how true this rumor of a million pairs of Yeezy 350 v2 being restocked is so take this news with a grain of salt. Adidas has yet to release a statement about it so hold your horses. I do believe that it is true because I wrote a post several weeks ago asserting that Adidas was too frightened to release a million Yeezy sneakers at once. See link below and read it in its entirety to see the reasons I gave to support my statement.

The first thing that crossed my mind when I heard about this possible restock is that brands do listen to objective individuals who take the time to go a bit deeper in their analysis of the sneaker game. I find it ironic that out of nowhere Adidas just decided to release a million pairs of Yeezy’s ( still to be confirmed). It was always Kanye West’s idea from the beginning to make Yeezy sneakers accessible to all so I bet Adidas will use this excuse as a possible explanation for why a million Yeezy sneakers of the same model are being restocked. But in all honesty the real reason why this is taking place is because the brand’s tank is running dry. What I mean is that the only Adidas sneakers that still life left in them and a third party market value are the Yeezy’s. I already wrote several posts about the imminent death of the NMDs, the Ultra boosts and every other derivative of these two models see link below

What I mean about imminent death is that they have lost their value in the third party market and are no longer a HOT COMMODITY-No one cares about them anymore and Adidas has tried to introduce countless new silhouettes to replace the NMDs but each one has been met with a lukewarm response. Hence the only recourse Adidas has left now is the Yeezy sneakers; they still have a considerable market value and it’ll be foolish for Adidas not to capitalize on it. They are learning a thing or two from BIG BROTHER NIKE. Remember Nike’s Edit To Amplify Campaign and its ultimate goal-focus only on products that work ( the products that people want). Some of you may wonder why I’m referring to third party markets, I’ll explain why. As much as people want to deny that resellers directly affect the sneaker game, the reality of the matter is that without the resellers the Yeezy has no value. There was a time where the only shoes I was flipping were NMDs. Now You’ll be lucky to get more than a $100 for a Primeknit Adidas NMD. The brand even went as far as reintroducing the OG NMDs and even those did horrible on third party marketplaces. It makes perfect sense for Adidas to release a considerable amount of Yeezy sneakers for sustainability purposes. When I say sustainability, the focus here is not revenues but protecting/preserving the brand’s image. Yeezy sneakers don’t really bring that much revenues to Adidas because they are limited but they serve as the brand’s ambassador as far as making it cool to wear Adidas. Analysts always want to deny that Kanye West was the catalyst to Adidas’s success but we are getting to the point where it’s now evident that he is. But there is a huge problem that I see here- maybe creating too many Yeezys may have dire implications in the future. People are always fleeting and the minute they realize the Yeezy is accessible to all, they’ll shun it. Jordan retros suffered from it and Adidas is playing a dangerous game by subjecting its most prestigious sneakers to a possible curse. I won’t be surprised if in 2020, Yeezy sneakers are on sale in retail shops ( if Adidas takes on this journey). This is definitely a great time to be a collector because the consumer is totally running the show. I’m hoping that Pharrell’s NMD Hu collection be produced in gigantic quantities too.