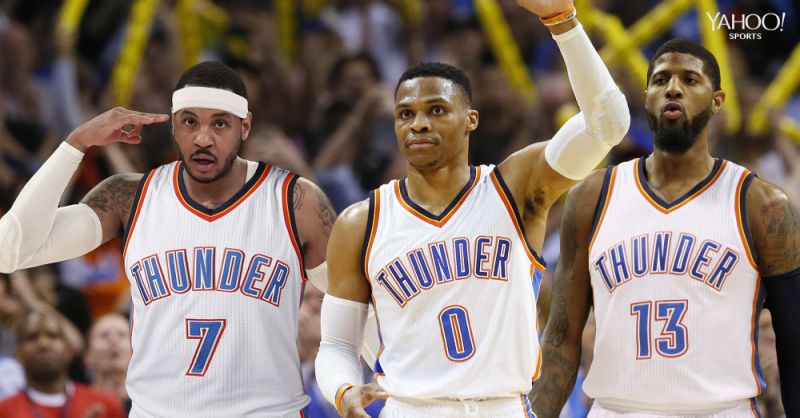 News broke a few days ago about Melo joining the OKC Thunder and I dreaded checking my facebook feeds for some time. I got enough courage to log on  yesterday and sure enough, it was filled with self- proclaimed basketball minds babbling about the Thunder being worse with Melo because Westbrook and Paul George were all ISO ( isolation ) players. People talk as if General Managers don’t know anything about basketball. The same thing was said of Lebron, Wade and Bosh- will they coexist? The league has changed and for any team to have a chance to contend, it must have a minimum of three all star caliber players  surrounded with above average talent. This has been an accepted trend now that won’t disappear any time soon.

That’s not what I’m here to talk about; today I have the same question every basketball fan has: Will Carmelo Anthony Make The OKC Thunder Legit Contenders? And I won’t answer the question but point you to this interesting breakdown from Coach Nick whom I follow on Youtube ( by the way subscribe to his channel via BBallBreakdown). Check the video below and make your own judgement call afterwards.