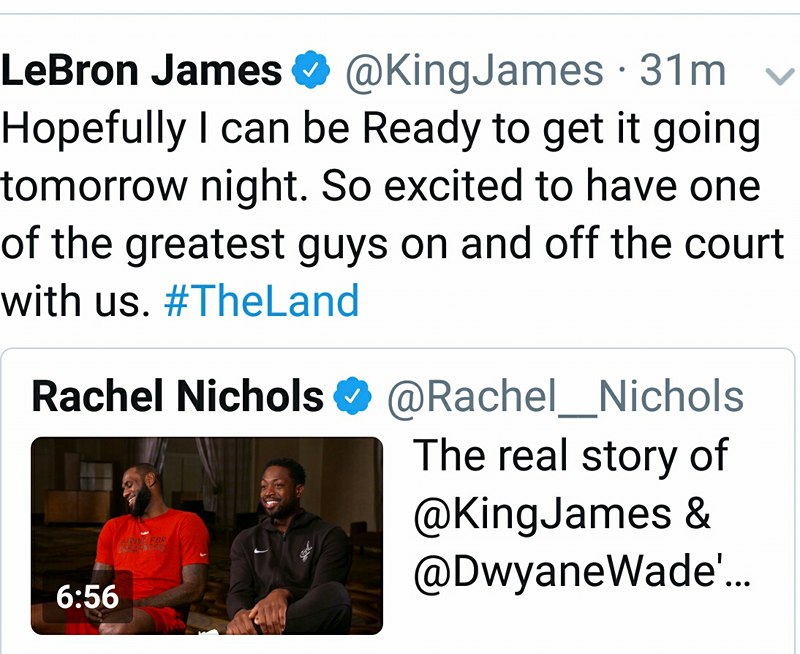 When Kyrie Irving was traded to the Celtics, he didn’t leave Lebron James and the Cavaliers on good terms. Tweets were shared, jabs were thrown and recently Dwyane Wade openly criticized Kyrie as well. We know what kind of prolific scorer Kyrie is and we know that he is out for blood tonight for the season opener against his former teammates. I was just having a conversation with Stanley, a good friend of mine who is very knowledgeable about the game of basketball and who also refers to himself  as a“BASKETBALL GURU” and rightfully so- he has made some very strong predictions over the years that have come true. He even called the Melo trade to OKC years ago. We both realized yesterday that King James might be trying to avoid to season opener. He is complaining about a possible ankle injury that might sideline him for the game. LJ has a history of doing similar things in the past, folding under pressure and all leads to believe that this injury might be an excuse. It may be a legitimate injury but I don’t think it’s that severe that he would miss the game tonight. Anyway, some of you will probably see it as hate because I’m a Celtics fan but I’m looking forward to the game tonight.

Here is what you can expect from the Celtics this year, see post below

How Does The Kyrie Addition Help The Boston Celtics?

and what you can expect from Dwyane Wade