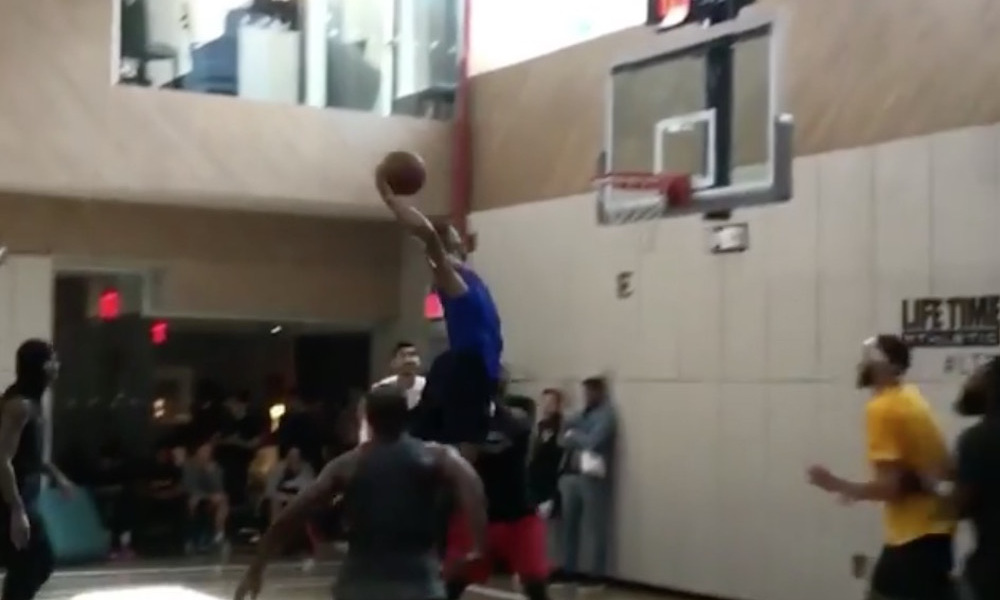 Guys like R. Westbrook will only happen once in our lifetime; I don’t know him personally but I choose to believe that With Rusell Westbrook, what you see is exactly what you get. Why Am I saying that? I just stumbled upon a video of him playing with some other NBA guys in a random gym and his style of play was the same- going hard wherever, whenever, there is no time off. And this is something very rare that you will never see with other guys in the league. Usually what you see from most of the NBA players in the off-season is a lot of  goofing off in  recreational games we see on Youtube. But such is not the case with Westbook, he was playing as if he was wearing the Thunder’s colors again, slashing hard to the basket with electrifying lay- ups. It’s amazing to see and I appreciate guys like that. I can’t wait till the NBA season kicks off to witness yet another MVP season from R.W. Watch the video below and let me know what you think.