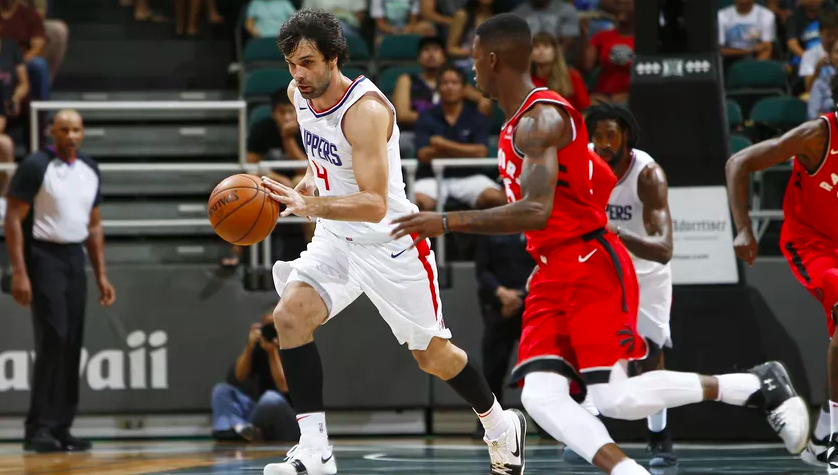 0shares
Serbia Professional Basketball player Milos Teodosic is not Chris Paul but I believe he can fill in the void created by CP3’s departure if utilized properly. I was just watching his preseason debut with the Clippers and was impressed with his play making aptitudes. At 6’5, he is a veteran point guard with a lot of international experience. He is a prolific scorer with an amazing court vision and the ability to deliver passes at the right time. His high Basketball IQ and court awareness are the intangibles that separate him from the average point guard. He is a bit fancy and will wow the crowd with his no look assists. He is an above average shooter who is very familiar and excels in the pick and roll, has a solid mid range game and the ability to create his own shots and is very crafty when finishing at the rim. He is also capable of playing off the ball and you’ll see him involved a lot in the floppy set.   He is under control and  he’s always scanning the floor in transition looking for outlet passes.
My main problem with Milos Teodosic is his very questionable defense; NBA guards are going to exploit that and feast on him, but I think coupling him with Patrick Beverly in the back court will help on hiding his defensive lapses ( Beverly played alongside James Harden, known for his notorious defense).
Will Milos be able to dominate in the NBA is the million dollar questions; I can’t answer that now check out his highlights below courtesy of Real GD’s via Youtube

For a full breakdown of his strengths and weaknesses, check out the video below via BballBreakdown