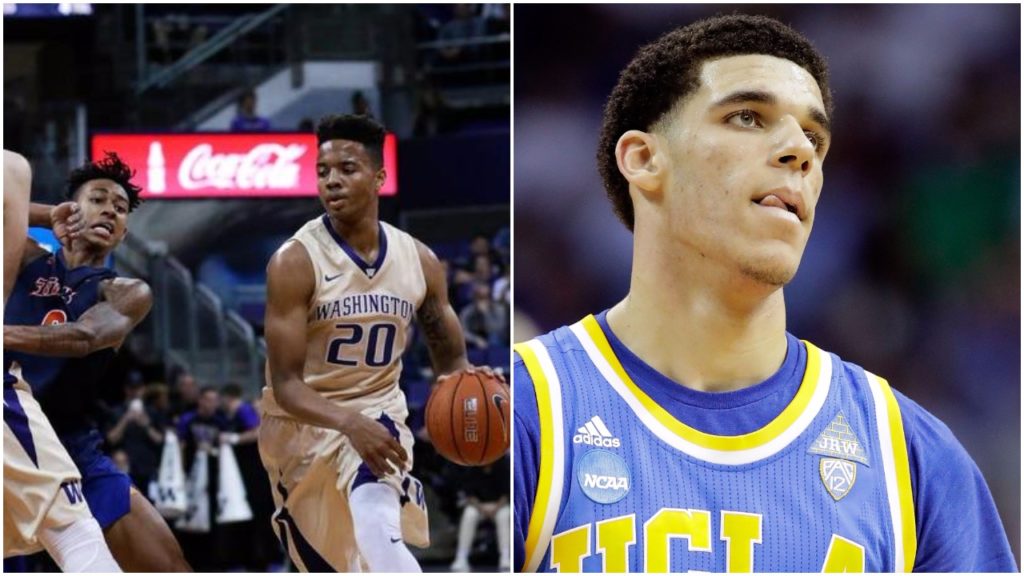 To my shame I’ll admit that I don’t watch a lot of NCAA basketball, not because I don’t want to but because of the lack of talent in general. I get quickly bored when I sit in front of my TV to watch a college game, and the kids keep bricking shots and there isn’t enough scoring. But this year has been an exception because of the Lonzo Ball fiasco; a member of SCB ( Street Corner Basketball) had been talking about the Lonzo kid for quite some time but I never paid attention until his dad came in the picture. Watching some of his highlights, I noticed how he has a great feel for the game of basketball and can literally make a positive impact on  a team immediately. He does have some holes in his game ( lack of pick and roll experience, no mid range game and awkward shooting mechanics). I have also watched Markelle Fultz and in my opinion he is the most NBA ready player in this draft- he has a three point shot, he can see over the defense, excellent in the pick and roll, has a mid range game, can pass, etcc. But instead of me doing the talking I’ll recommend this great video comparing both players from By Any Means Basketball. Please subscribe to this channel, they do an amazing job.