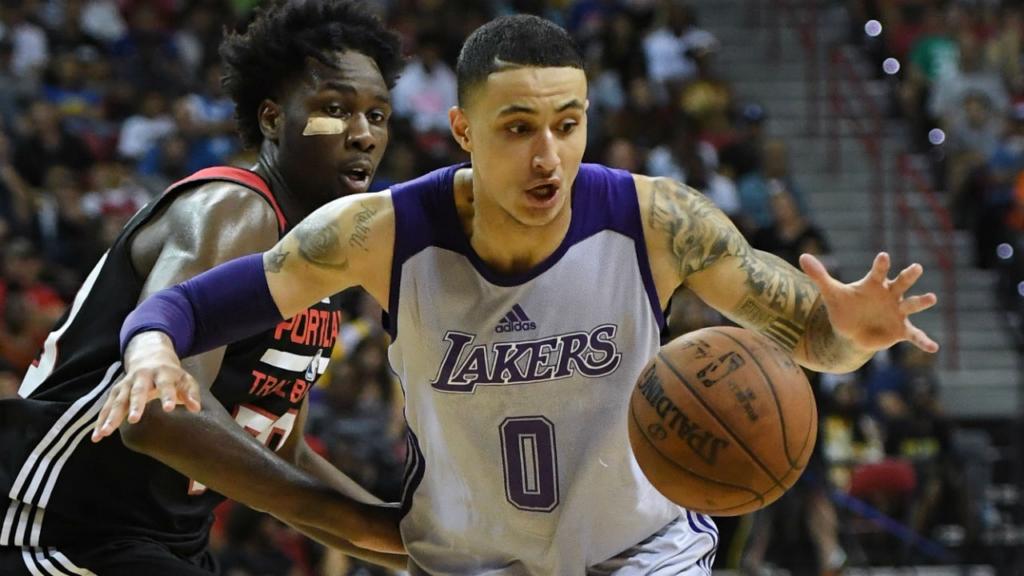 We are two days into the NBA season and I’ve already been impressed with a few of this year’s rookies. I caught a glimpse of De’Aaron Fox prowess last night; he relentlessly put pressure on the rockets defense. What impressed me even more about him was his efforts on the court: he went after loose balls and was being a pest defensively, things that say a lot about his hunger and determination. Others who have also showed a lot of sparks are Ben Simmons who reminds me a lot of Lebron James and his ability to be a floor general. He possesses a certain flair for the game which is really remarkable for the young player he is . Rookie Center John Collins  also put up some impressive numbers against Dallas and the Mavericks’s own rookie Dennis Smith Jr.  was fun to watch. I think the future of the NBA is in good hands.

Tonight we’ll get a chance to see Lonzo Ball hit the floor with the Lakers and I’m sure everyone would be tuned in just to watch him. But I’m more interested in Kyle Kuzma, 6’9″ rookie out of UTAH at the Power Forward position. He was flying under the radar but  no longer because we witnessed a demonstration of his skills in the summer league and the preseason games. He has excellent footwork, can push the ball in transition, plays under control. He is an above average shooter who also excels  in the Pick And Roll, knows when to pop or roll to the basket. His wingspan allows him to contest shot or at least make it hard for the opponent to score. I definitely think the Lakers struck gold with Kyle Kuzma. Coach Nick of BballBreakdown did a quick scouting report on him which I invite you to watch. Be sure to subscribe to BballBreakdown.