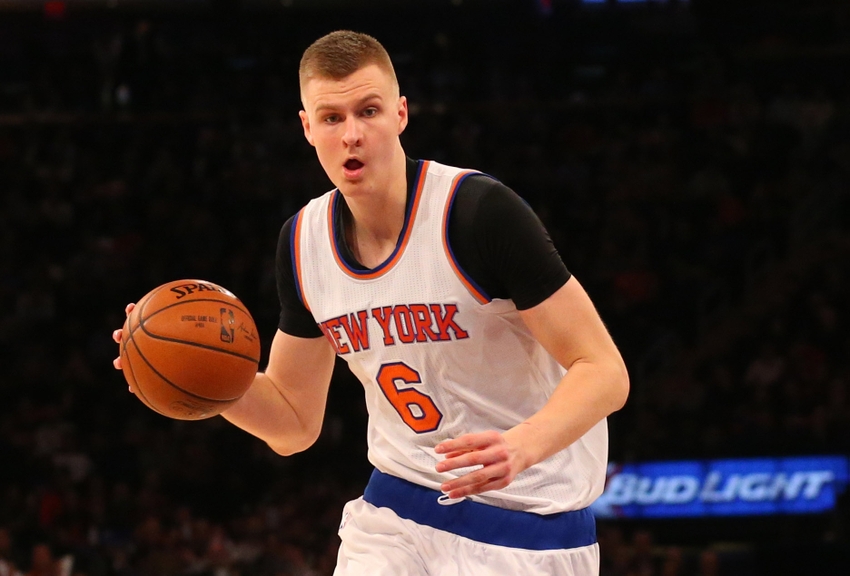 When the Knicks picked Porzingis in the 2015 draft night, booes followed up. I’m sure many thought he was going to be another European hype that will turn out to be a bust . Little did they know about Kristaps’s pedigree; at the age of 20 he was already a proven professional player that left his mark in the Spanish league which is one of the best in Europe. When I watched his profile on draftexpress, I knew right then that New York had picked the right guy. And fans soon find out after his very first games in his rookie season that he definitely was going to be a force in this league. It was becoming clear that Porzingis was going to be the new face of the franchise and he was slowly overshadowing Melo as the season went by. Finally in the 2017 post season, Melo was traded; I’m sure Porzingis had a lot of pressure on him coming into the 2017-2018season. But he has lived up to his expectations on both ends of the floor, and it has been a thing of beauty. As a big man he can run the floor , shoot the triple, put the ball on the floor with a fusion of Olajuwon and Mchale footwork and in the low post . His length allows him to alter, challenge and reject shots in the paint or the perimeter. Well enough with me talking, ByAllMeansBasketball  has just released a thorough breakdown of his game which I invite you to watch in its entirety. Be sure to also subscribe to their channel.

I’ll also urge you to watch the 2015 scouting video of Porzingis prior to him joining the Knicks.