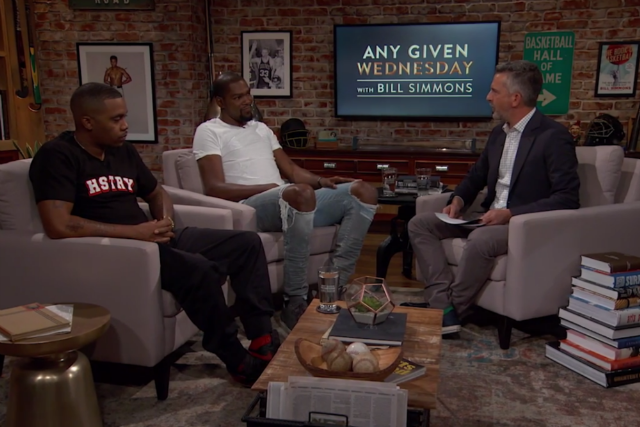 What a nice way to begin your relationship with your new teammate; I think Durant just doesn’t know how or when to shut up. He just created a mayhem by leaving the electric Westbrook and the okc fans heartbroken, and now there he is again  in an interview talking about how bad Steph’s “UA curry 2 low chef” are. Come on now, I know everyone is free to say what they want but i would think he will be wise enough to bite his tongue until he is comfortable in his new setting.

The NBA forward traded in his OKC jersey for a spot alongside Stephen Curry & his Golden State Warriors.

I really don’t know why people dislike those shoes that much, i think this is more like “bandwagon hating” where everyone feels the need to say something negative just because it is cool. Or maybe Durant really knows a thing or two about bad shoes given his own signature  Nike Zoom KD 6 were absolutely terrible and may have been behind his almost demise during the 2015 NBA season. Well, durant is a Nike’s athelte so it will be interesting to see how both brands sales will do right this year; i will be following this pretty close. So what do you guys think of Durant’s reaction? Good move,bad move or meh.

I watched this last night and I don’t remember him saying that.