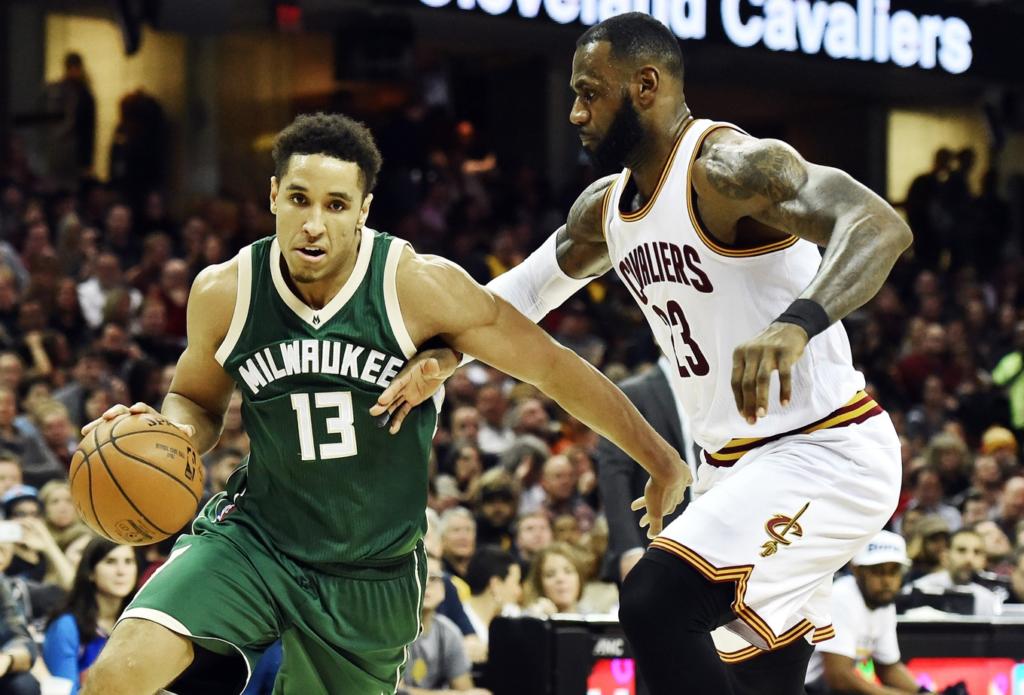 If you had told me that Malcolm Brogdon would be the 2017 NBA rookie of the Year, I would’ve thought it was joke because I had no idea who he was till he dunked on Lebron James. High IQ players like Brogdon often fly under the radar because they are overshadowed by high draft picks. Brogdon was selected by the Bucks as the 36th overall pick in the 2016 NBA draft. I want to believe that current Bucks’s head coach J. Kidd was one of the scouts that recognize Brogdon’s potential.

He played as a SG/PG in his college years at the University of Virginia (2012-2016) where he averaged 18 points in his last season. The first thing that you’ll notice about Brogdon is his ability to shield and protect the ball ( and that’s what you want in a player). He knows how to utilize his off hand to protect the ball which allows him to finish at the rim with ease. He knows how to read and react/attack based on his defender’s position. He can create his own shots and his years at the UVA allowed him to play off the ball as well. He is a capable shooter who can drain the mid range and the triples; he is also an excellent passer with an array of moves and counters who can play above the rim. He is very strong and can blow by his defender by changing his speed in the blink of an eye. One another thing I look for in players is their effort on defense. Brogdon is very deceptive and plays the passing lanes for quick steals; because of his strength and quick feet he isn’t easily movable and can stand in front of most guards in the league.

By Any Means Basketball shared an entire video breaking down Brogdon’s game, see link below and be sure to subscribe to their channel.