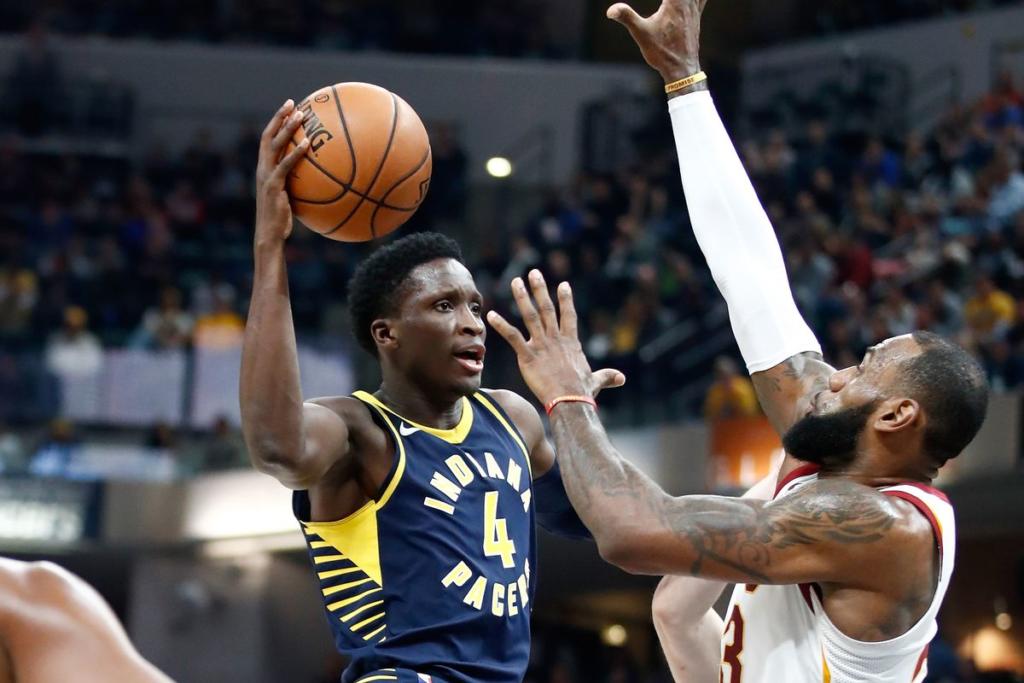 The Cleveland Cavaliers strategically managed to finish fourth for an easier match up against the Pacers. I don’t think Cleveland wanted to play the Bucks or Miami. But they were up for a surprise on Sunday; Indiana made its intentions known in the first quarter against a lethargic Cavaliers’s team. I think king James and his entire crew underestimated the Pacers and they paid for it. Indiana exposed Kevin Love’s horrible defense in the PnR and he is definitely going to be a liability on the defensive end ( I’m not telling anything new here). Lebron seemed disengaged and was often camping out on the corner ( reminded me of his playoff series against Boston in 2010 prior to the decision). One thing that became very apparent is the fact that Cleveland is missing Kyrie Irving on the offensive end. He was often the one to take the burden off King James’s shoulders and right now the Cavaliers have no one to fill in the void. I was watching Game 1 breakdown via Coach Nick and coach Daniel and wanted to share both observations with you guys.