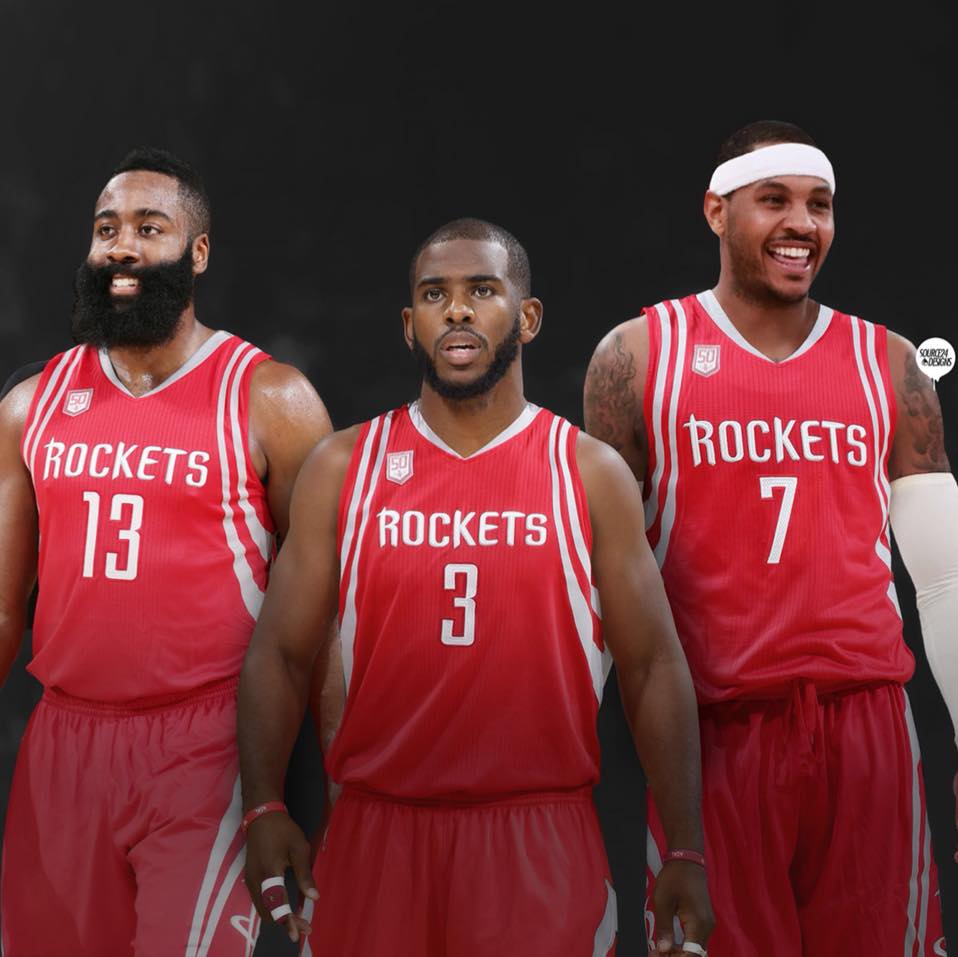 At this point, the NBA has become a circus and most teams are looking to create their own version of the Big 3, but does it really matter when they have to face the Big 5 ( I’m referring to the Warriors starting unit). I just thought about something as I typed the last sentence,

According to the NBA, Carmelo Anthony is planning on joining the Houston Rockets and will sign a one-year $2.4 million deal. Do I think they’ll be the  top seed in the West this season again? I highly doubt it provided they’ve lost a solid defender in Trevor Ariza. Will Melo come off the bench or will he insist on being a starter? I don’t want to say anything negative about Anthony but his past season with OKC proved to be mediocre and a failure. Was he to be blamed for it? Again I won’t answer that because the whole team was meshing very well.  I shared a post last year about Melo being the icing on the cake for OKC, see link below ( and I think he is going into a similar situation in Houston so whatever was said in the video below remains)

Why Carmelo Anthony Is The Icing On The Cake For OKC? The Proof Via Coach Nick