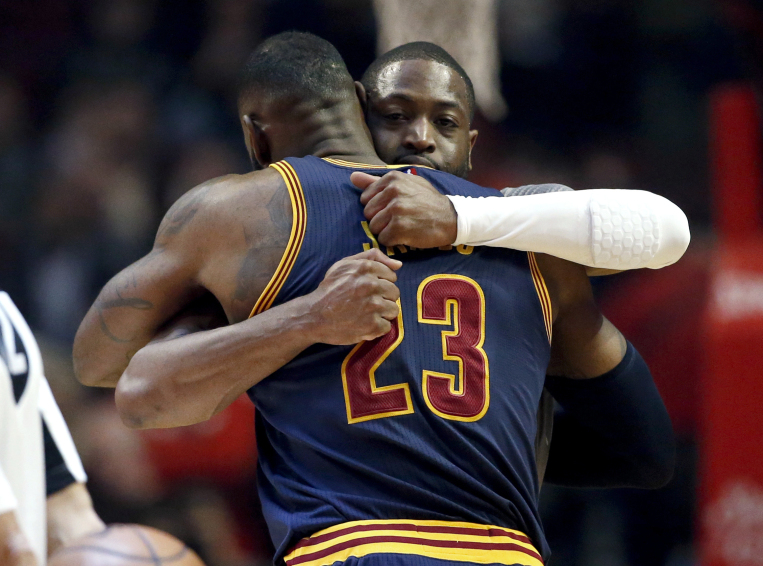 The 2017 NBA post season has been loaded with surprises and it all comes down to teams desperately trying to ways to defeat the Golden State Warriors. The Warriors have sent the NBA into panic with the ease with which they’ve annihilated seemingly tough opponents like the Spurs, Cleveland, the Clippers etc.. In my opinion, the warriors’ toughest test this season will be the OKC Thunder who have just added Carmelo Anthony and Paul George to their roster. You can read it about in the post below

Things in Cleveland have been quite awkward and a bit subtle. They have added some solid pieces to their roster but they’ve also lost their best one-on-one offensive player in Kyrie Irving. The Isaiah thomas addition was supposed to fill the Kyrie void but a hip injury from the latter has brought in a lot of uncertainties. Cleveland has also acquired former MVP Derrick Rose ( whose career has been a bit on the downside) and now Dwayne Wade. Lebron and Wade have had four successful years together which resulted in two championships. The Miami Heat Wade is no longer because he’s lost his athleticism; but D. Wade has developed a post game over the years, and has a solid mid range and can be relied on if used properly. He is still very lethal in the Pick and Roll, very crafty in the paint( with excellent footwork) and has a lot of championship experience. So what exactly does he bring to the CAVS and how can he help the team contend for a championship? That’s exactly what Coach Nick attempted to do today in the video below. Be sure to subscribe to his channel BballBreakdown for additional great content.