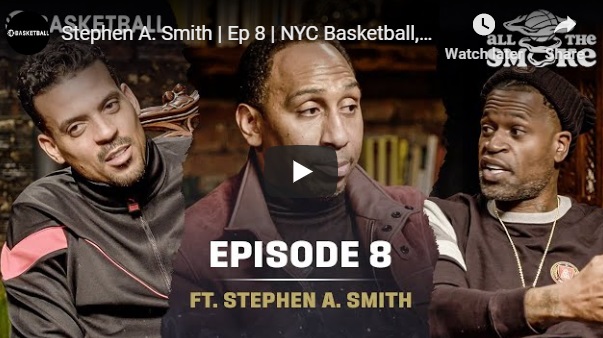 Spread the love
I don’t usually watch shows that are longer than ten minutes, that’s why I seldom go to the movie theater. I enjoy the game of basketball, and if you’re a regular visitor of my website , you’ll notice that I share a lot of basketball related materials.
I recently came across a channel on YouTube named showtime basketball hosted by retired NBA players Matt Barnes and Stephen Jackson. These two guys played for multiple NBA teams and were known for their flaring tempers, especially Matt Barnes. But the off the  court Matt Barnes is a very articulated man and great interviewer. I watched a couple of their youtube shows and got bit irked, not because the content wasn’t good ( their show is very interesting) but there was too much profanity from their lips and my ears couldn’t put up with it. The Lord declares in Colossians 3:7-9:

In these you too once walked, when you were living in them. 8 But now you must put them all away: anger, wrath, malice, slander, and obscene talk from your mouth. 9 Do not lie to one another, seeing that you have put off the old self[a] with its practices

Last Saturday , I gave another crack at their show when I saw that Stephen A smith of ESPN was invited. His command of the English language was put on display and I respected his ability to be real , raw but at the same time polite enough to not use profanities , and just like that I was able to watch an hour and some change of the interviews. Folks don’t have to use excessive profanities to get their point across and Stephen proved it; he is transparent and very consistent and I will invite to watch the entire show as they touch on some very sensitive issues, see video below
One of the other things that caught my attention was Matt Barnes’s attire. He was wearing a red and black puma tracksuit and some red puma shoes and I was wondering whether that was sponsored by puma. This is a show that iss growing in popularity and sneaker brands would do well to pair up with these two guys to push their products. Stephen Jackson also had on a pair of black and red cement 4 . Both of them are have a lot of  consumer credibility and could be a window into several communities in the fashion industry. Brands should definitely consider working with them; their content ( without the profanity ) is engaging, unique and interesting and it will be smart move for brands /retailers to utilize their platform to promote their commodities.