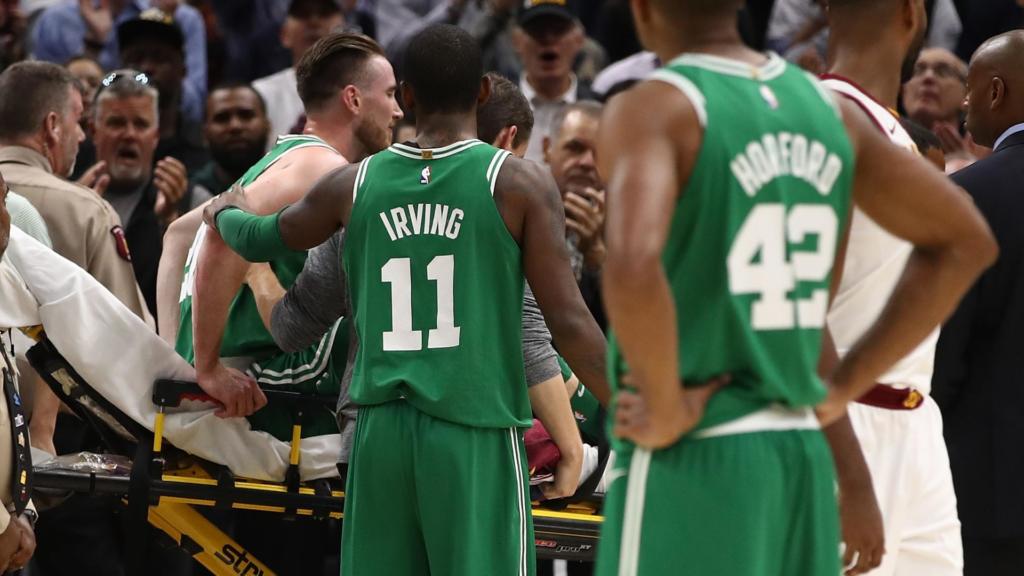 We are all aware of what transpired last night during the NBA season opener between the Cleveland Cavaliers and the Celtics. I’m a Boston fan and I couldn’t wait to turn on my TV to watch the game. Kyrie got off to a hot start by hitting his very first shot off a floater in the paint. Both teams were lighting it up , it was a fast pace game. Cavaliers tightened up their defense and Brad Stevens called a quick T/O to call for one of his ATO plays. And then it happened, Kyrie threw an alley oop pass to Hayward who got  bumped accidentally in the air by king James, and you all know what followed after- gruesome ankle injury.

I couldn’t even watch the replay because of the gravity of the injury. This is the type of injury that sends everyone into panic mode, and that’s exactly what happened last night. You hear sports analysts talk about how this injury could mean the end of the Celtics season, how this is a big blow to their future, basically every other negative prediction was laid out last night in light of Gordon’s injury. We all thought Paul George’s career was going to be over after his freak injury; but he came back stronger and better after his recovery. And I believe Gordon Hayward will come back just as strong and even better. This is just the beginning of the season and I’m glad the injury didn’t take place in mid season. Hardships tend to bring the best out of us and I believe the Celtics will be just fine. This is an opportunity for the young core to step up and elevate their game. Yes, Kyrie and Hayward paired together were the Celtics one-two punch to carry the team’s offensive load. But this is the perfect opportunity for guys like Jaylen Brown and rookie Jayson Tatum to grow, improve their game and show the Boston’s organization why they were picked in the draft. This is also the best chance for kyrie to develop his leadership abilities. He wanted his own team so now is the time for him to play the role of the leader. And with a genius coach like Brad Stevens on his side, I can imagine that this team will thrive and shock the basketball world. I turned off the TV because I thought the game will be a blowout and when I saw the final score this morning, my jaw dropped- the Celtics only lost by a 3pt deficit and this tells me a lot about character of this team as a whole.

I’m going to end my monologue to a direct message to Gordon Hayward. I’m not sure where you stand as far as your belief system but though I don’t know you I’ll be praying for a speedy recovery for you and I’ll leave you with this passage from the book of James

Consider it nothing but joy, Gordon Hayward, whenever you fall into various trials.  Be assured that the testing of your faith [through experience] produces endurance [leading to spiritual maturity, and inner peace].  And let endurance have its perfect result and do a thorough work, so that you may be perfect and completely developed [in your faith], lacking in nothing.

To my Celtics fans I say this: NEVER SAY DIE TILL THE BONES ARE ROTTEN