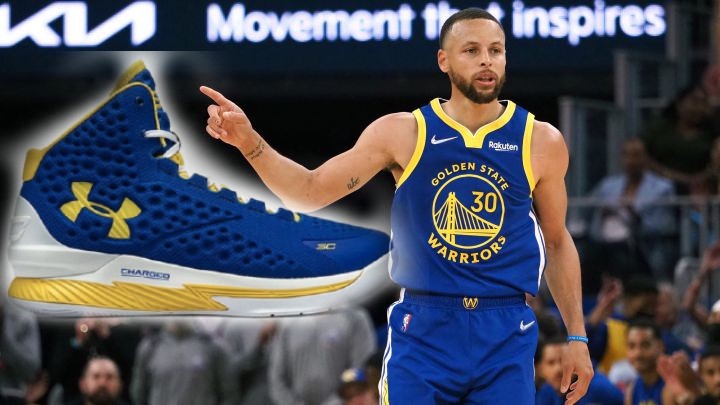 The Under Armour Curry 1 Retro Splash Party was re-introduced a few days ago and quickly sold out via Champs. Some may attribute the shoes’ high demand to a lack of supply, which may be true, but I believe Curry 1 fans were eagerly anticipating the return of some of the classic colorways. The Curry 1 hasn’t been seen in nearly seven years, and it was long overdue for a reintroduction. The brand is preparing to quietly re-release one of the Curry 1’s most iconic colorways, the Under Armour Curry 1 Retro Home edition, and I’m really looking forward to it.

Quick History Of The UA Curry 1

The perfect storm of Curry’s incredible shooting, the Warriors’ fast-paced style of play, and UA’s marketing efforts made the Curry 1 a huge success. Launched in late 2014, the Curry 1 was designed to be a lightweight sneaker that could be worn by Steph on the court. The blue and yellow colorway was inspired by the Golden State Warriors’ uniforms, and the ‘SC30′ logo on the tongue was a nod to Curry’s “Can’t Stop” motto. The Curry 1 quickly became one of the best-selling basketball sneakers of all time, and it helped to establish Under Armour as a major player in the basketball footwear market. When it first hit the market, it was an underdog – a new shoe in a space dominated by giants i.e. Nike and Adidas. But what it lacked in name recognition at the time, it made up for in features. From its innovative design to its comfortable fit, the Curry 1 quickly won over fans. And with its cutting-edge performance on the court, it helped usher in a new era of basketball. To be honest, the splash bothers’ nightly detonations from behind the arc, the story telling behind every colorway, are what actually propelled the shoe to gain greater grounds. 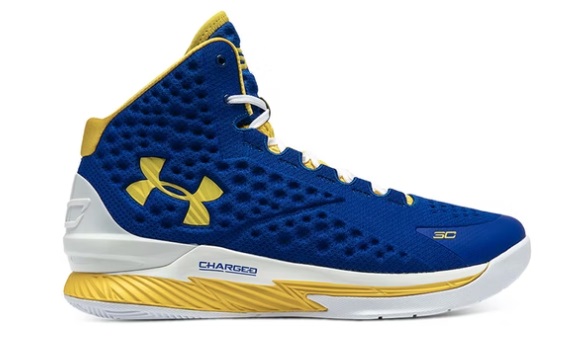 Steph Curry wore the Curry 1 Home edition during his MVP season, and it helped him lead the Golden State Warriors to an NBA championship. The shoe was also popular among Warriors fans, who loved seeing their team win with Curry at the helm. However, the last few years have been tough for the Warriors, as they’ve been plagued by injuries. But this season, Curry was healthy and  playing at an MVP level again until he got sidelined after sustaining an injury at the hands of Celtics’ guard  Marcus Smart. But with the playoff intensity ramping up, there’s no better time to bring back the Curry 1 than now. The home edition is particularly special to Warriors fans, as it is reminiscent of the team’s success during that time. This has led to many fans clamoring for its return. And with Curry recently surpassing Ray Allen as the greatest shooter in NBA history, there’s no better time than now to bring back this iconic shoe.

Where To Buy The Under Armour Curry 1 Retro Home Edition

Where To Buy: Champs