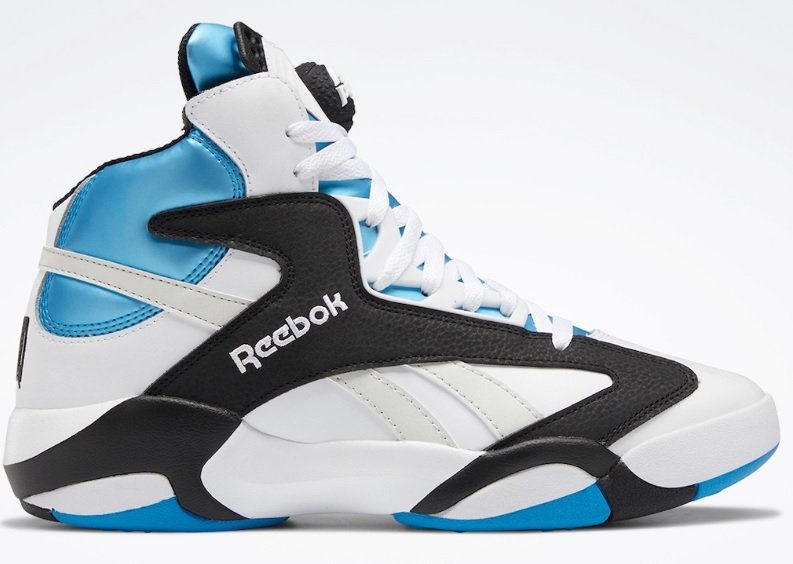 It’s been almost 30 years since the original Reebok Shaq Attaq hit store shelves, and the shoe is back again for the nth time! This retro  includes all the premium features from the original version, including the combined Pump-lace closure, carbon fiber footplate, midsole-integrated crosscheck and side stripe, anodized synthetic collar, and Shaq Dunkman branding at the tongue-back and heel.

For sneakerheads who came of age in the 1990s, this shoe is a must-have. It’s a blast from the past that will take you right back to your childhood (or maybe even your teenage years).Before we get into all the details of this new release, let’s first take a quick trip down memory lane. The Shaq Attaq was originally released in 1992, during Shaquille O’Neal’s rookie season in the NBA. It was one of the first basketball shoes to feature Reebok’s cutting-edge Pump technology, which allowed users to inflate and adjust the fit of the shoe for a customized feel. The Pump system quickly became one of Reebok’s most iconic technologies, and it helped make the Shaq Attaq one of the most popular basketball shoes of its time.

The Shaq Attaq was also ahead of its time in terms of design. It featured a sleek, futuristic look that was unlike anything else on the market. The use of carbon fiber in the footplate was particularly innovative, and it helped set the Shaq Attaq apart from other basketball shoes of the era.

Unsurprisingly, given its cutting-edge design and performance features, the Shaq Attaq was not cheap. It originally retailed for $130 – a hefty price tag for 1992 (and even by today’s standards!). But for many basketball fans, it was worth every penny.

Reebok Is Tapping Into ’90s Nostalgia

In recent years, we’ve seen a growing trend among brands to tap into ’90s nostalgia. And Reebok is no exception. The company has rereleased several classic sneakers from that decade in recent years, including the Reebok Question and Allen Iverson’s signature sneakers. The return of the Shaq Attaq is just the latest example of this trend.

There are two main reasons why brands are tapping into this nostalgia trend. First, there is a huge market for retro sneakers among sneakerheads and collectors. Second – and perhaps more importantly – ’90s nostalgia is currently very en vogue among millennials. This demographic is now old enough to have fond memories of their childhood in the ’90s, and they’re eager to relive those days through fashion and pop culture .

How to Get Your Hands On The Reebok Shaq Attaq

You may also purchase it now on eBay from our featured sellers, CLICK HERE

The return of the Reebok Shaq Attaq is great news for ’90s kids and sneakerheads alike. This iconic basketball shoe features all the same premium materials and innovative design elements as its 1992 predecessor. If you’re looking to relive your childhood or add an iconic piece to your collection, grab a pair before they’re all gone!