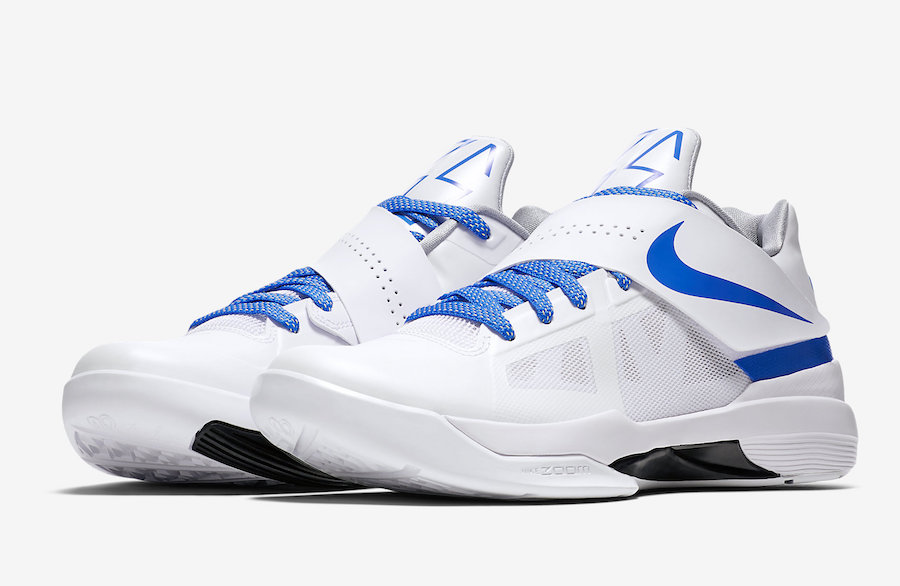 Nike has been very consistent about staying true to its plans for 2018-edit and amplify. Yesterday, the brand announced its next project, the Art Of Champions pack, dedicated to celebrate the moments and sneakers that define basketball glory. You can read more information about it via Nike. Out of the entire collection, the only shoe that caught my attention was the Nike KD IV 4 ” Battle Tested”. There was a time when Kevin Durant wasn’t seen as a traitor, the days where his love story with the OKC Thunder were filled with defining moments. On June 6 of 2012,

Kevin Durant reached his first NBA Finals with a single-game and series performance that showcased smooth, otherworldly abilities and announced his arrival to the planet. Facing the daunting Spurs and their championship pedigree in the Western Conference Finals in his KDIV, KD stared down an 18-point halftime deficit in Game 6 and battled back to win on the strength of 34 points and 14 rebounds. Sweeping Dirk Nowitzki’s defending-champion Mavericks, then sending Kobe’s Lakers on summer vacation before dropping the mighty Spurs made for a tremendous trifecta — KD’s Thunder had eliminated the only three teams that had represented the West in the Finals for the past 13 years. Despite ultimately losing the Finals to LeBron’s Heat, KD led all players with 30.6 points per game on jaw-dropping 54.8-percent shooting and showed the world the dominance he would display five years later when he hoisted his first trophy.

The Nike KD IV is my favorite silhouette out of all Durant’s signature shoes. In my opinion, the masses didn’t start loving the KD’s sneakers until the Galaxy KD 4 were released. I don’t think Nike has been able to replicate the success of the KD 4 with his other shoes. One of the reasons why the 4’s did so well was the price point. They were only $95 If I’m not mistaken. Nike ought to take a page out of New Balance’s book and charge only $95 for the “Retro KD 4 Battle tested”. If the company is really about paying tribute to basketball glory then there has to be consistency with the price as well. According to the cpi inflation calculator, the shoes ought to be priced at $105, so anything above that wouldn’t be fair . How can Nike justify charging an extra $35 ( 33% mark up) for the shoes? Packaging? Materials? any extra bonus? I’ll let you figure that out.

Since Nike is reintroducing kobe’s sneakers, the brand should just dive into its archives and resurrect various colorways of the KD 4’s i.e. Easter, Galaxy, Scoring title,USA, weatherman,YOTD

just to name a few. That will be a brilliant move with big dividends. They can even introduce some PE colorways during the playoffs and parallel the same thing they are doing with Lebron James at the moment-release the shoes to the general public every time Durant wears it during a game. Nike has a variety of options here that can reignite its basketball line. Until then, enjoy the pics below and stay tuned for further updates.