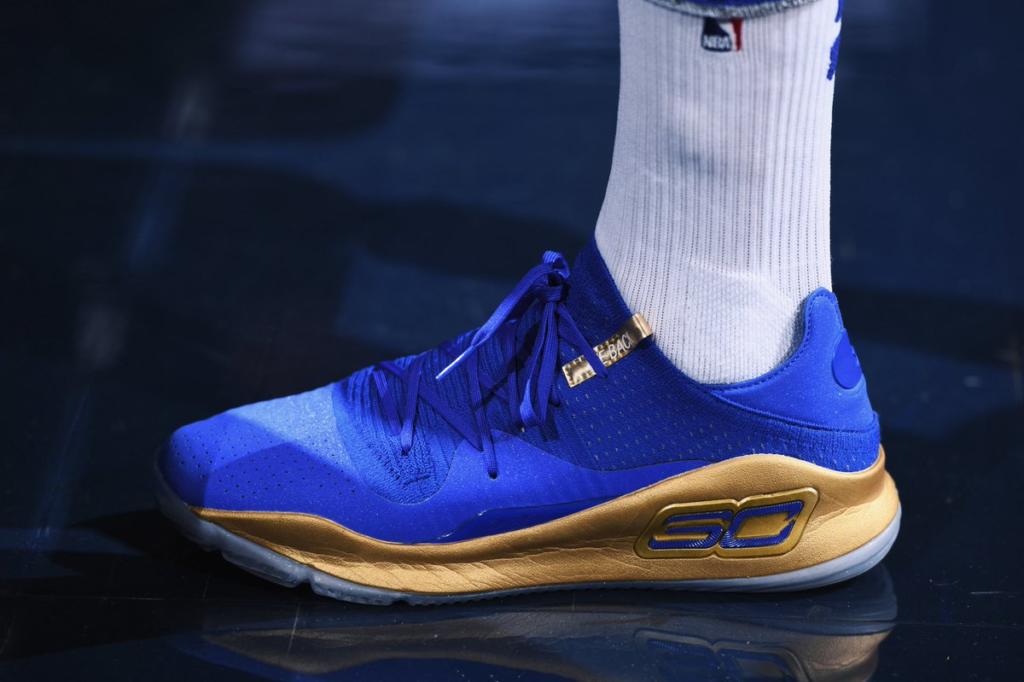 The warriors started their season a little slow; they loss three games out of ten. Some attribute it to boredom which is partly true, but let’s not forget every arena they step into , they are the bull’s eye hence need to come prepared and ready for battle. The Curry 4 is definitely on my radar but there has been a bit of controversy with the release of the shoes ; they were supposed to drop officially a couple of weeks ago but for some reason the men’s shipment got delayed. Well Steph Curry was spotted with a low cut version of the UA Curry 4 in the Warriors home jersey colors. The shoes feature an all blue synthetic upper with gold hitting the midsole. His “SC” logo will occupy the heel side of the midsole in blue; perforations appear to cover the entire shoe  for ventilation purposes. I don’t know if Steph will actually play in these because of his problematic ankles. He was performing his pre-game dribble drills in the shoes but I think he will eventually put on his ankle braces comes game time. I’m not sure when these low cuts will be available to the general public so stay tuned for further updates.

Steph warms up in the @UnderArmour Curry 4 Low