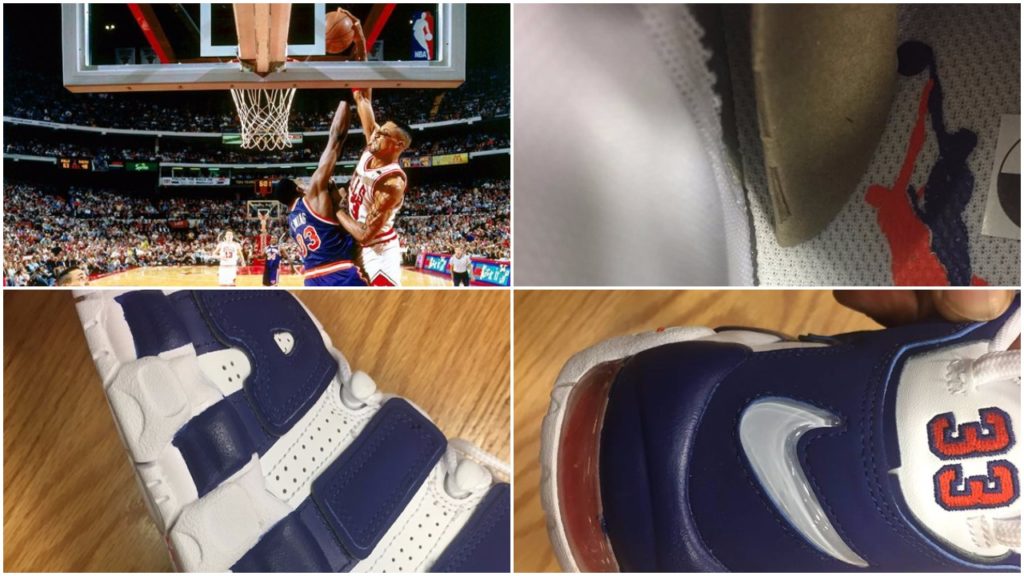 It was Game 6 of the 1994 Eastern Conference Semifinals between the Bulls and the Knicks. On one of the fastbreaks I guess P. Ewing tried to block Pippen and was utterly demolished by A MONSTROUS DUNK  followed up by a disrespecting push off afterwards courtesy of Scottie again. Pippen said of this dunk,

That’s probably got to be at the top. Any time you dunk over a seven-footer and a so-called shot blocker, it’s something. It’s probably one of the most replayed dunks of mine that you see.

Well, Nike has mastered the art of capitalizing on defining moments like this and is releasing  the Nike Air More Uptempo Knicks with the dunk imprinted on the insoles. I think the Dunk was put in the wrong place. It should have been placed on the back panel instead- basically put Pippen’s #33 on the left shoe and the dunk on the right panel or vice versa. The shoes themselves come in white and are highlighted by the Knicks blue uniform color on the side panels lettering. They feature a premium leather upper with nubuck overlays on the panels’s “AIR” wording. An orange swoosh logo can be seen on the midsole reminiscent of the Knicks colors.

The side panels are covered with perforations for a ventilated comfort; pull tabs placed on the tongue and the back will ensure easy entry and exit. The sneakers are also equipped with full length air units for cushioning purposes.

Scottie Pippen was a small forward who could do it all on the court, offensively and defensively. in many games his assignment was to shut down his opponent’s best offensive players. He could drive to the basket, pass the ball, shoot and had some of the most ferocious dunks in his era. Lebron James’s game has been compared a lot to Pippen’s. Check out the famous poster dunk in the video below courtesy of Chicago Bulls via Youtube

The men’s sizes are set to drop in September but Kids sizes are available right now on our shop. 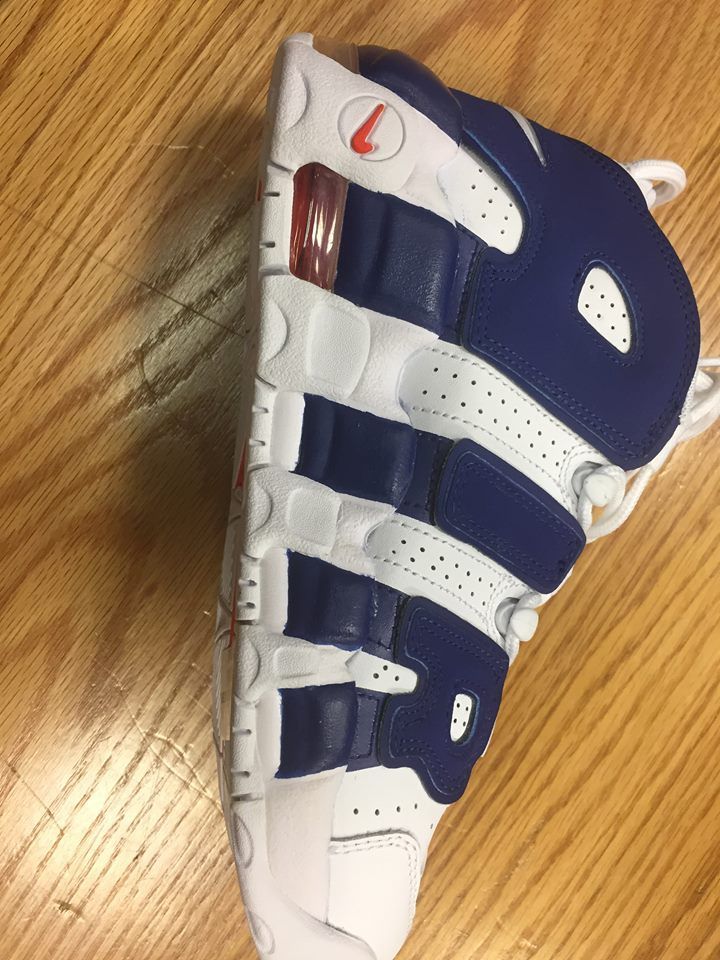 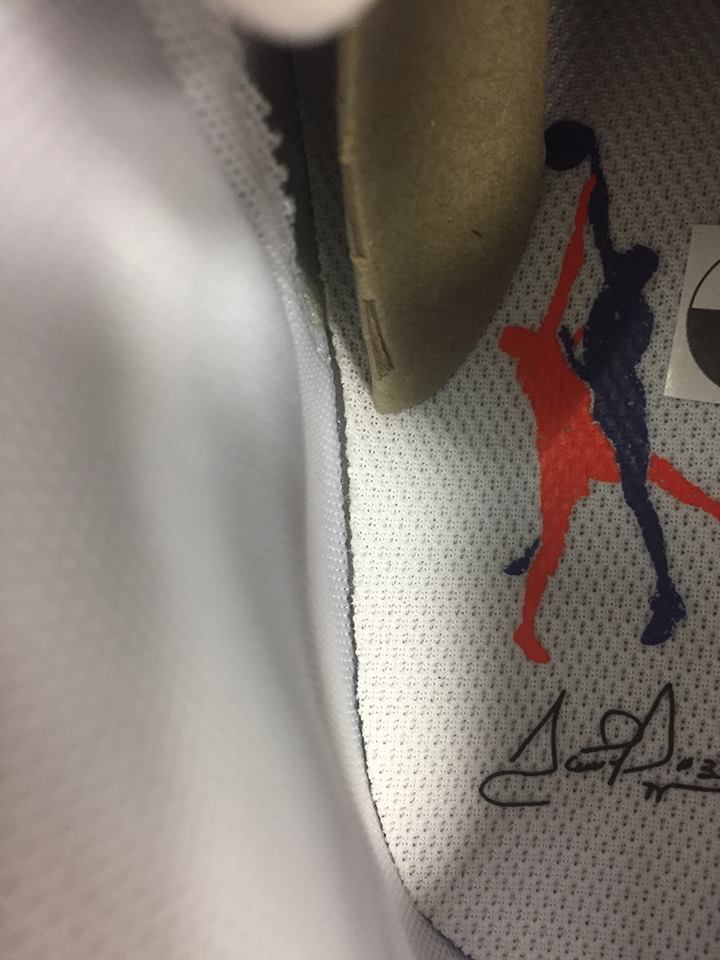 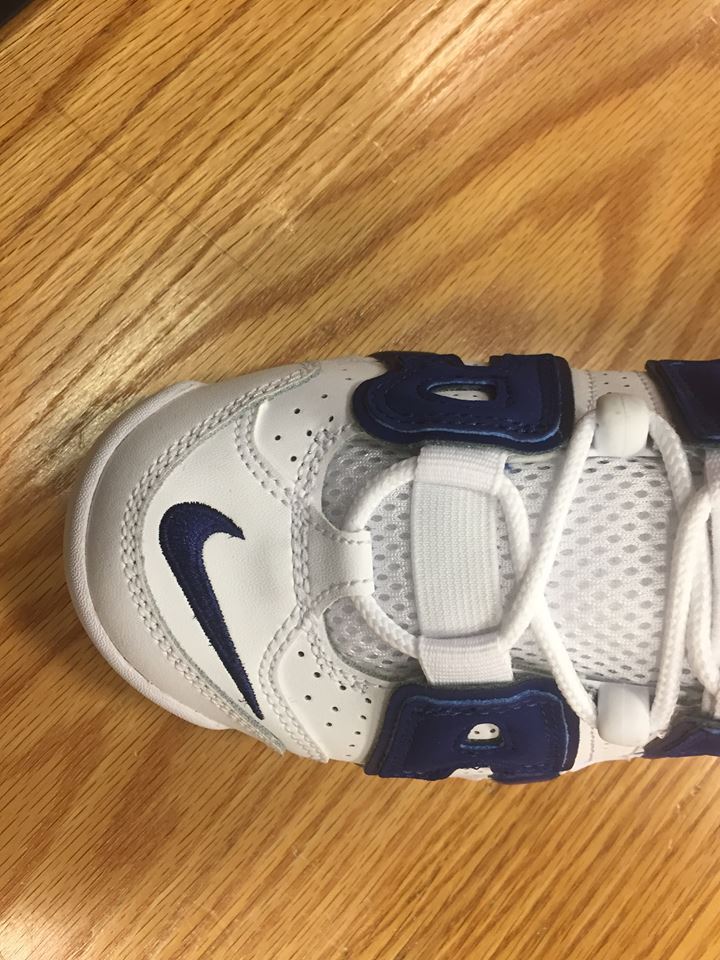 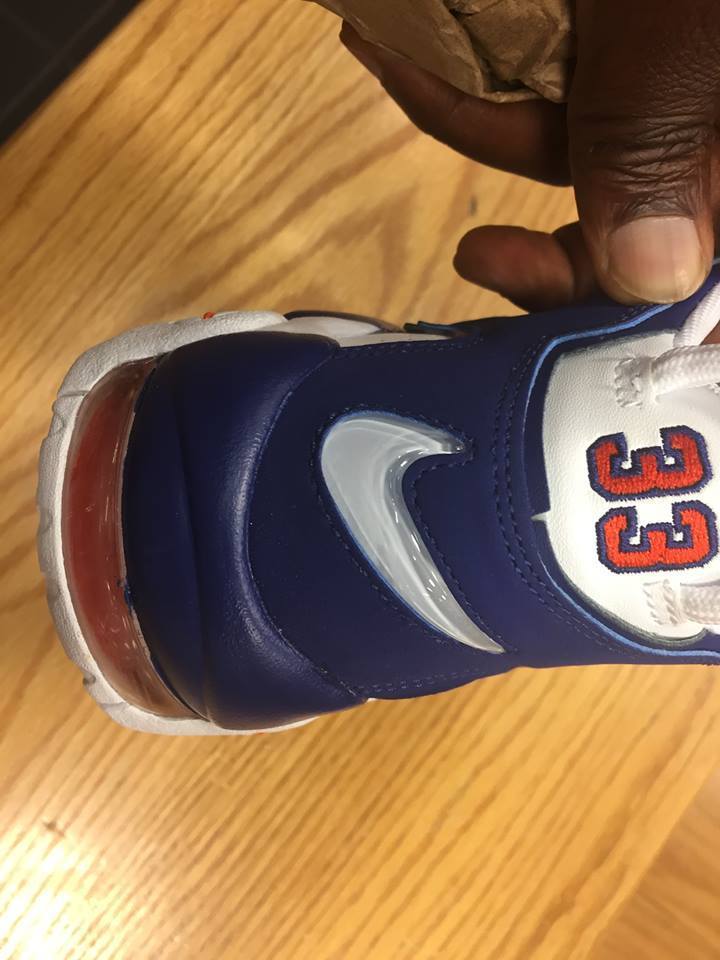 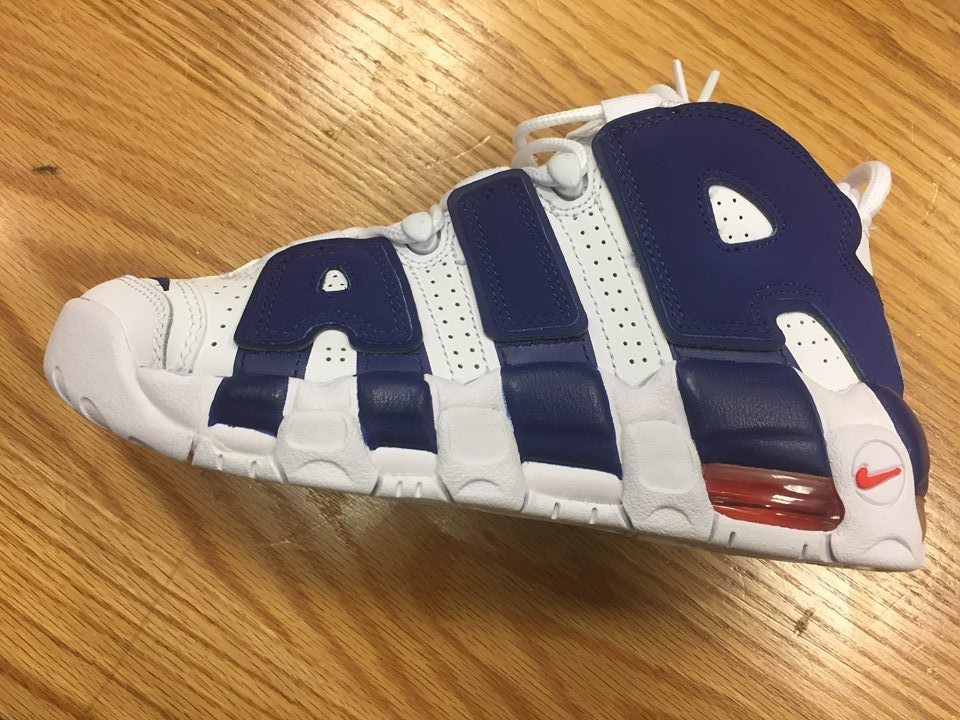 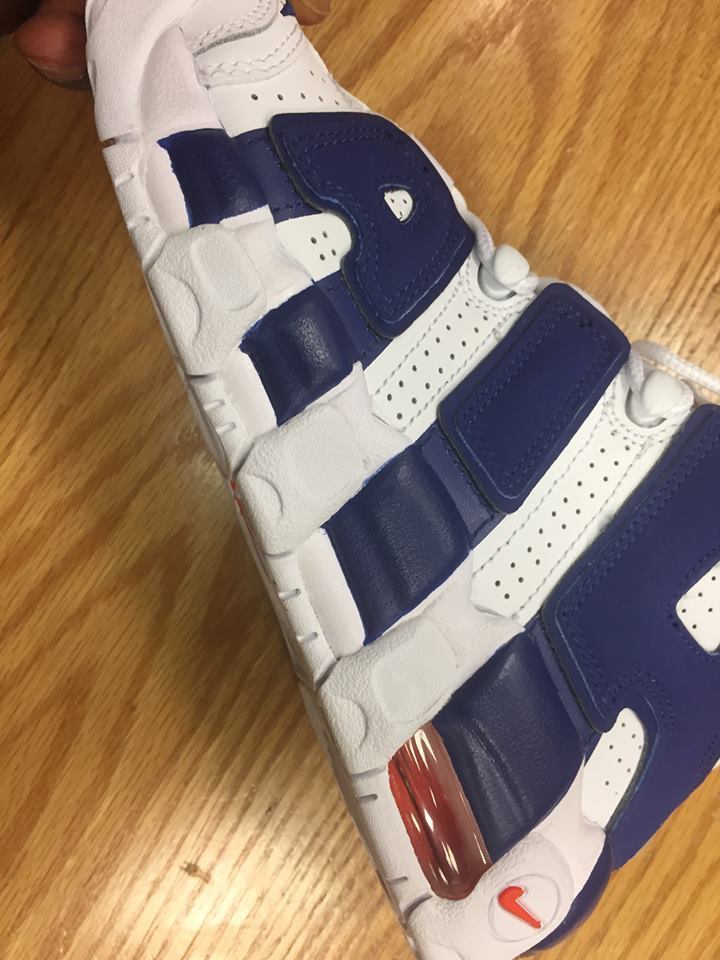